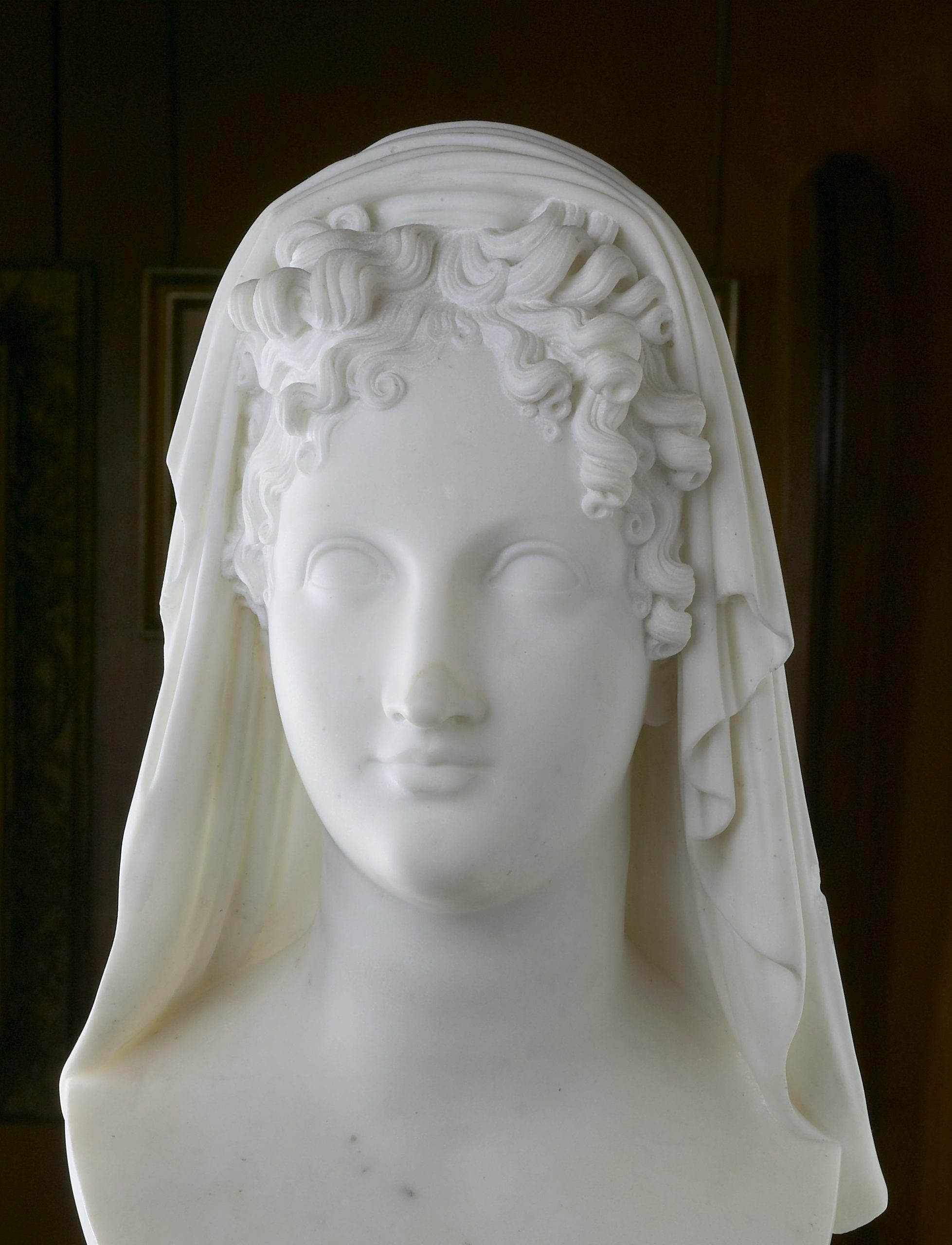 Juliette Récamier (1777–1849) née Jeanne Françoise Julie Adelaïde Bernard was a celebrated French beauty and social figure. At 15 she married Jacques Récamier, a wealthy, middle-aged banker, although their marriage was a mere formality. Her fashionable salon was, from the Consulate to the end of the July Monarchy, a gathering place for some of the most influential political and literary figures. Although many men fell in love with her, Mme Récamier, whose nature was ineffably gentle and unpassionate, probably never had any but platonic attachments. The most celebrated of her liaisons was that with Chateaubriand, to whom she devoted the later part of her life. Among her friends were Mme de Staël, Sainte-Beuve, and Benjamin Constant. The famous portrait of her by Jacques Louis David hangs in the Louvre. It won the grand prize at a show by The Western Art Union, perhaps the most successful art union in America, which had been established in 1847 in Cincinnati.