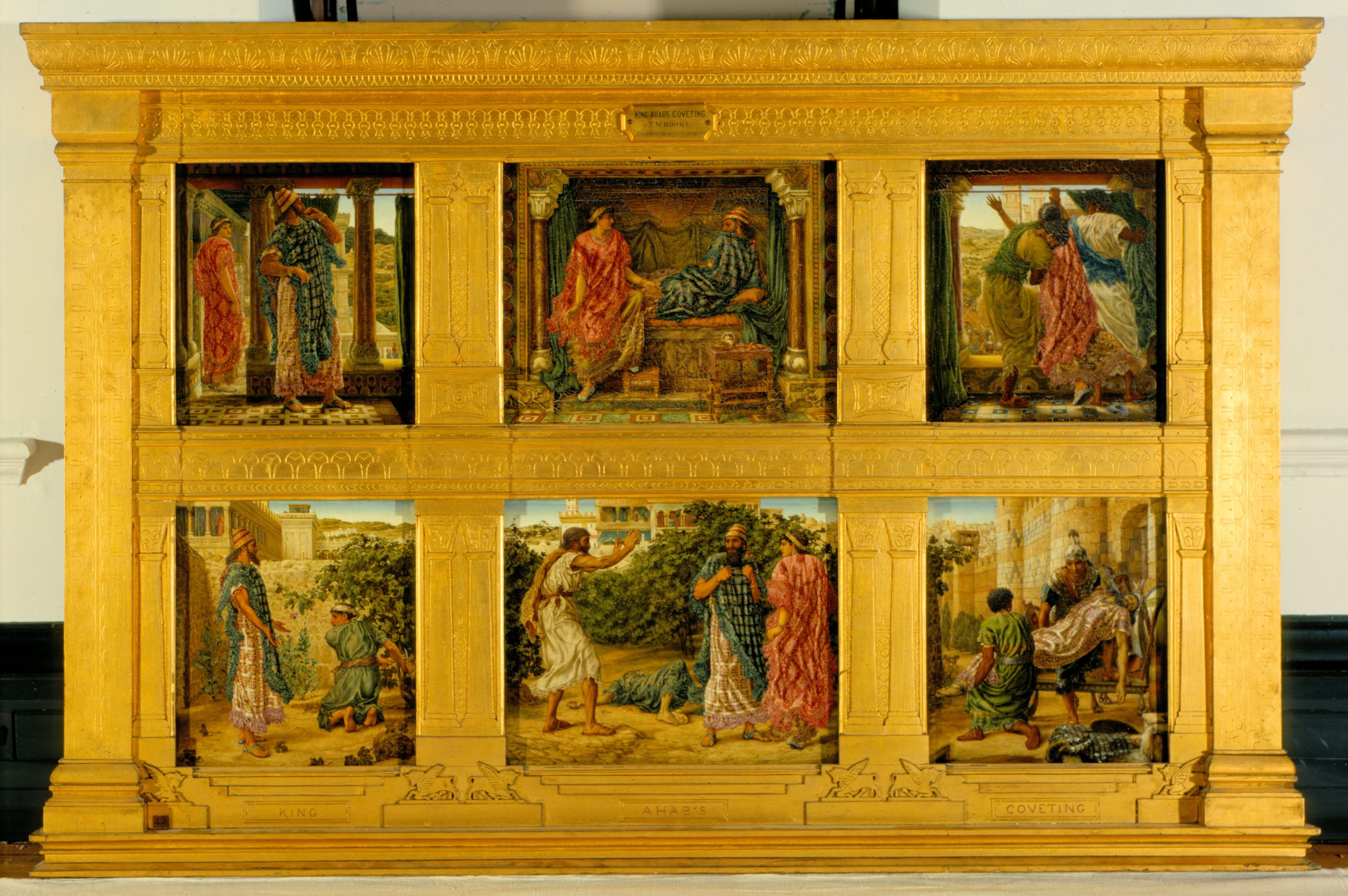 This ambitious work was exhibited at the Royal Academy in 1879 as six separate paintings depicting Ahab’s Coveting that read from top to bottom and left to right. 1. Ahab covets or desires Naboth’s vineyard 2. Naboth refuses Ahab his vineyard 3. Jezebel promises Ahab it will be obtained by false witnesses 4. Elijah prophesises the end of Ahab and Jezebel 5. Jezebel is thrown to the dogs 6. Ahab’s body is brought in from the battlefield.

Merton noted in his autobiography: Rooke seemed to have a particular penchant for painting compositions depicting successive scenes of the same story, which were designed to be placed in one frame. Perhaps the finest of this class is ‘King Ahab’s Coveting’.

Purchased by Sir Merton Russell-Cotes from the Autumn Exhibition at The New Gallery, Regent Street, London in 1892.

Thomas Matthews Rooke was born in London in 1842; he studied at the National School of Design in South Kensington, and later at the Royal Academy Schools. From 1868 to 1898 he was employed a studio assistant to Sir Edward Coley Burne-Jones at the company of Morris & Co.

Rooke was an accomplished painter himself, exhibiting works in oils at the Royal Academy, New Gallery, and Grosvenor Gallery, usually focusing on subjects from the Old Testament and showing influence from the Pre-Raphaelite movement.

From 1878 to 1893 Rooke took on a commission by John Ruskin to travel through the Continent in order to draw cathedrals and buildings in danger of falling victim to decay and ruin. Burne-Jones had recommended Rooke to Ruskin because of Rooke’s strong attention to detail and exacting care. Rooke spent his time between drawing on the Continent and assisting Burne-Jones, and the watercolours commissioned by Ruskin are now in the Ruskin Museum in Sheffield.

He was elected an Associate of the Royal Watercolour Society in 1891, and made a full member in 1903. He married Leonora Jane Jones; they had one son, the wood engraver Noel Rooke. He died in London in 1942. 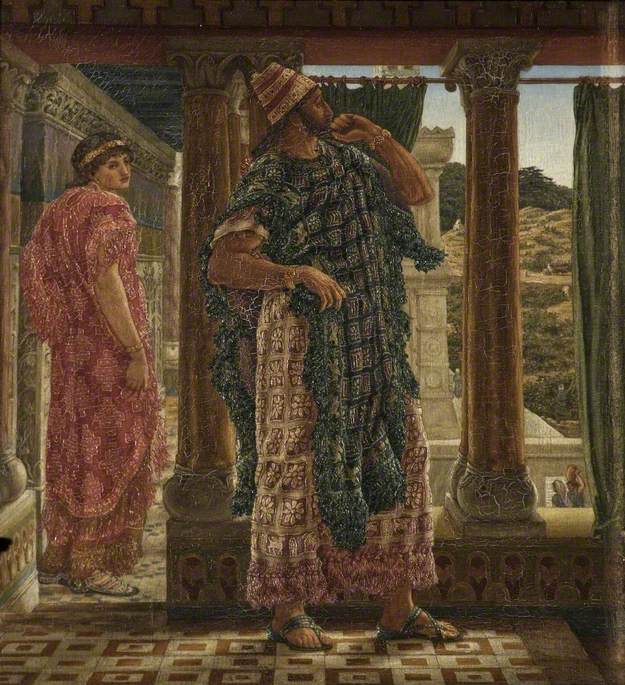 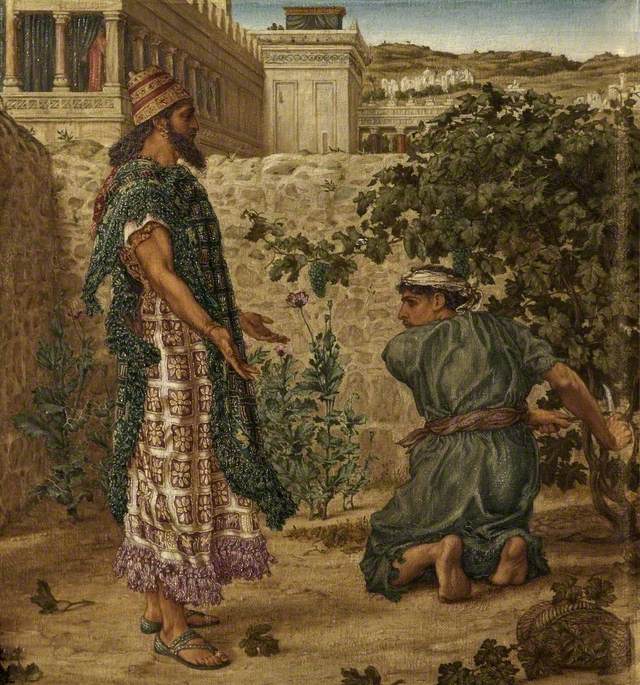 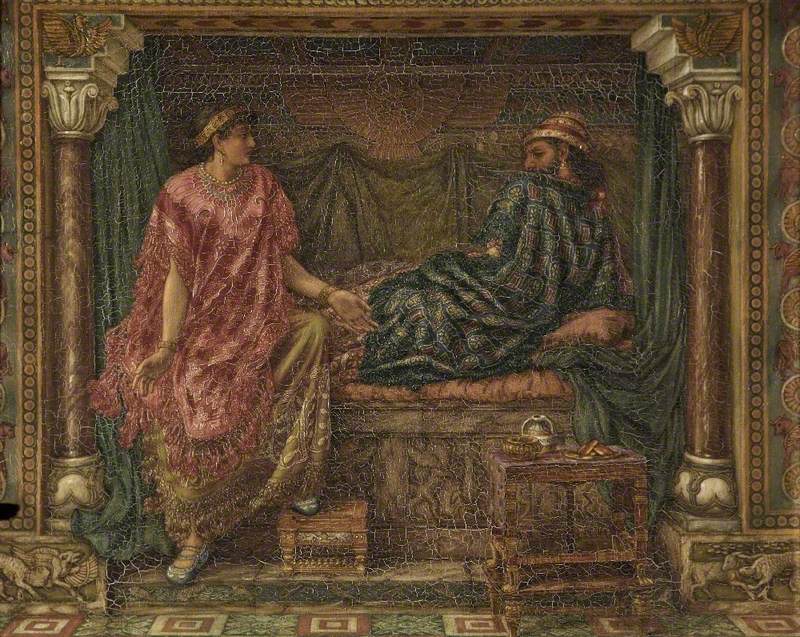 Jezebel Promises Ahab to Obtain it by False Witness 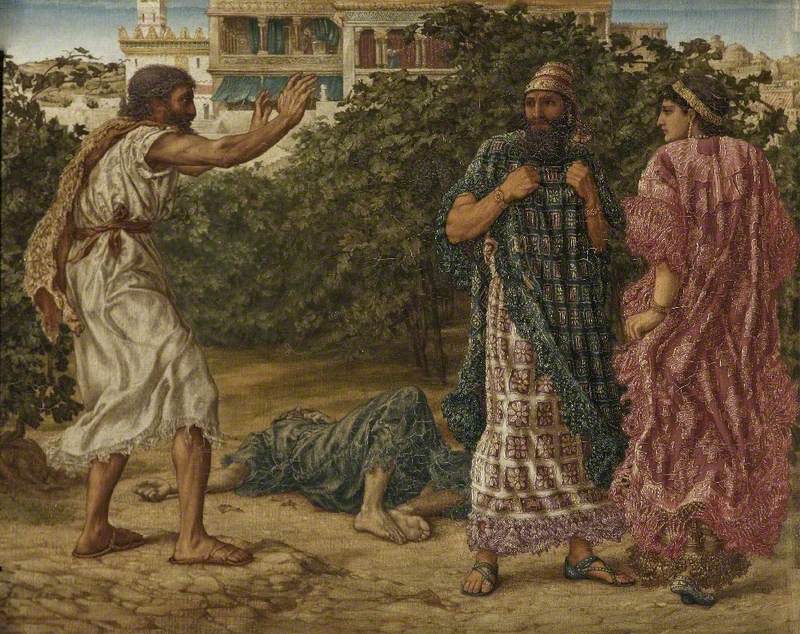 Elijah Prophesises to Ahab and Jezebel Their End 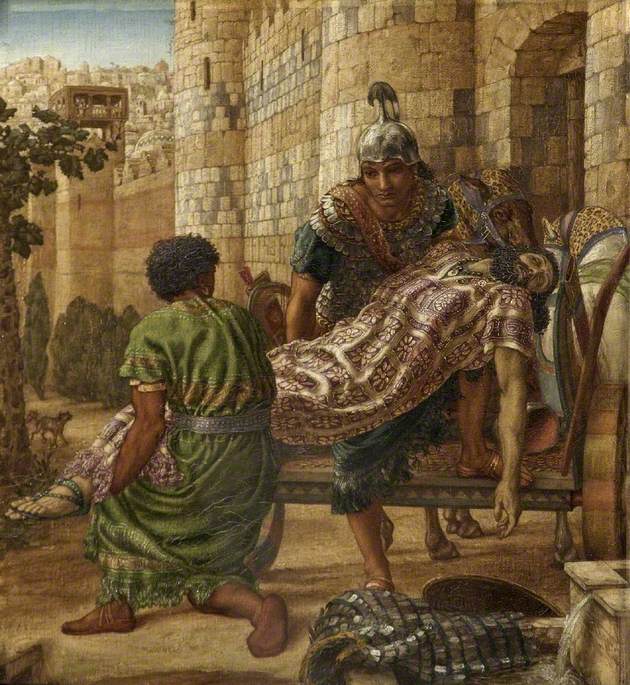 Ahab's Body Brought in from the Battlefield 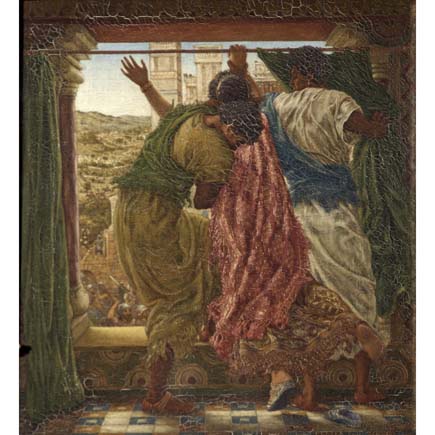