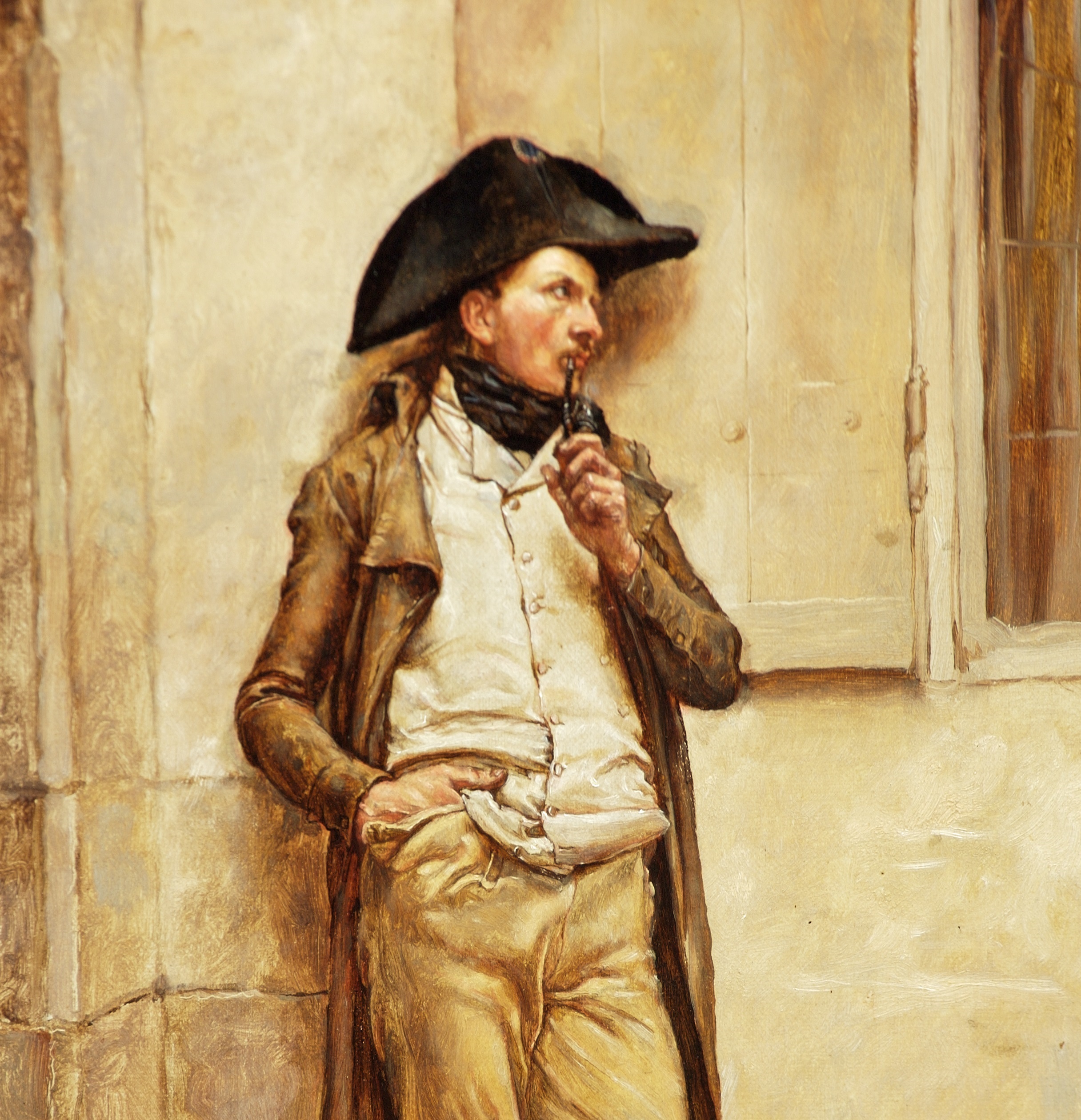 This is based on the painting of the same title Le Fumeur by Jean-Louis-Ernest Meissonier. Meissonier specialised in military paintings, documenting battles and sieges. In 1859 he was employed by Napoleon III to accompany the French Imperial army and capture the battles in action.  Merton would have loved to own a painting by Meissonier who specialised in scenes of 17th and 18th century French life but they were enormously expensive. With an original beyond his reach, Merton acquired a copy of Meissonier’s Le Fumeur by Arnold.

Reginald Edward Arnold was based in Surrey and was a prolific painter and sculptor who excelled in genre scenes or scenes from everyday life. He was skilled in painting figures almost always in decorative period costume. He studied at the Slade School of Art in London and also in Paris. He exhibited at the Royal Academy, the Royal Society of British Artists of which he was elected Member and throughout the United Kingdom. 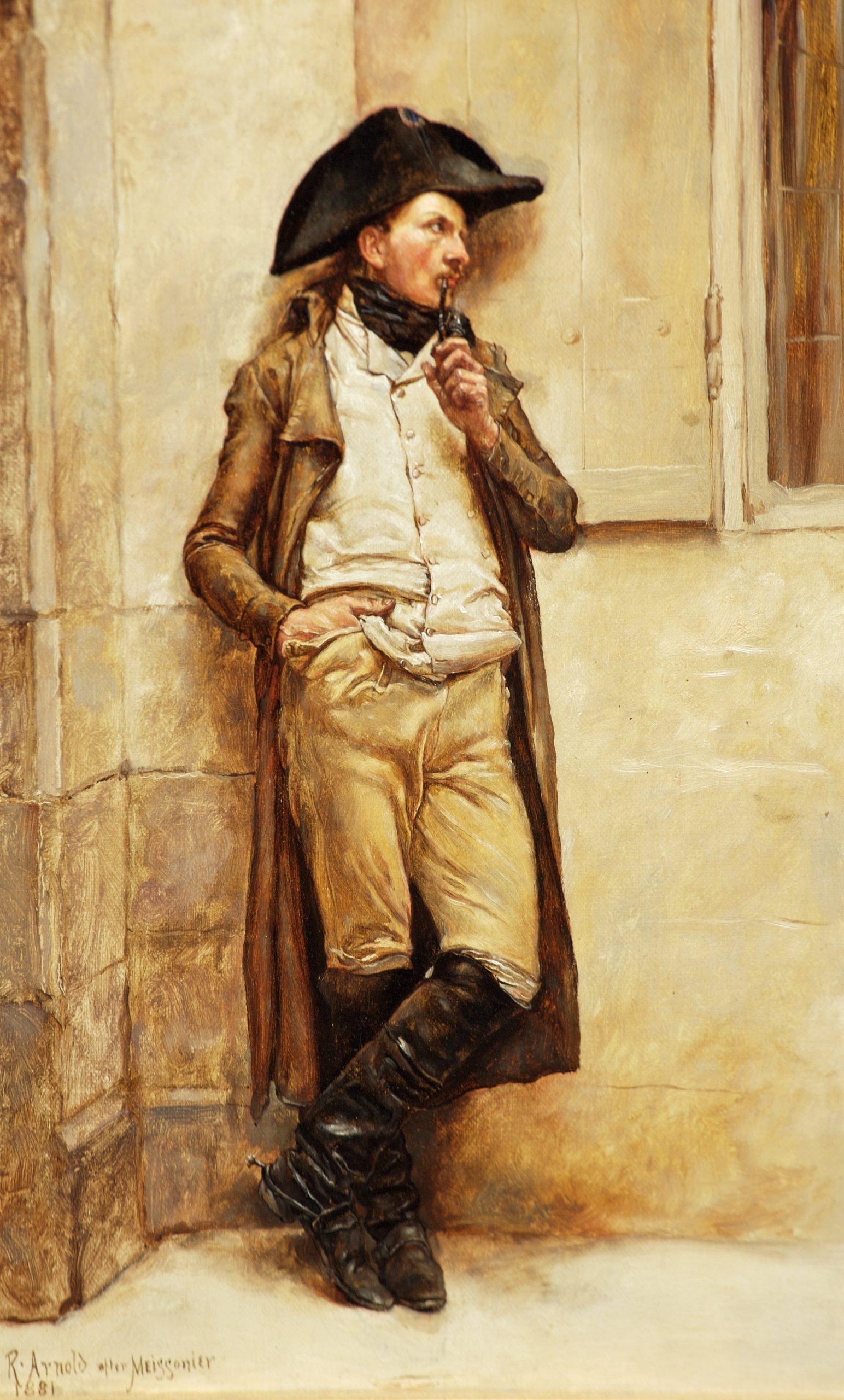