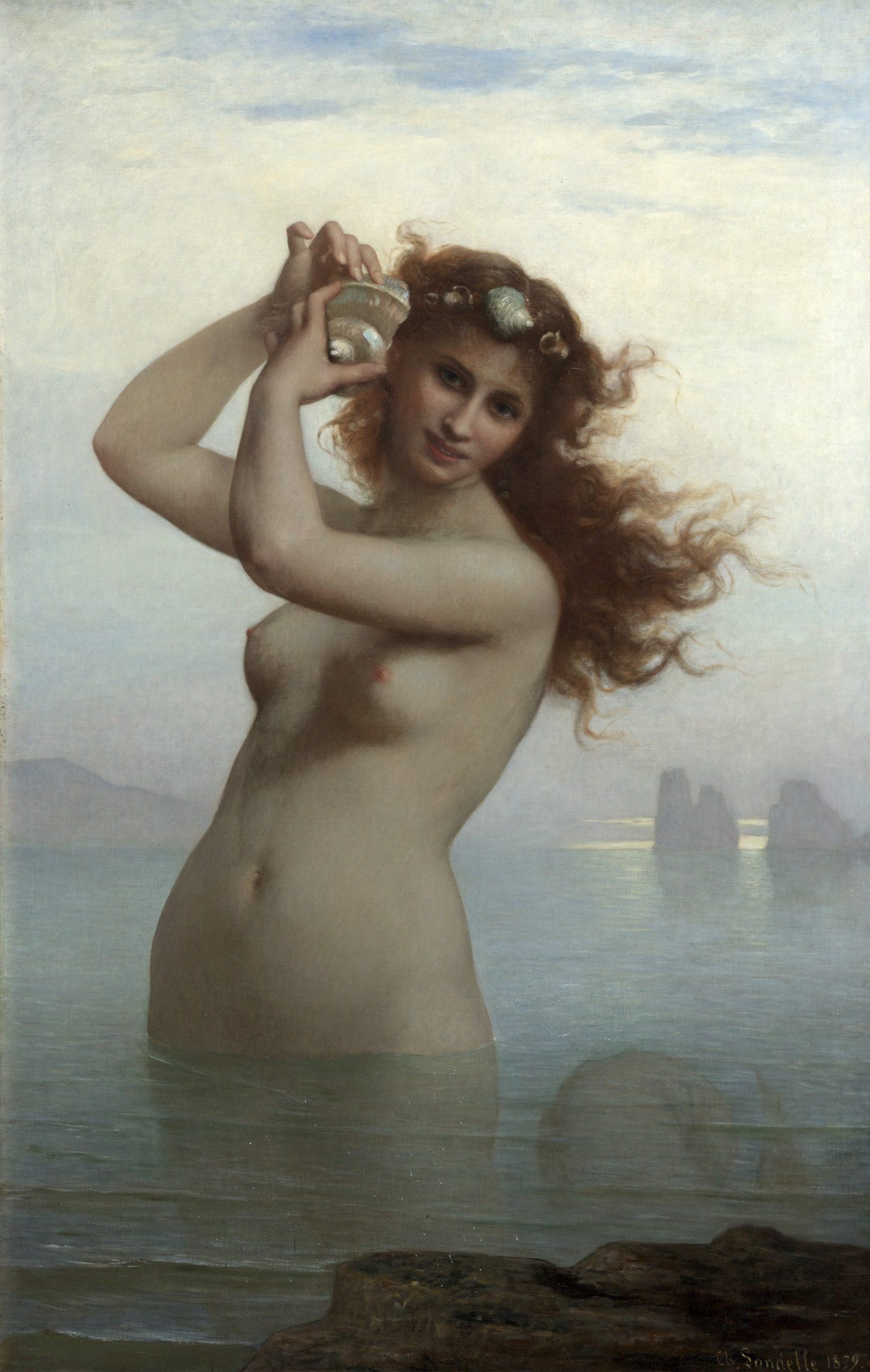 La Siréne or The Siren

In early Greek art sirens were portrayed as creatures with the heads of women and the bodies of birds. In later art sirens were shown as mermaids with seductive bodies and alluring voices. People believed that sirens would sing enticingly to passing sailors and lure them to their death on the rocks.

Charles Landelle was born in Laval, France in 1812 and studied under Paul Delaroche and d’Ary Scheffer. He painted sacred subjects in an academic manner and carried out many decorative schemes in Parisian churches such as Saint Sulpice and Saint Nicholas des Champs and some work at the Louvre.

Landelle travelled extensively in the Middle East and North Africa where he researched his biblical works as well as painting the people and scenes he encountered. He produced many paintings of beautiful women. With the introduction of oriental subject matter into his repertoire, Landelle was to achieve his greatest popularity and his paintings achieved exorbitant prices. In 1855 he was awarded the Legion of Honour.