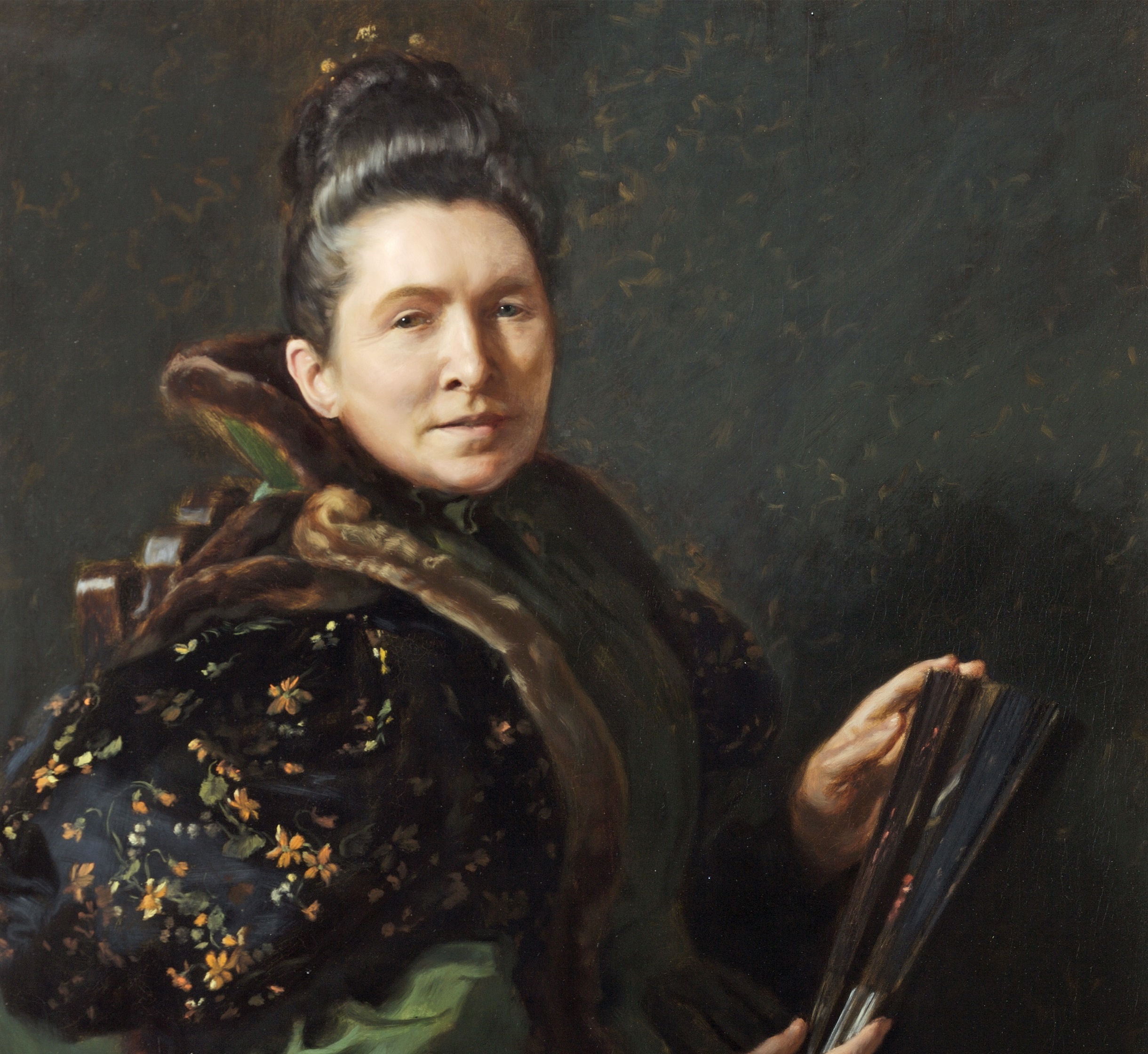 John Henry Lorimer was a Scottish painter, known for his portraits and genre scenes. Born in Edinburgh, he was the son of James Lorimer, Regius Professor of Public Law at the University, and attended the university himself, before studying at the Royal Scottish Academy. He was elected an associate of the RSA in 1882, and made a full academician in 1900.

This portrait is one of a pair, alongside the painting of Merton Russell-Cotes, Annie’s husband. The paintings were commissioned by the couple. Merton writes about the artist, John Henry Lorimer, and the portraits, in his autobiography:

‘About the time that he painted our portraits he also painted that of the late Lord Lister, which was presented to that eminent scientist on his retirement from his professorship at King’s College, London. At an exhibition held at the Grafton Gallery, London, of Mr. Lorimer’s works, the three singled out for especial praise were the portraits of the late Lord Lister, my wife and myself.’

Merton also includes a Lorimer’s reply to Merton’s request that he paint their portraits:

I received with great pleasure your very kindly letter this morning. I shall be most happy to undertake your portrait as Mayor of Bournemouth, and also that of Mrs. Russell-Cotes.

With many thanks for your most kind reference to my father’s portrait. – Believe me, 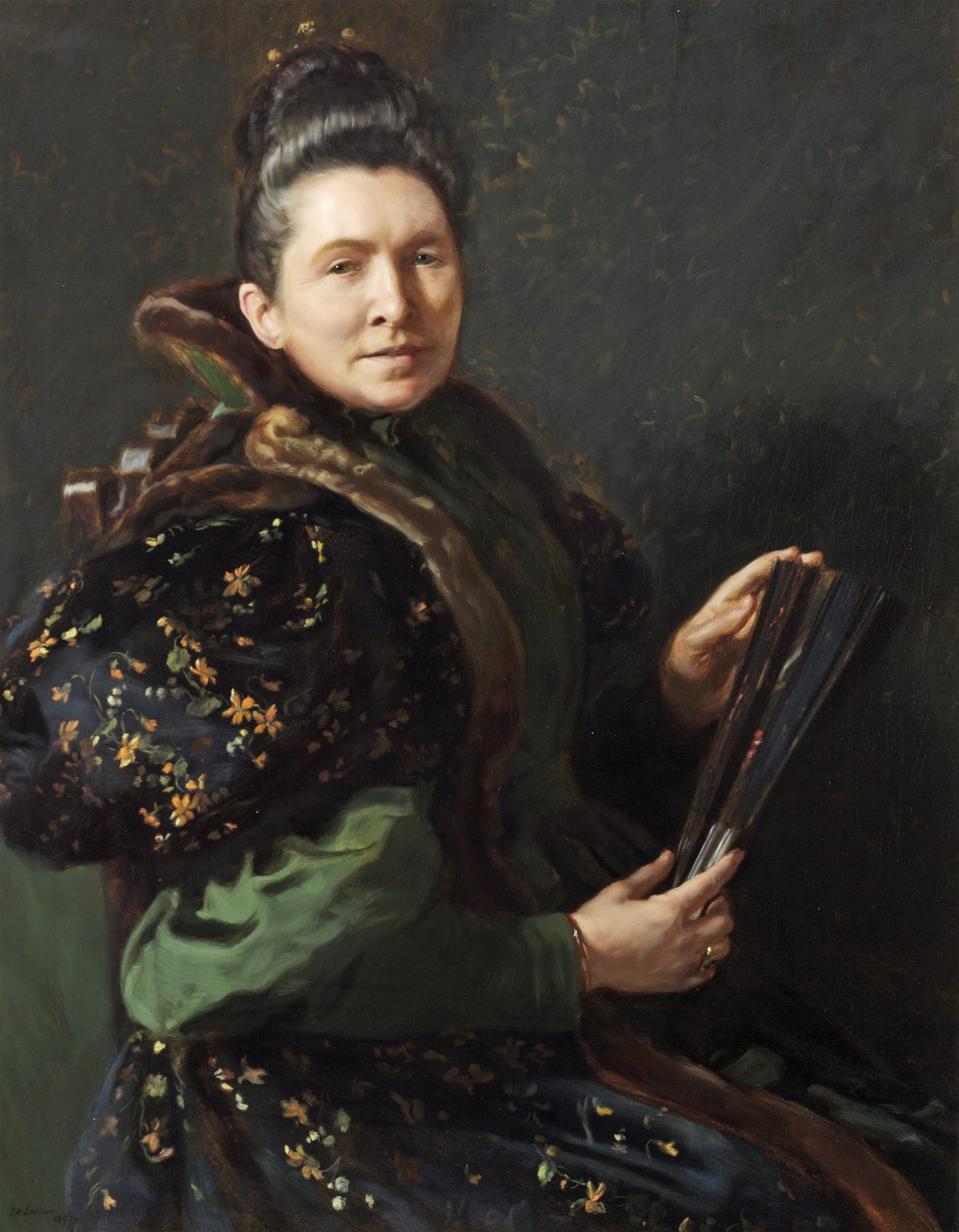