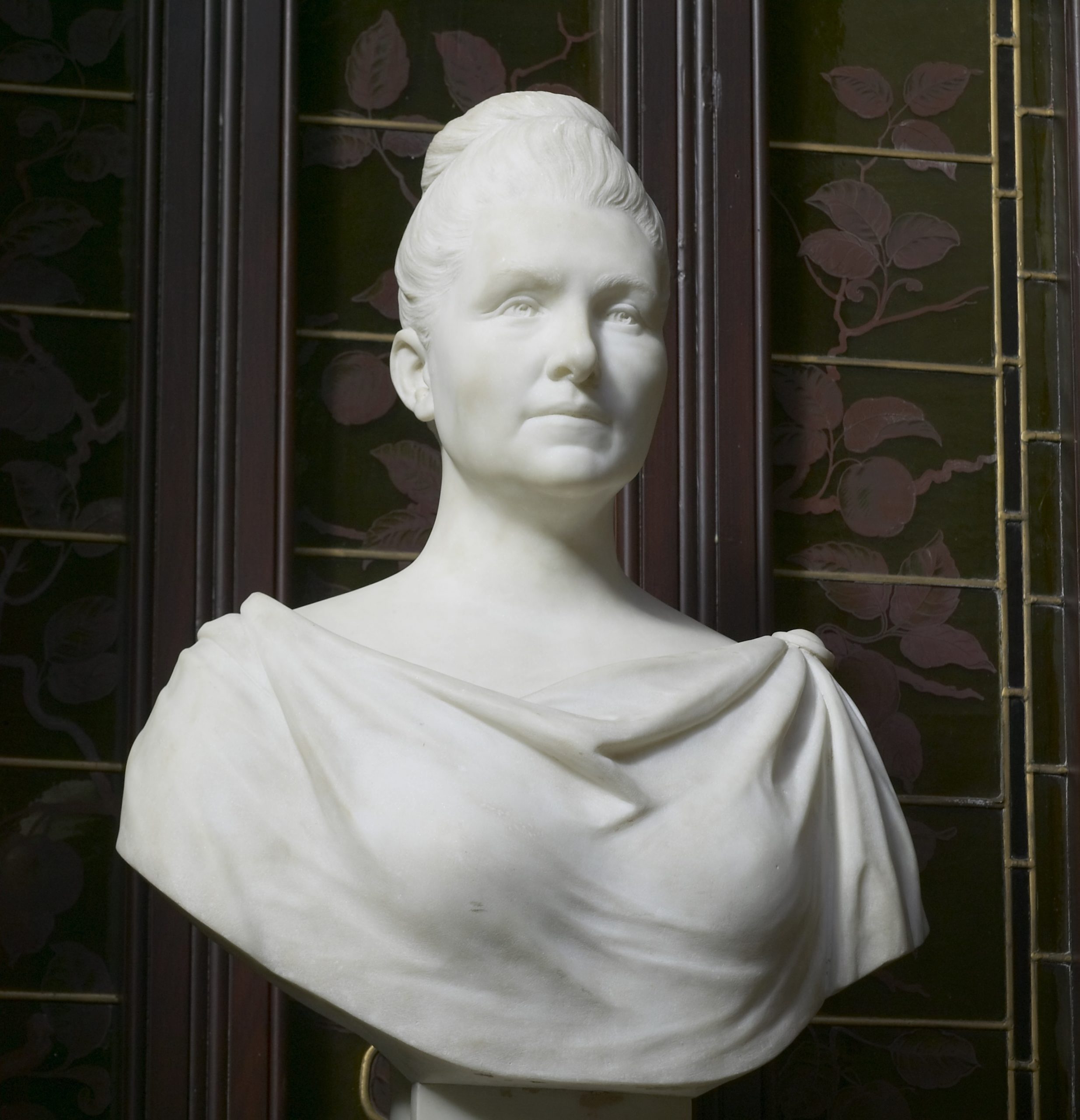 Merton and Annie Russell-Cotes travelled to many countries. It had been suggested by a friend that when they were in Rome that they commissioned busts of themselves in marble. In his autobiography, Home and Abroad, Merton records ‘We … made the necessary arrangements with Signor Gazzeri, a sculptor of considerable fame to execute the work for us.’

Annie was a charming, insightful and intelligent woman. She was a member of the Ethnological Society and became a Fellow of the Royal Society of Literature for her travel writing. She was known as ‘the Good Fairy of Bournemouth’ for her charitable work. On her 66th birthday in 1901, Merton gave his wife, Annie, East Cliff Hall – now the Russell-Cotes Art Gallery and Museum. This gift was an expression of deep love for his wife and celebrated their life together travelling and collecting around the world. They gifted their house and Edwardian galleries to the people of Bournemouth in 1908.

The sculptor Ernesto Gazzeri was an Italian and was known for the monument to the philosopher Tommaso Campanella. Born in Modena in 1866, Ernesto Gazzeri later moved to Rome where inspired by his classical surroundings he became a marble sculptor of repute. He was known for sculptural portraits and funerary monuments, among them ‘The Mystery of Life’ a piece of statuary consisting of eighteen full sized figures depicting people at different stages of life, made in Italy and shipped out to Forest Lawn Memorial Park, Southern California in 1928. He also executed genre works and mythological subjects. 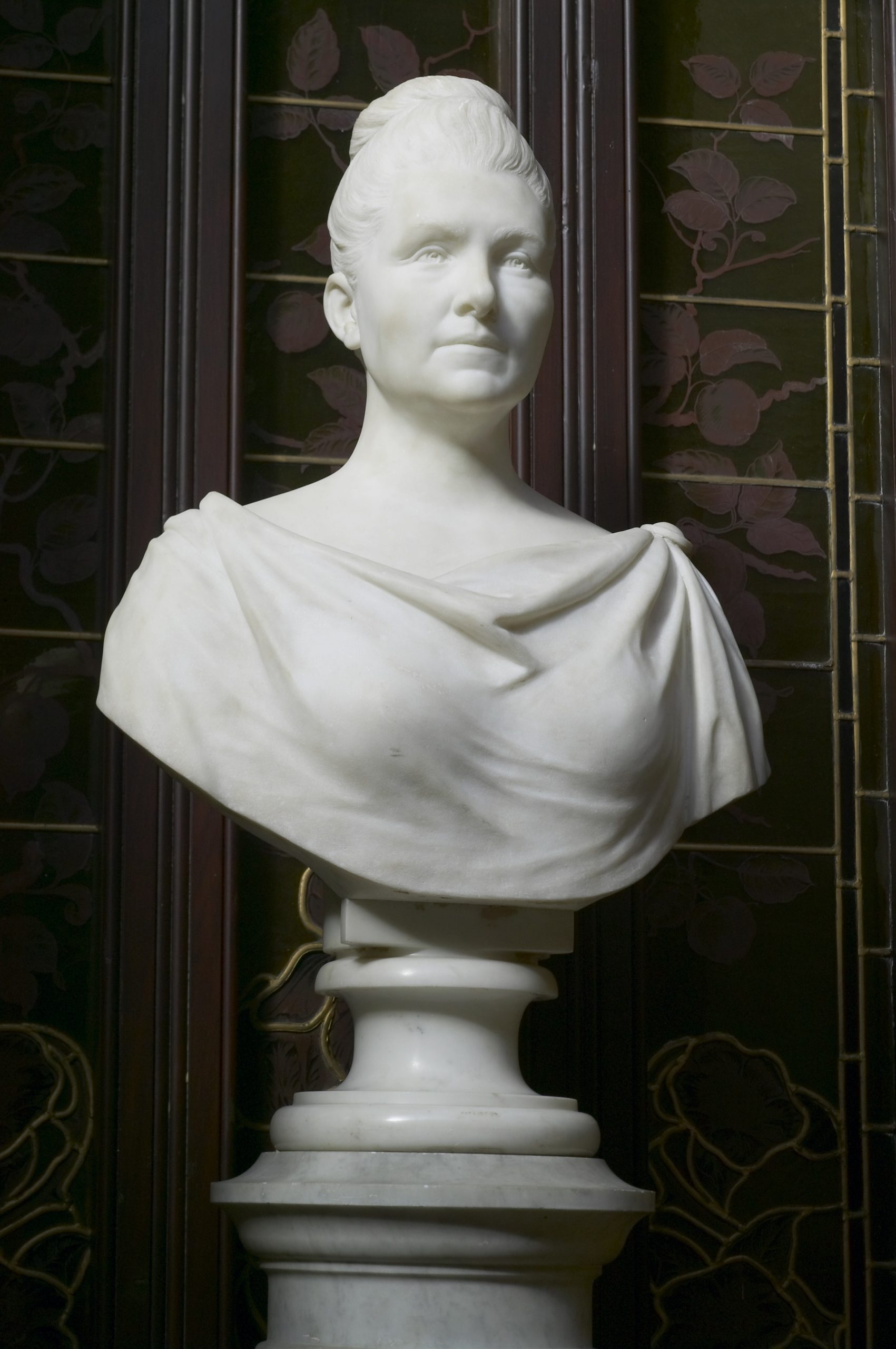