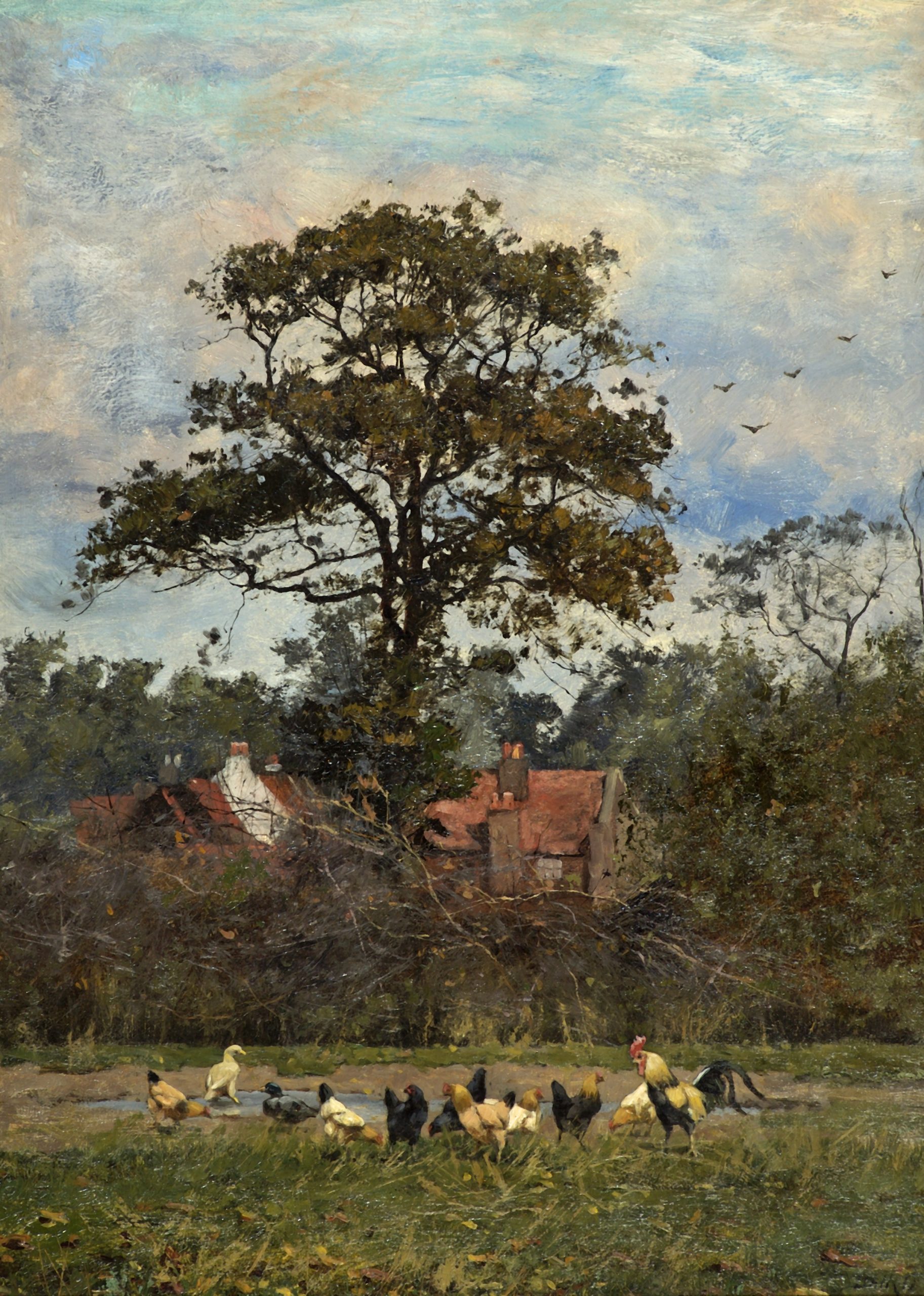 William Baptiste Baird was born in Chicago, Illinois, in 1847. As an adult, he moved to Paris to perfect his painting technique. In Paris, Baird studied under Adolphe Yvan, and exhibited extensively at the Paris Salon from 1872 until 1899. Baird was a painter of farm animals, rural subjects, and small animals. In 1872, he exhibited in a formal gallery in Paris, and was represented there through 1899, during which time the gallery became the Salon des Artistes Français in 1881. Baird worked in various parts of France, in Paris, and Switzerland. In his painting of the countryside of Paris, Barbizon, Brittany and Lake Geneva, he primarily focused on local rural scenes and farmyard animals such as cows, chicks, hens and rabbits.