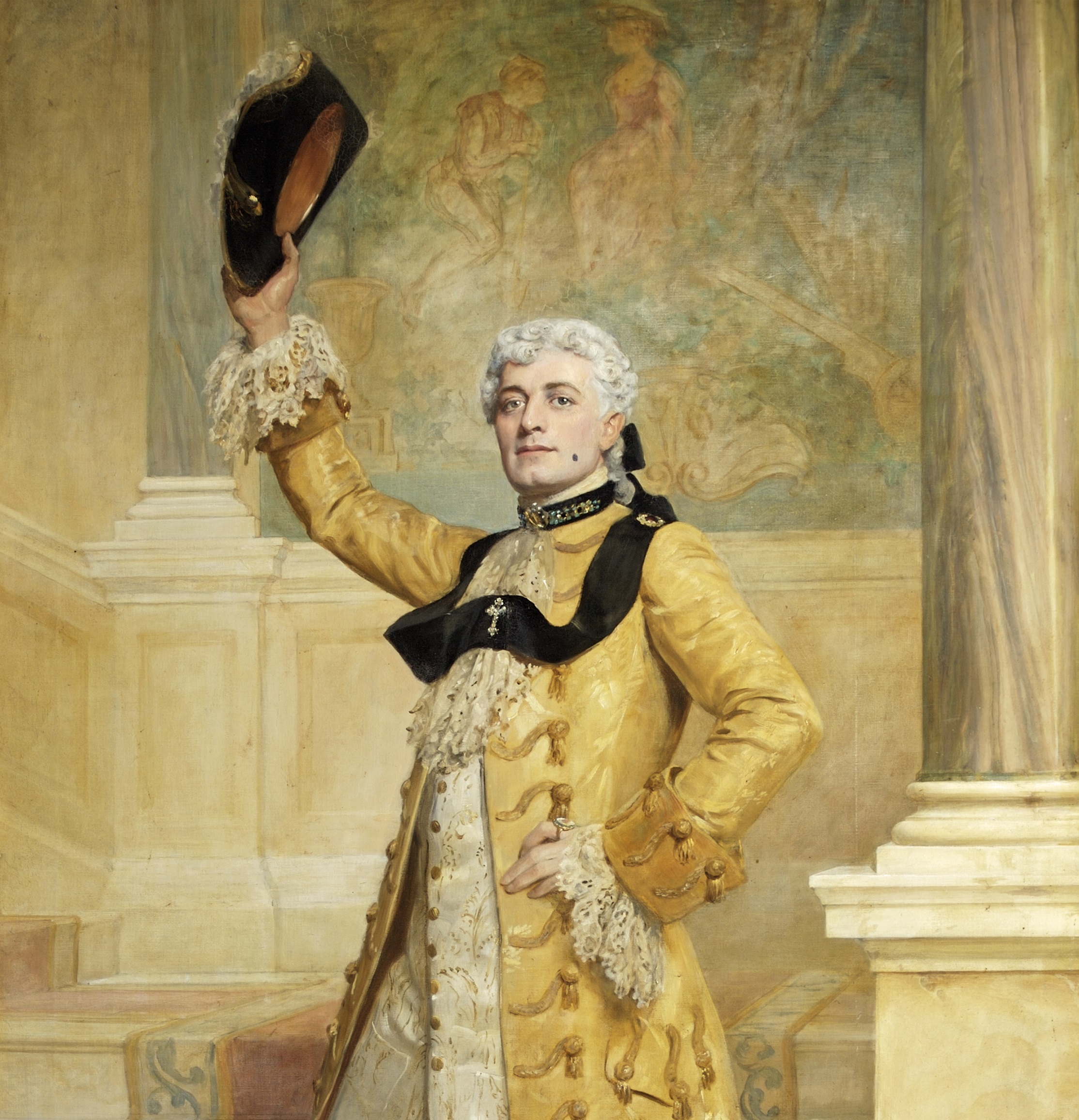 This theatrical portrait represents Lewis Waller (1860-1915), a famous actor of the period. Waller usually played romantic leads in Shakespeare and popular costume dramas. He is depicted in the role and brocaded costume of Monsieur Beaucaire. Rather than marry a woman he does not love, Prince Louis-Philippe d’Orleans, cousin of King Louis XV of France, escapes to England in disguise as Monsieur Beaucaire. There he falls in love with Lady Mary Carlisle and is able to reveal his true identity.

The play, Monsieur Beaucaire, a romantic comedy, was first performed at the Comedy Theatre in London, 1902. It was written by American novelist, Booth Tarkington, and then adapted as a play. It was a success, although it’s rarely performed today.  Waller attracted a large number of female admirers, who formed themselves into a vocal fan club!

John Collier studied at the Slade School of Art, London, and then in Munich and Paris. His precocious talent was recognised and encouraged by John Everett Millais and Lawrence Alma-Tadema. He was successful as a society portrait painter and many good examples of his portraiture are in the National Portrait Gallery, London. He exhibited many paintings at the Royal Academy and Royal Society of Portrait Painters. Merton obtained the painting from the auction sale of Lewis Waller’s belongings in 1915. 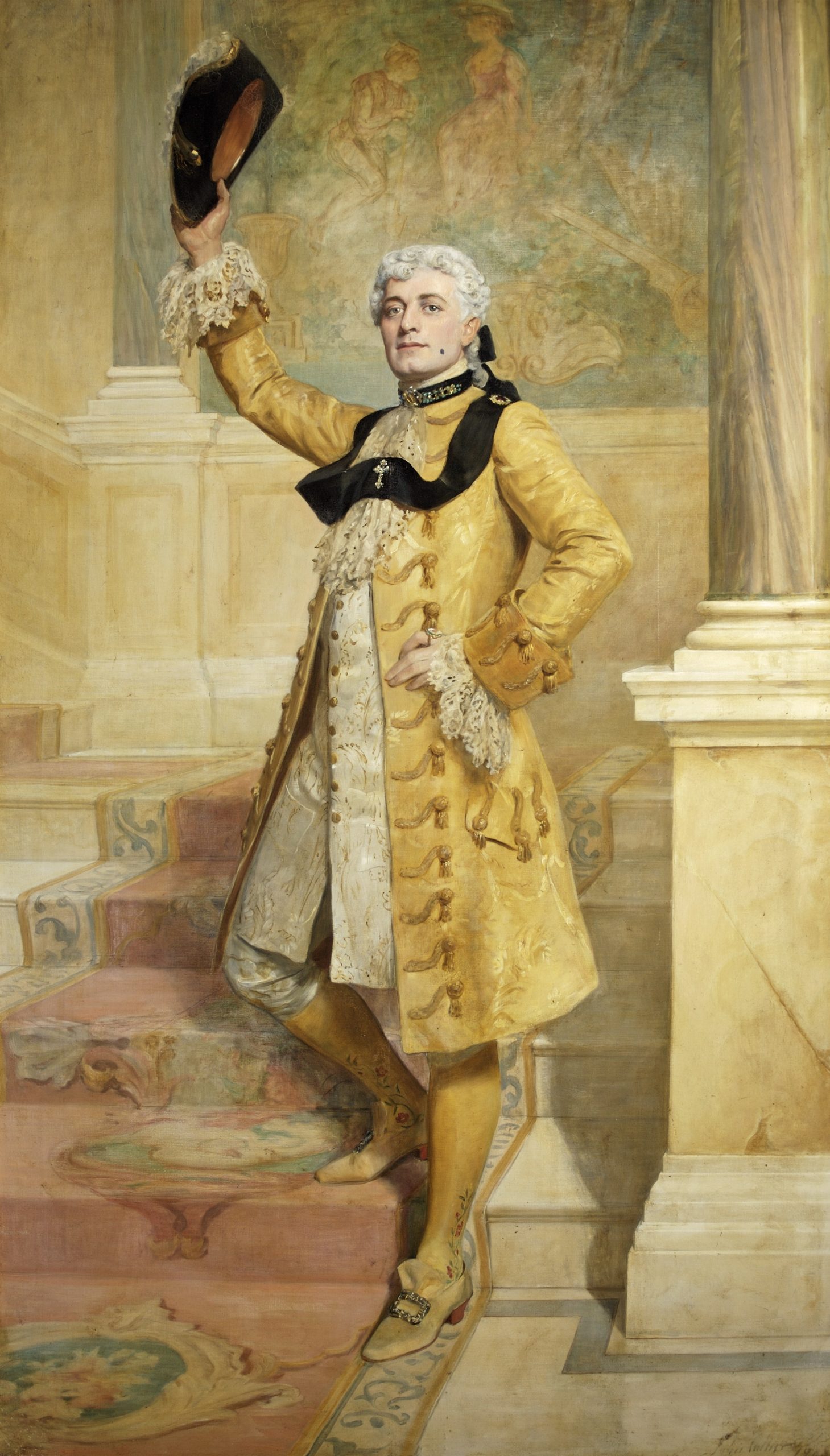