Little one who straight has come Down the heavenly stairs…

Little one who straight has come Down the heavenly stairs…

The painting represents the birth of a child. The mother and father wait at the bottom of the stairs following the delivery of a baby from heaven by a group of angels. This painting was probably inspired by the birth of Hughes’ first grandchild, Dorothy. She was used as the model for the baby. It was exhibited at the Royal Academy in 1888. Despite an increase in medical knowledge during the 1880s, many mothers and babies died during childbirth.

The title of the painting is a quotation from the poem, The Christmas Child by George MacDonald. Hughes and MacDonald met in 1859 and became friends. Hughes illustrated many of his works. Macdonald was celebrated as a poet, preacher, lecturer and the author of numerous novels. He is best known today for his vivid children’s stories.

Hughes wasn’t a member of the Pre-Raphaelite Brotherhood but his friendship with them and their influence had a profound and lasting effect on him. His career flourished and he became popular as an illustrator of books and poetry. He produced many fine paintings based on ancient myth, Arthurian legend and the poetic works of Keats, Tennyson and Shakespeare. He exhibited almost annually at the Royal Academy and in other London galleries. 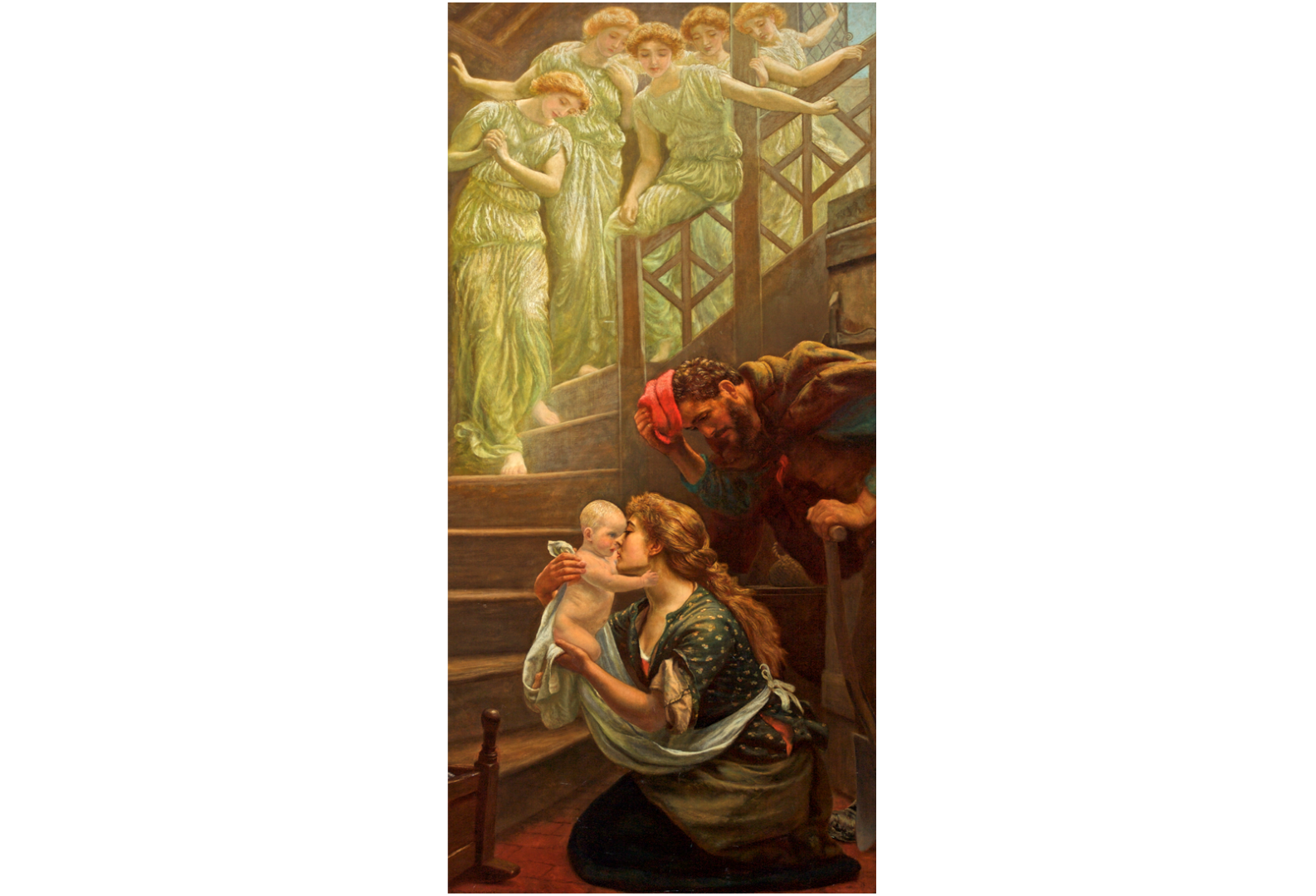 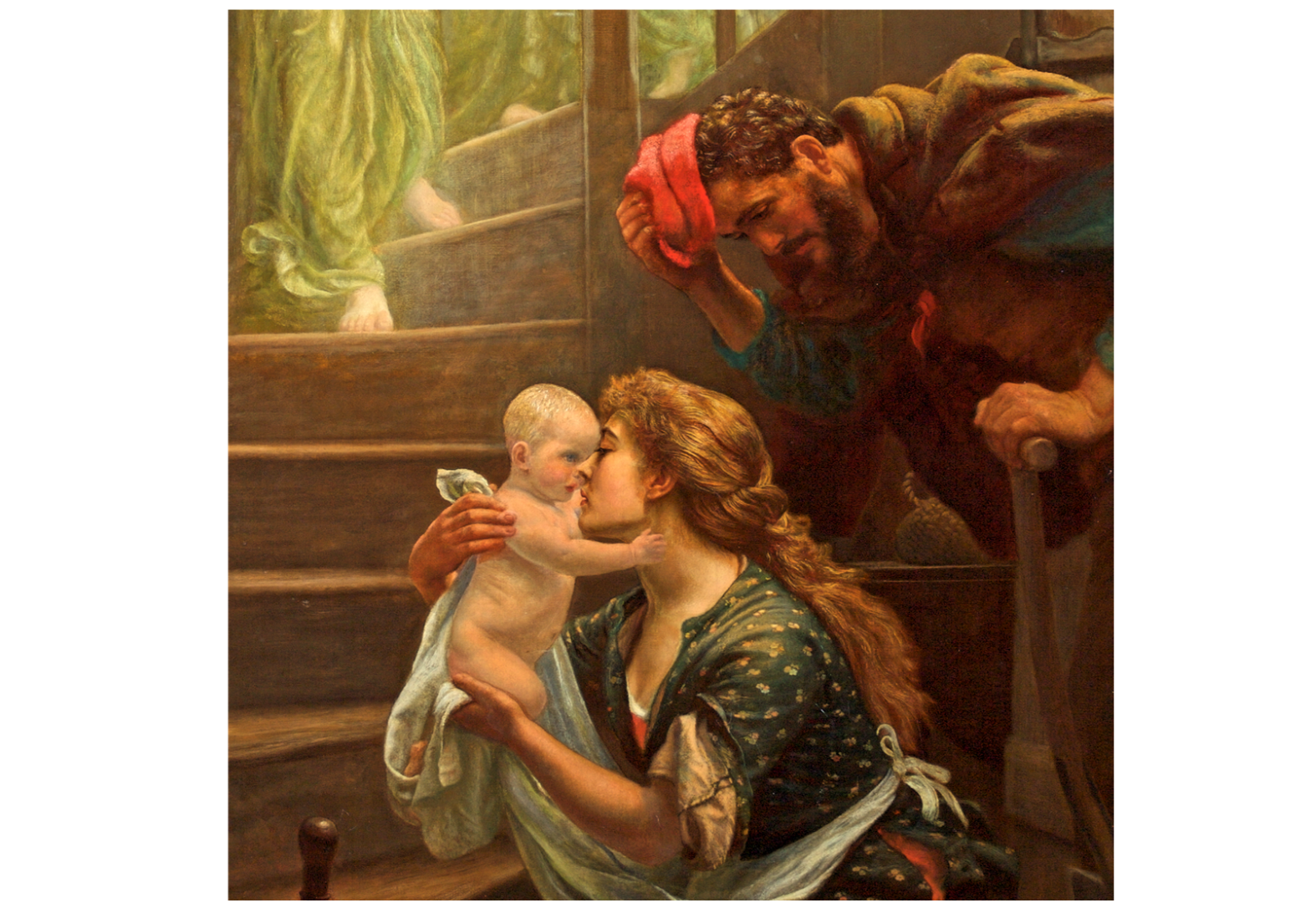 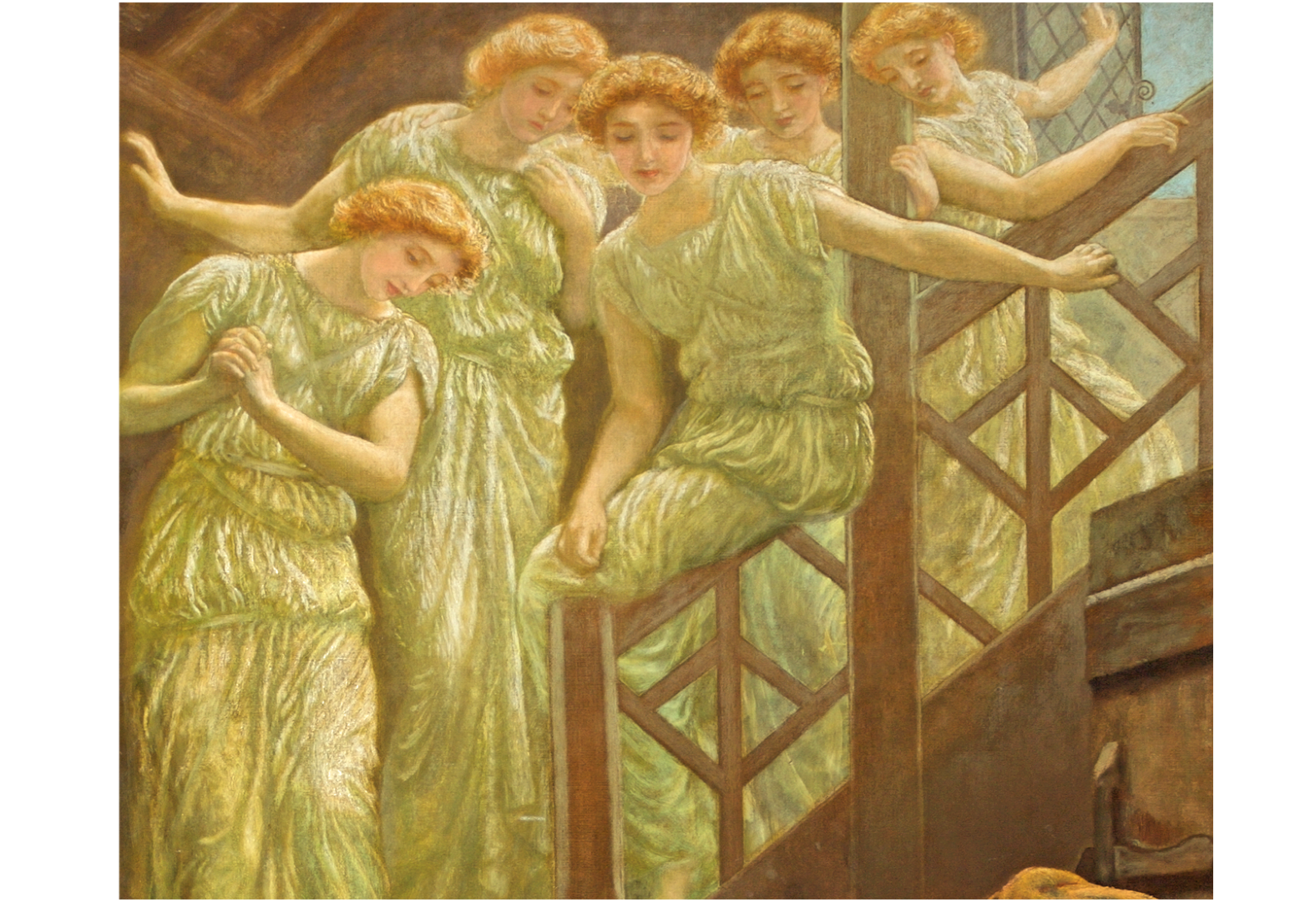