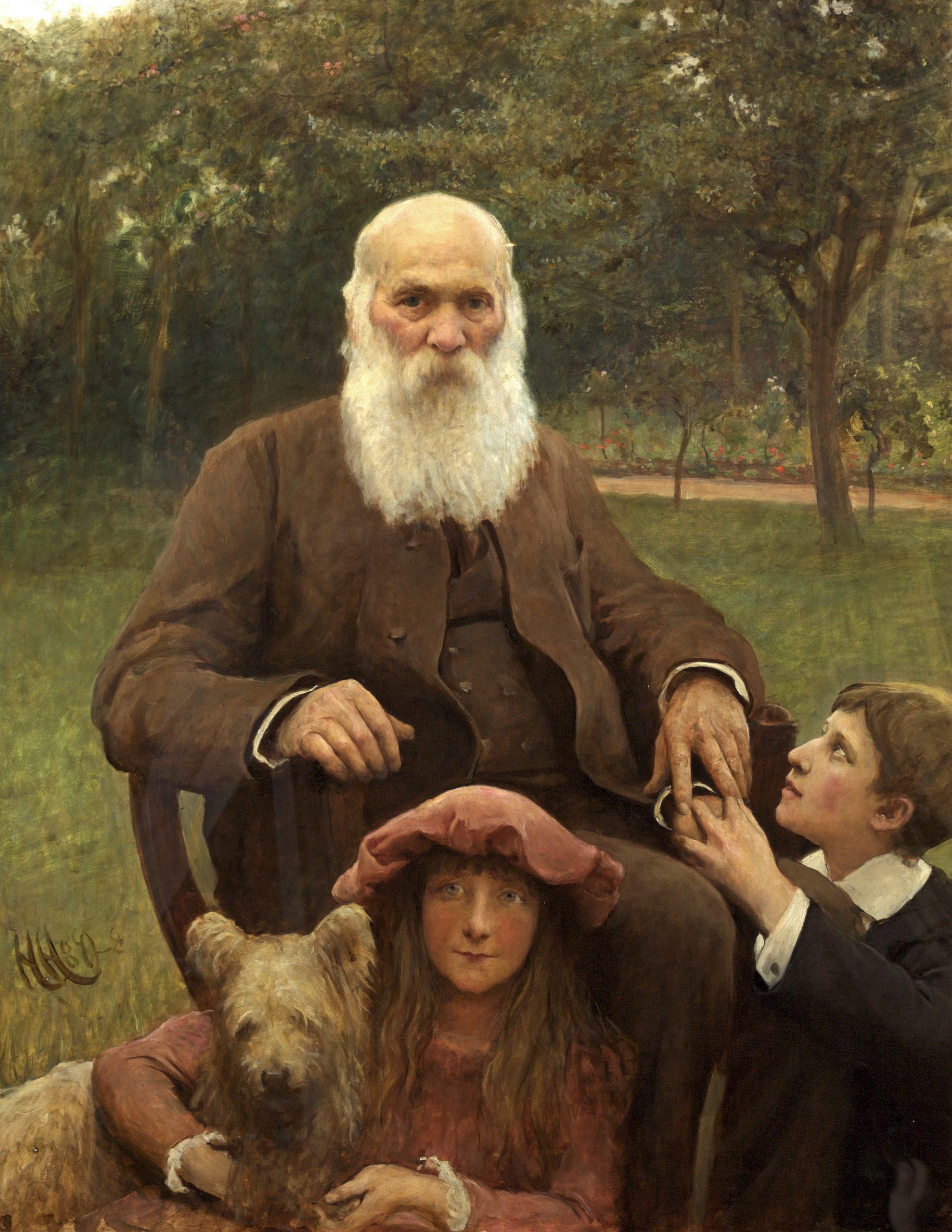 This family portrait shows his wood-carver father Lorenz and his two children by his first wife Anna who died in 1884. The painting was exhibited at the Royal Academy (1888). The portrait of Lorenz was painted in the last months of his life and may have been posthumous. The portrait must have been painfully poignant for Herkomer showing his revered father and his two children who had lost their mother four years earlier. The setting is their garden at Bushey, Hertfordshire.

Von Herkomer was born in Bavaria and his family emigrated to America and then Britain where he spent most of his working life. He set up an important Art School in Bushey. Several portraits by Herkomer of his father exist but usually show him with the tools of his trade. On his regular visits to Bavaria, his lavish lifestyle was epitomised by the building of his studio home Lululaund, a Gothic mansion of gigantic proportions hewn from Bavarian granite. He was an important figure in Victorian art, replacing John Ruskin as Slade Professor of Art at Oxford.

Von Herkomer stayed at the Royal Bath Hotel, Bournemouth, in 1914 when he was suffering from the illness that proved fatal. He was invited to see the Russell-Cotes’s paintings at East Cliff Hall. In Sir Merton Russell-Cotes’ autobiography, ‘Home and Abroad’, he devotes two pages of illustrations to Herkomer.  This painting was presented to the Russell-Cotes by Lady von Herkomer, 1930.