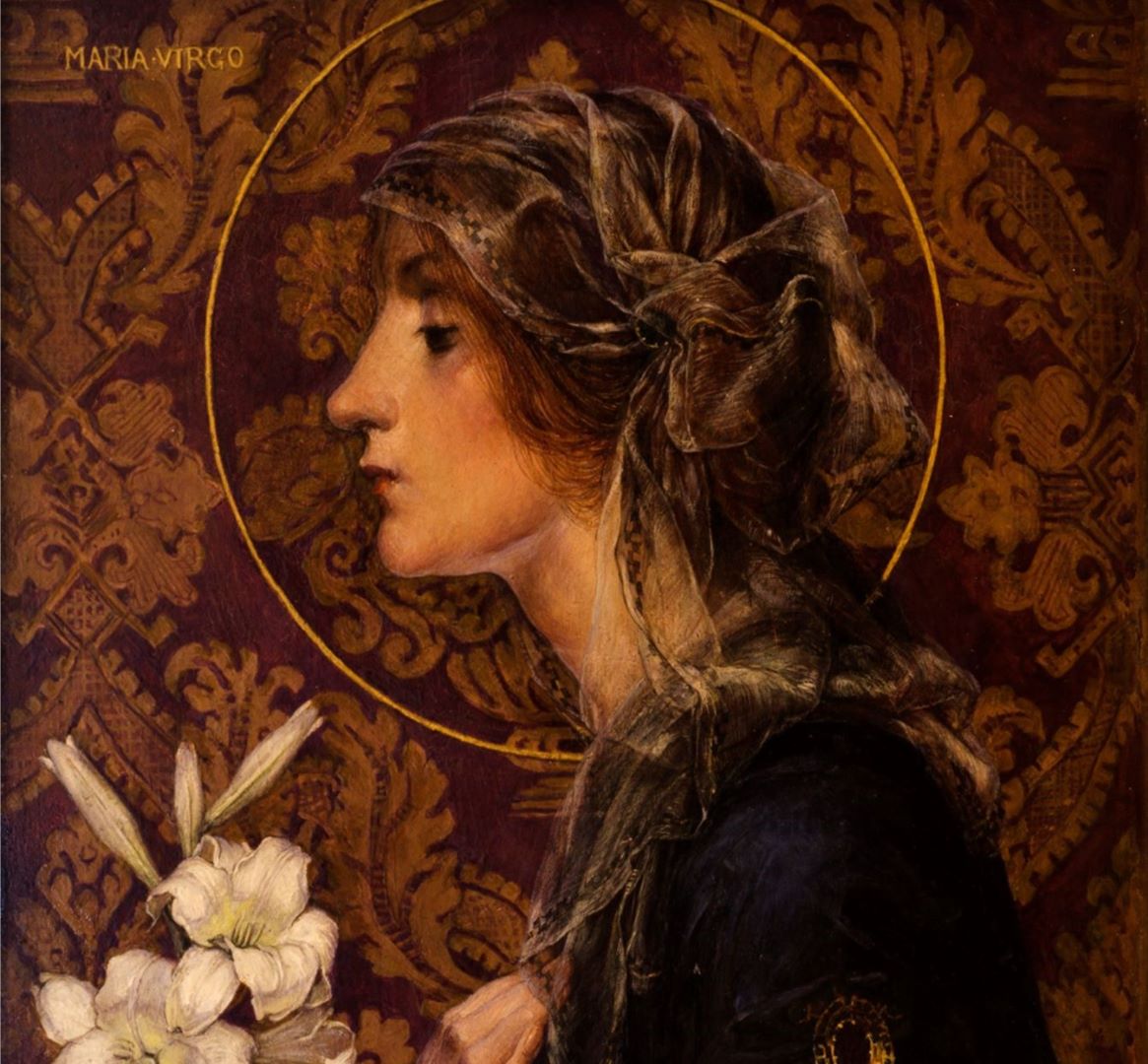 The painting shows a medieval style portrait of a woman, Maria Virgo or the Virgin Mary, with a halo around her thinly veiled head and some lilies in her hand. The title appears in the top left corner of the image in a medieval style script. The Annunciation Lily signifies Divine Love. The three fully opened blooms represent the Trinity: God the Father, God the Son and the Holy Spirit.

This painting was exhibited at the Royal Academy in 1915. It was inspired by May’s conversion to Catholicism in 1899. She also produced a number of devotional paintings and altarpieces for churches in Liverpool.

She exhibited on a regular basis at the Royal Academy, the Glasgow Institute of Fine Art and the Walker Art Gallery in Liverpool. Later in life she lived at Freshfield in Lancashire where she was a member of the Liverpool Academy of Arts. Working in watercolour in the Pre-Raphaelite style she was known as an ecclesiastical artist as well as a landscape and figure painter and etcher. She converted to Catholicism in 1899. Cooksey never married. 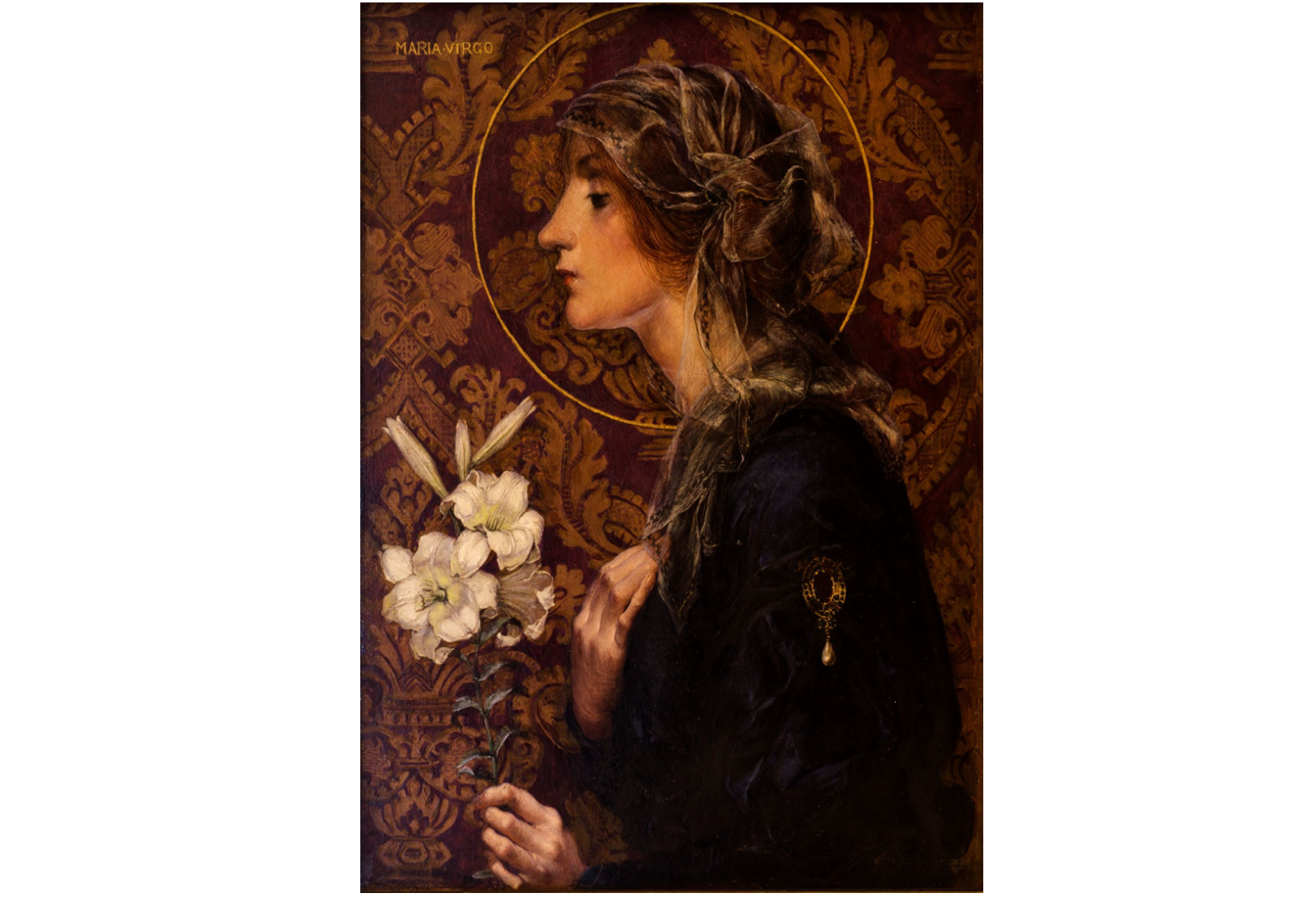