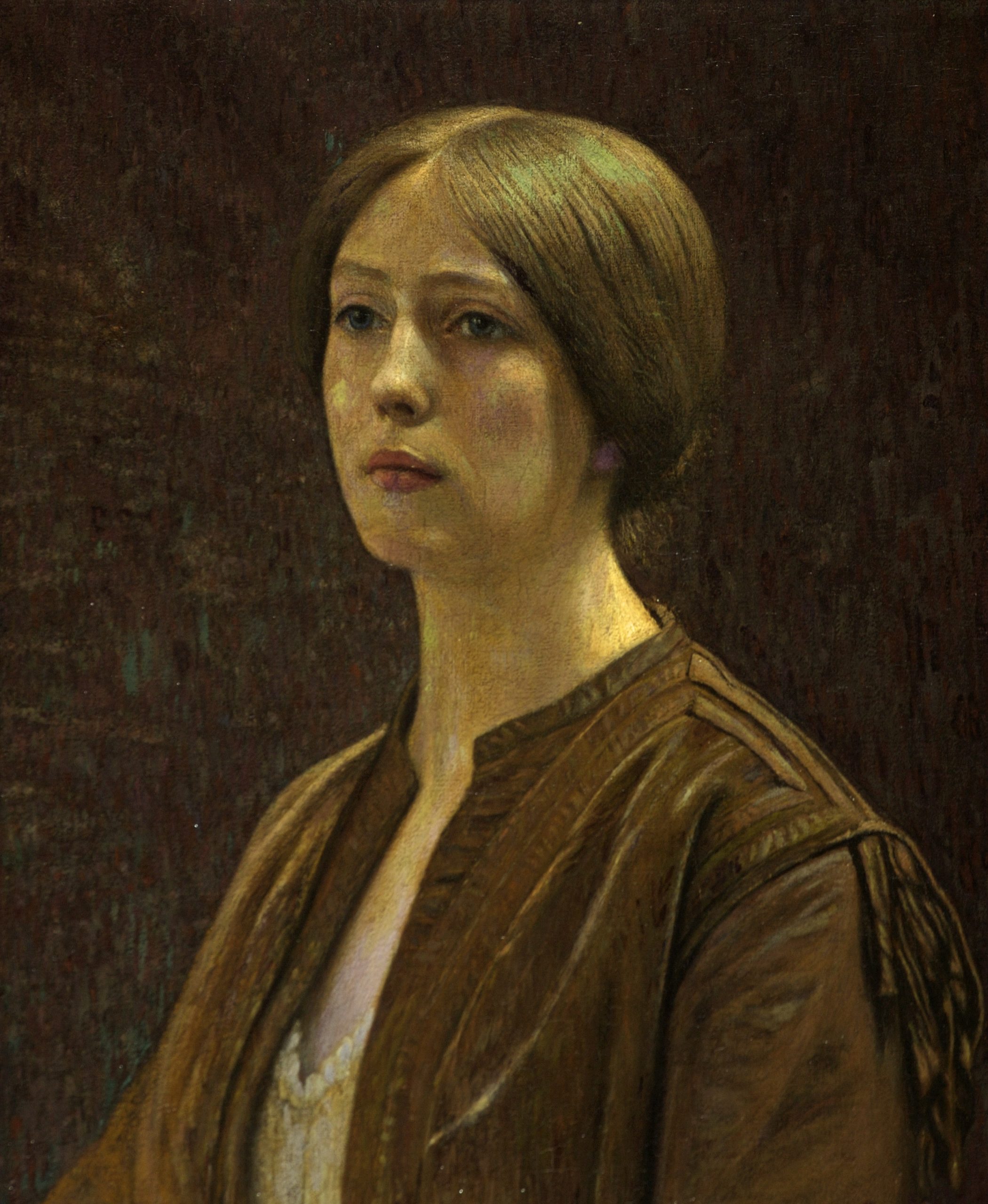 This bust length portrait of a woman called Mariola, brightly lit from above and turned to the left, is a bold psychological portrait of the sitter and a striking image of beauty. The sitter’s informal dress, in a light chemise and collarless brown tunic top contrasts gracefully with the painting’s formal energy of compositional restraint. The pose recalls late fifteenth century portrait bust sculpture while the choice of palette, restricted to browns and greys, reveals the artist’s knowledge of the Aesthetic Movement’s principles of design. The painting’s ornate frame is possibly originally Italian from the 17th century. The painting was bought by its donor to the museum, Joseph Lucas, from the Paris Salon of 1906, where it won a prize.

Not much is known of Edward Grenet, beyond the fact that he was born of French parents at San Antonio, Texas, in November 1857. He later moved to Paris and became a student of William Adolphe Bourguereau and Tony Robert- Fleury. He exhibited at the Paris Salon for the first time in 1884, and subsequently also exhibited in Munich, Berlin, Vienna and London. From 1909 to 1014 he was a member of the Societe Nationale des Beaux-Arts.