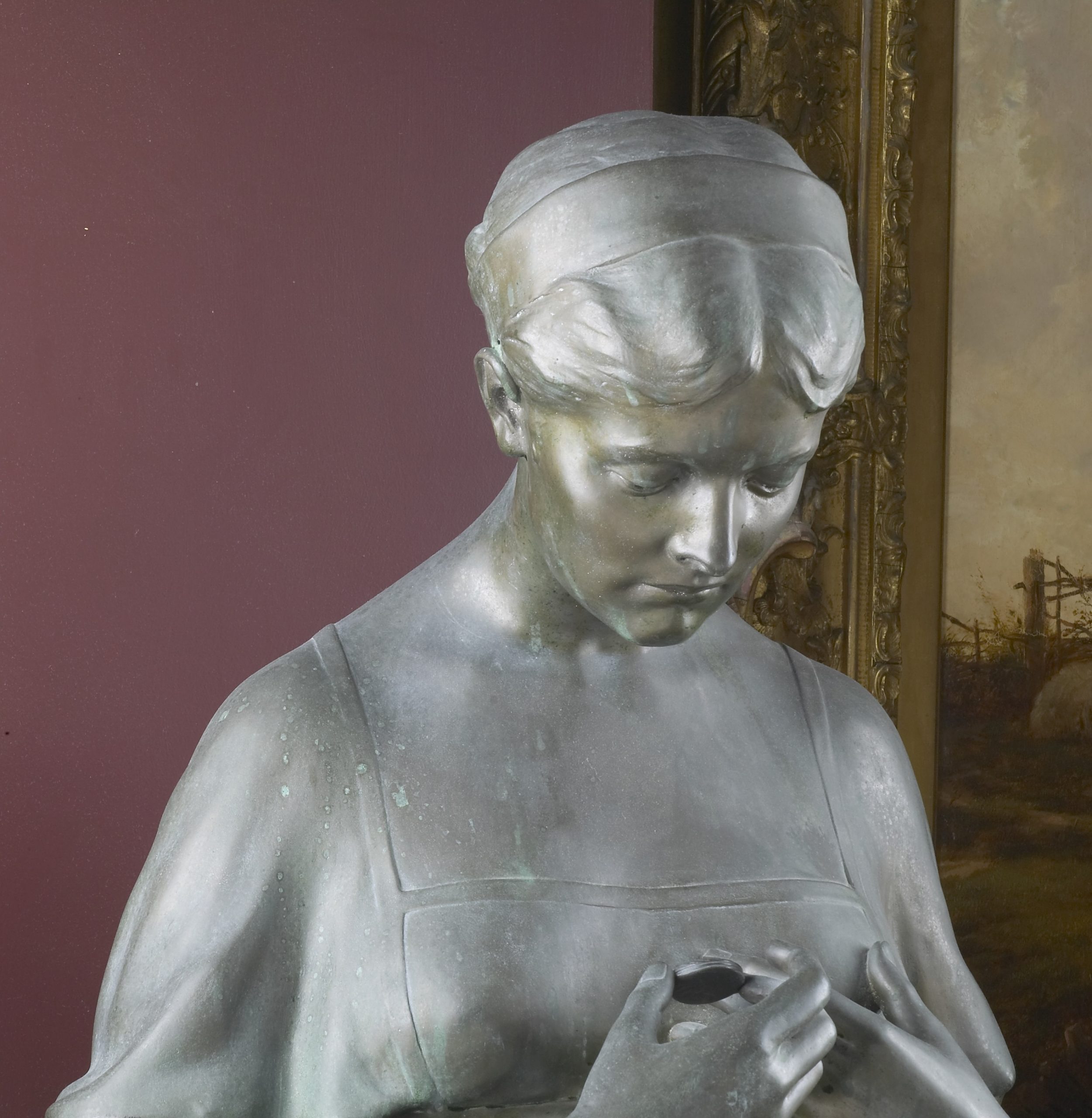 Memories is a war time work designed to express the feelings caused by the loss of kith and kin. The sculpture breathes the spirit of the sadness and bereavement of the time; eyes gazing at the Victoria Cross, a reminder of a loved one who had given his life for his country. The figure was modelled by a niece of Lord Lincolnshire.

Shaw Wilson was a Scot by birth and completed his early art training in Aberdeen and Glasgow and then the Royal College of Art in London. On his retirement, he settled near Guildford where he was an active member of the Guildford Art Society, and then moved to Bournemouth.
He was an exhibitor at the Royal Academy and the Glasgow Institute of Fine Arts. This sculpture was exhibited at the 1917 Royal Academy Summer Exhibition and presented to the Russell-Cotes after the artist’s death in 1937. It was a marble bust but became damaged, so it was cast in bronze by Mrs Wilson in 1947 & donated to the Russell-Cotes. Unfortunately, a member of the public managed to detach the artist’s copy of the Victoria Cross. Consequently, a great deal of time and inconvenience was undertaken as the War Office had to be contacted and His majesty King George VI had to approve the replacement replica. 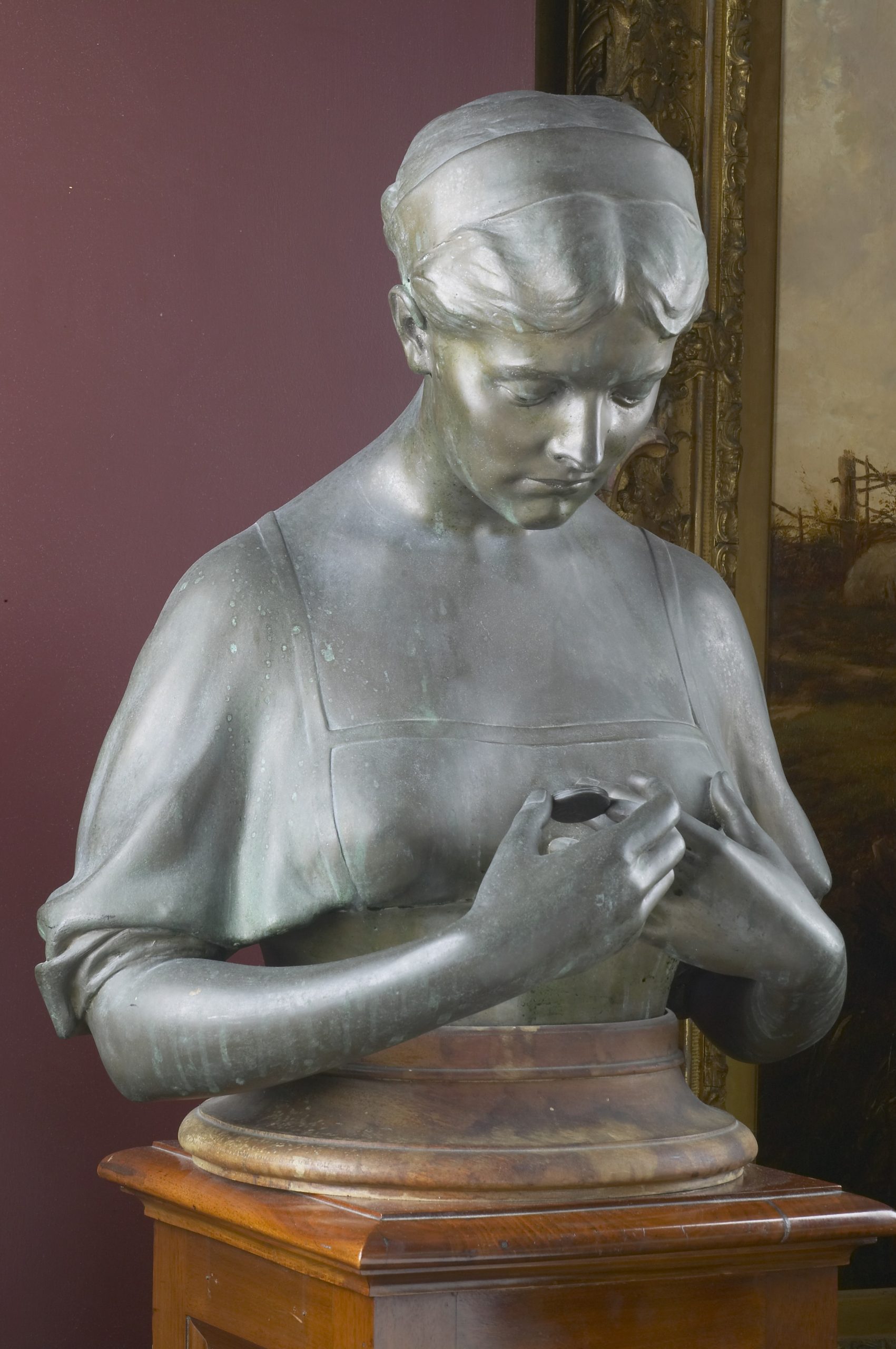