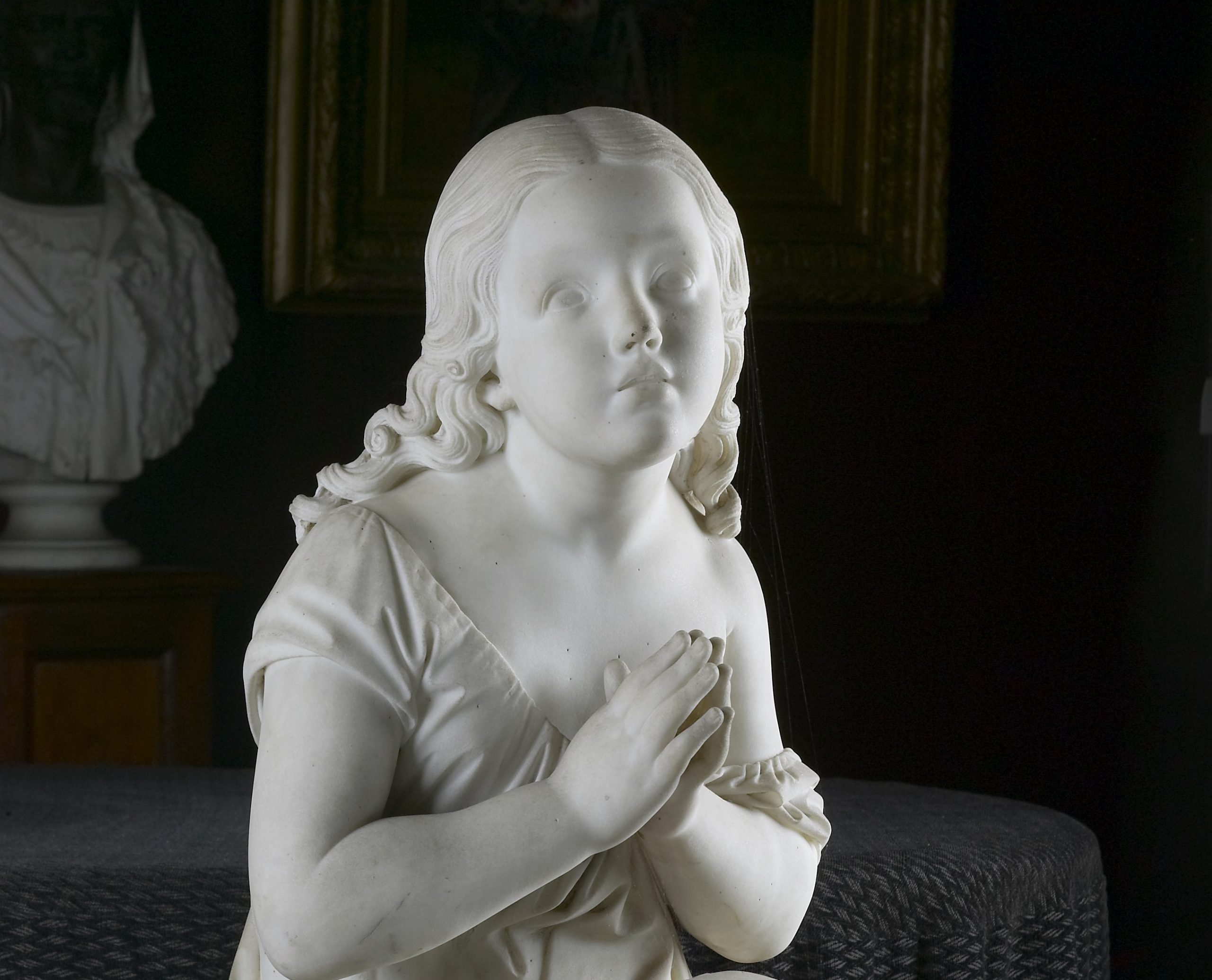 This marble sculpture of a child praying is dated by the inscription carved into the top of the base at the back. The title refers to the Prophet Samuel (Shmu’el in Hebrew), who had been brought to the Temple of Shiloh as a young child to serve God.

He lived in the 11th century BC and became a seer, priest, prophet, judge and military leader. His life is documented in the First Book of Samuel, called in the Catholic canon the First Book of Kings. Like all Benzoni’s works, this is in the neoclassical style. Benzoni trained and worked in Rome where he produced works of art that appealed to collectors on the Grand Tour. 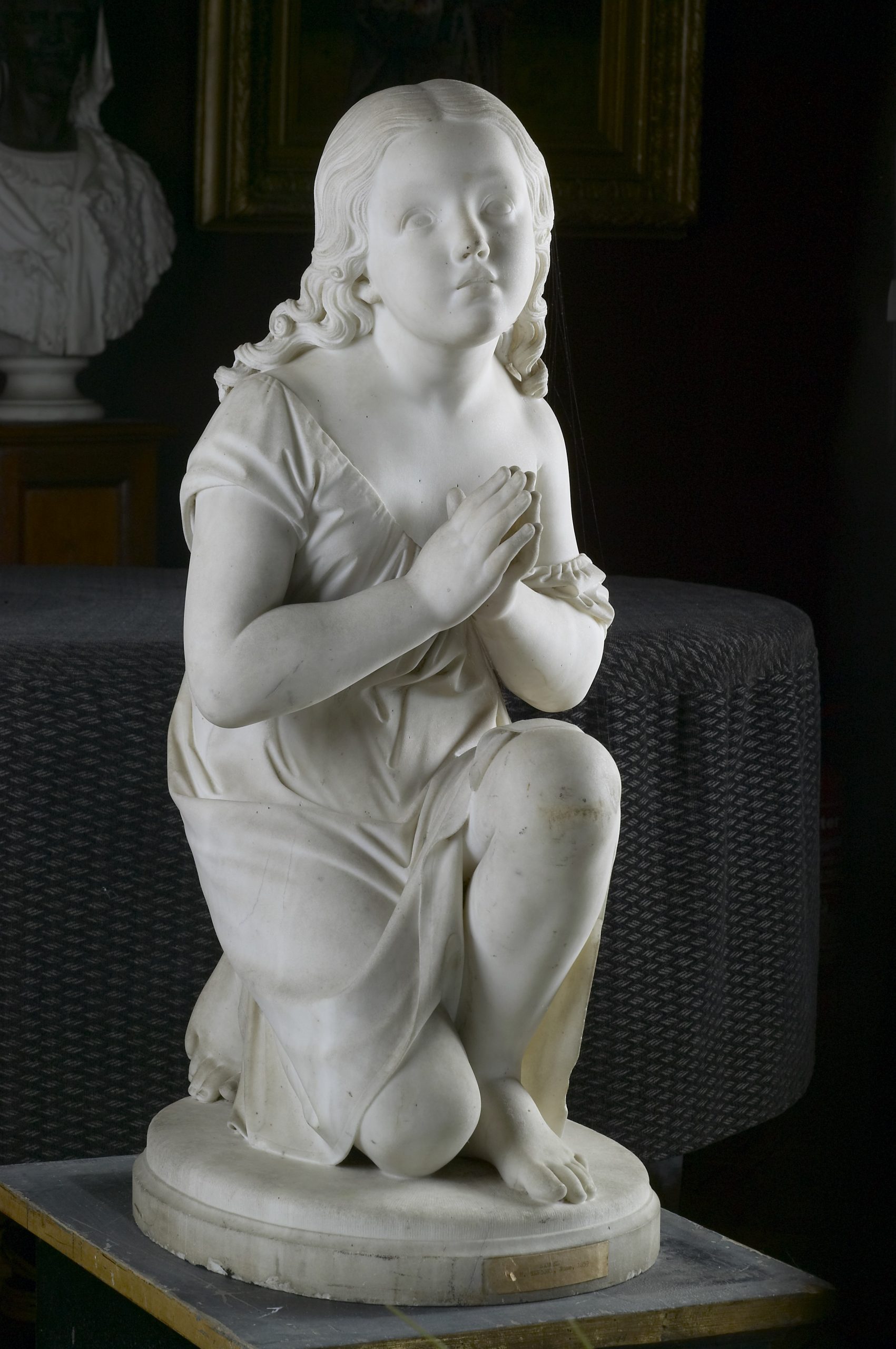