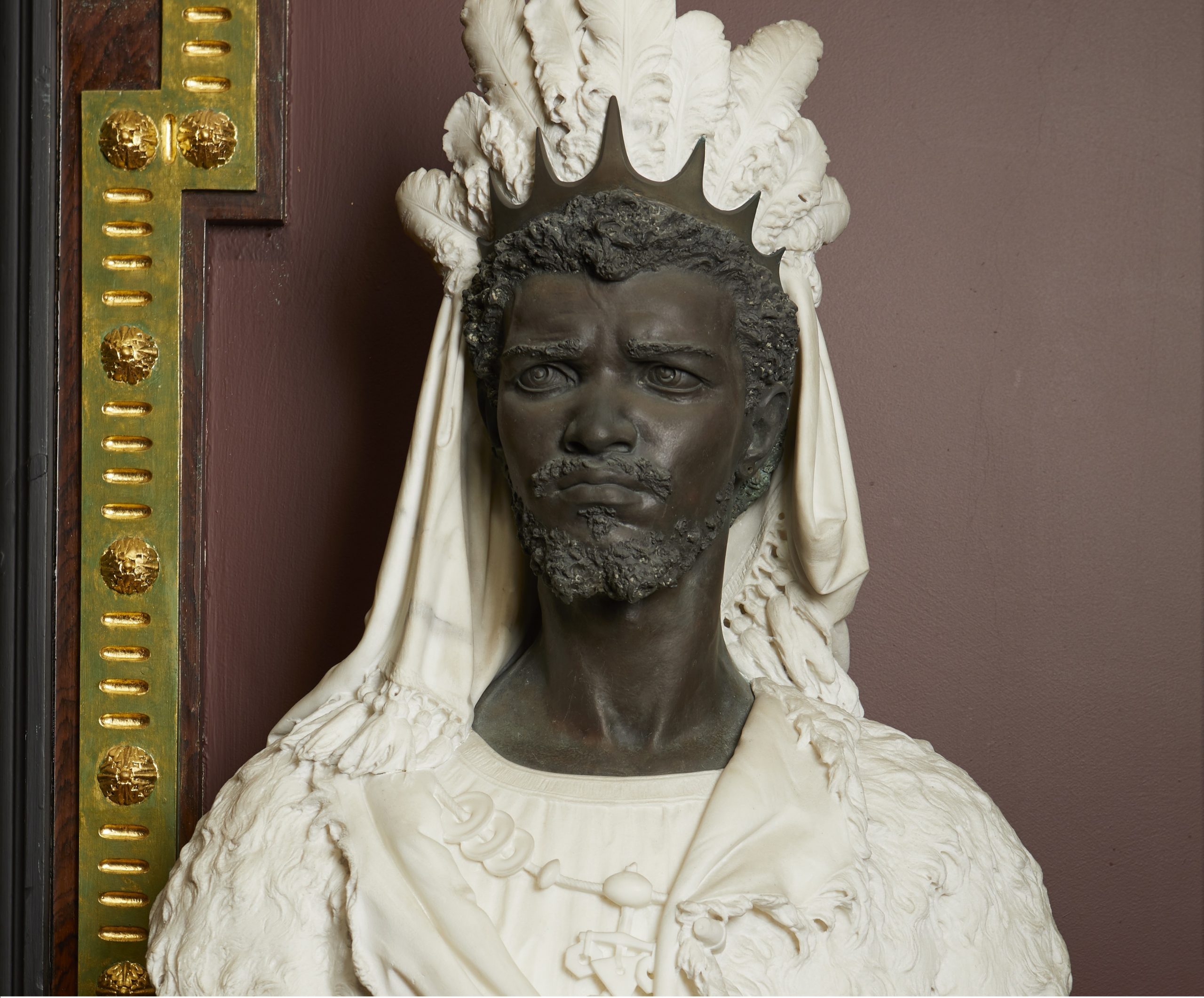 Luigi Pagini was born in Bergamo, he moved to Milan to study sculpture at Accademia di Brera, where he won its annual competition in 1860. Pagini’s work was shown at major exhibitions in Italy before he exhibited at the Royal Academy in 1870.

The Selika and Nelusko busts dated 1871 were probably shown at the Royal Academy in 1872. This style of sculpture was popular in France and Italy in the late nineteenth century where a fascination for African and Arab subjects was met with realistic portrayals for the first time. The bronze patina is a mixture of acid and wax; the marble carved in 2/3 pieces then assembled and tidied into a seamless carving. Sculptors, Pietro Calvi and Charles Cordier were renowned for this technique.

Early photographs of the building show that Merton bought these busts for our collection. 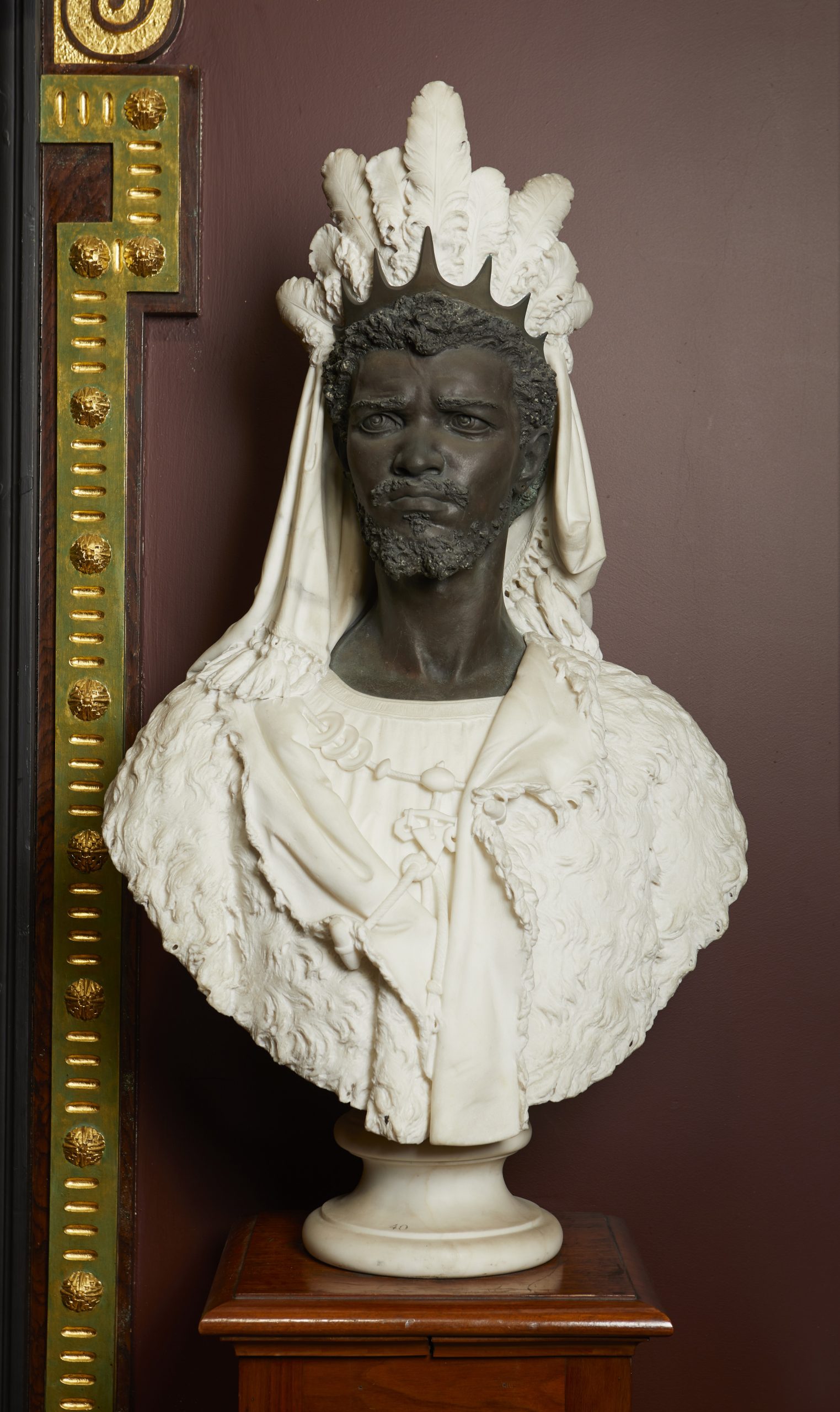