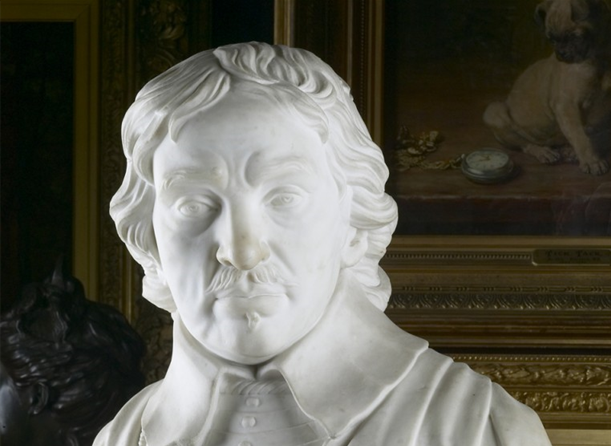 This marble bust of Oliver Cromwell is a nineteenth century piece based on an original work by Louis François Roubiliac (lived 1702 – 1762), a French sculptor who came to London in 1720 and earned his living from commissions for portrait busts and church monuments. He became the most popular portrait sculptor of his day.

Oliver Cromwell was Lord Protector of England, Wales, Scotland and Ireland from December 1653 until his death is 1658. As one of the generals on the Parliamentary side in the English Civil War against King Charles I Cromwell helped to overthrow the Stuart monarchy. A man of outstanding gifts and a forceful character, he was a convicted Calvinist but believed deeply in the value of religious toleration. At the same time, Cromwell’s victories at home and abroad helped to enlarge and sustain a Puritan attitude of mind, both in Great Britain and in North America, which continued to influence political and social life until recent times.

Francois Roubiliac was born in France but came to London in 1720, and subsequently became the most popular portrait sculptor of his day. 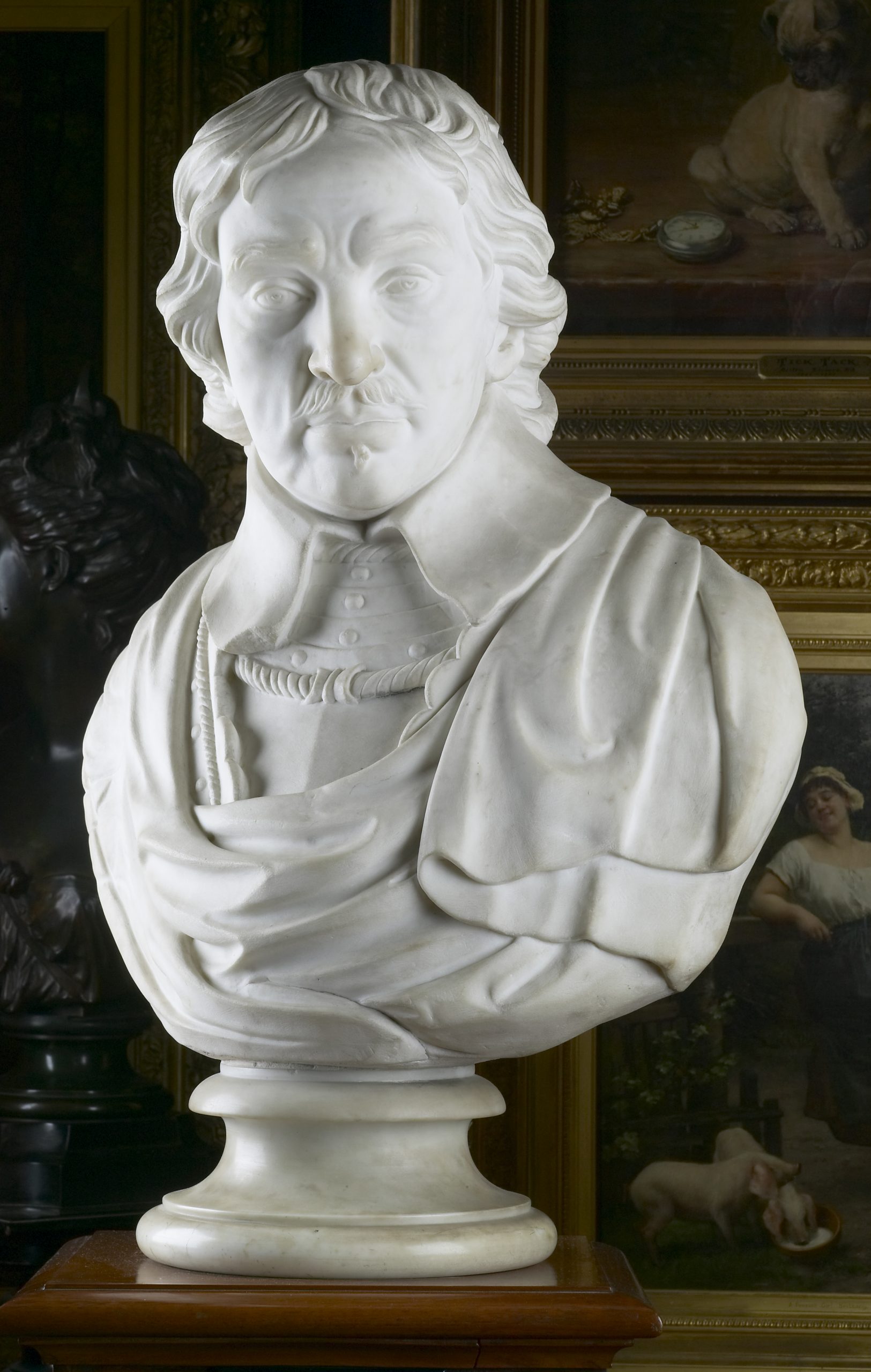