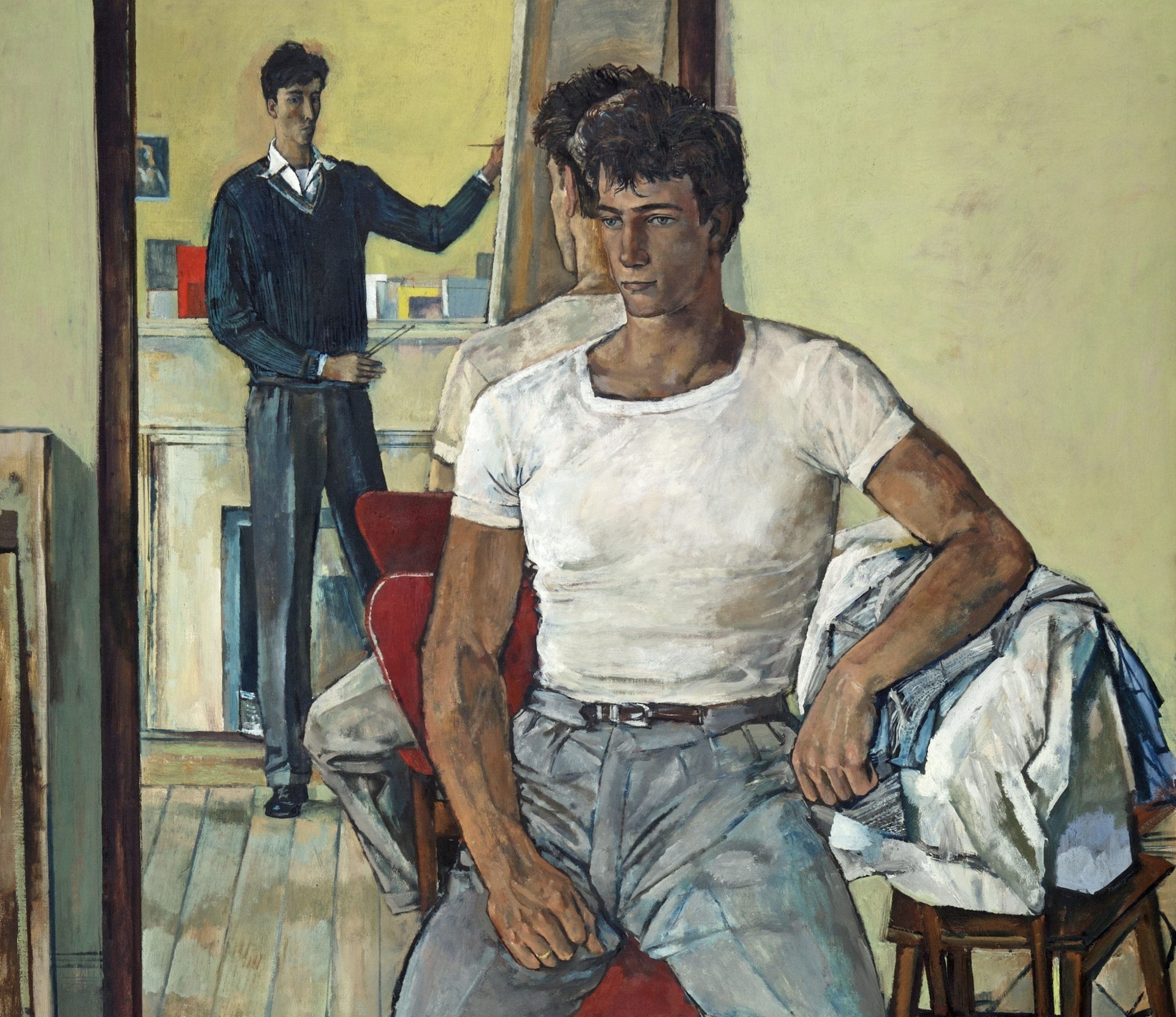 John Minton was a celebrated figure in London’s Bohemia and Neo-Romanticism of the 1940s. He was a member of the London Group, formed by a band of radical artist to offer additional exhibiting opportunities to artists besides the Royal Academy of Arts. Minton’s main artistic theme, partly homo-erotic, was the young male figure in emotionally charged settings. In this painting, Minton alters the traditional dynamic between the dominant artist and their passive model. The young model is the centre of attention, while Minton shows himself to be a slight and withdrawn figure. The model was his friend, the actor Norman Bowler, best known for his role as Frank Tate in the TV series ‘Emmerdale’.

Minton was himself gay, at a time when homosexuality was illegal and was often attracted to unavailable men. Outwardly a charming and charismatic figure, he struggled with self-doubt and self-destruction and aged thirty-nine took his own life with a drug’s overdose. 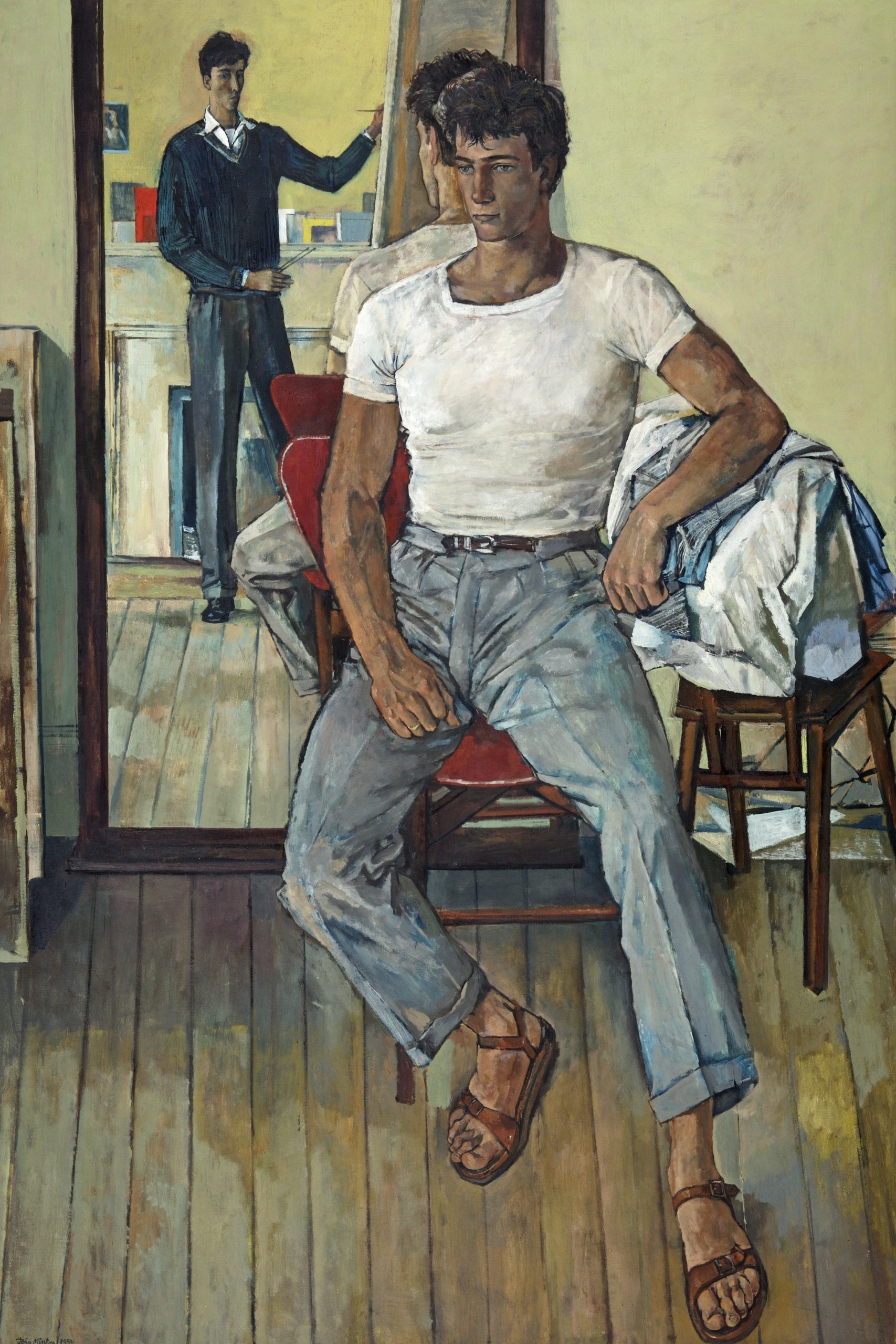