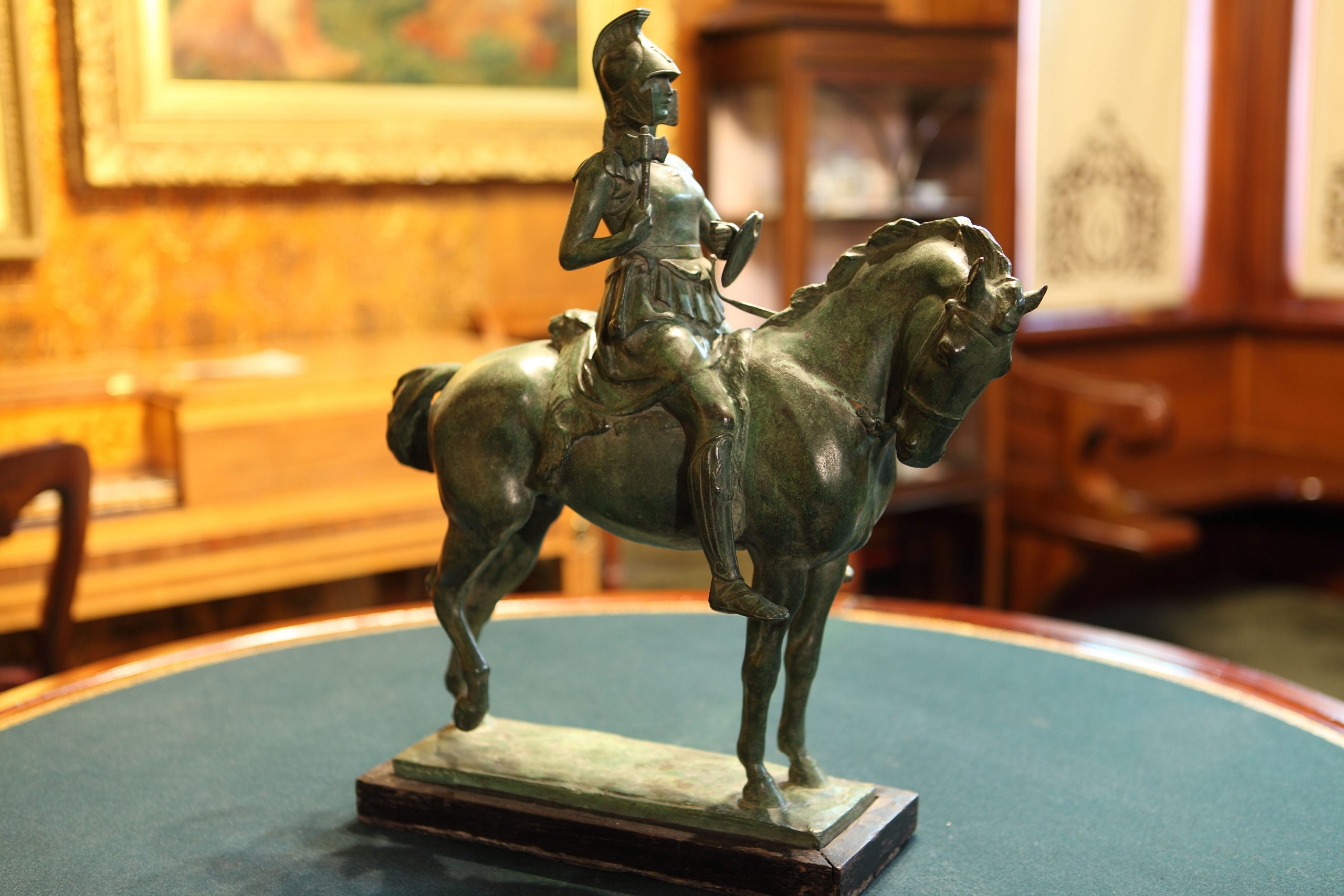 Penthesilea, Queen of the Amazons

Penthesilea, Queen of the Amazons

This sculpture is a copy of a well-known classical statue based on the original of the 5th century BC by the Athenian sculptor Pheidias, who designed the Parthenon frieze.

This bronze represents one of the legendary warrior women against whom many Greek heroes fought. In Greek mythology an Amazon was a member of a race of women warriors. The story of the Amazons probably originated as a variant of a tale recurrent in many cultures. Traditionally, one of the labours required of the Greek hero Heracles was leading an expedition to obtain the girdle of the Amazons’ Queen, during which he was said to have conquered and expelled them from their district.

Ancient Greek works of art often depicted combats between Amazons and Greeks. As portrayed in these works, the Amazons were similar in model to the goddess Athena, and the weapons they often held in their arms were the bow, spear, light double axe, a half shield, and in early art, a helmet. In later art they were more like the Goddess Artemis and wore a thin dress, girded high for speed.