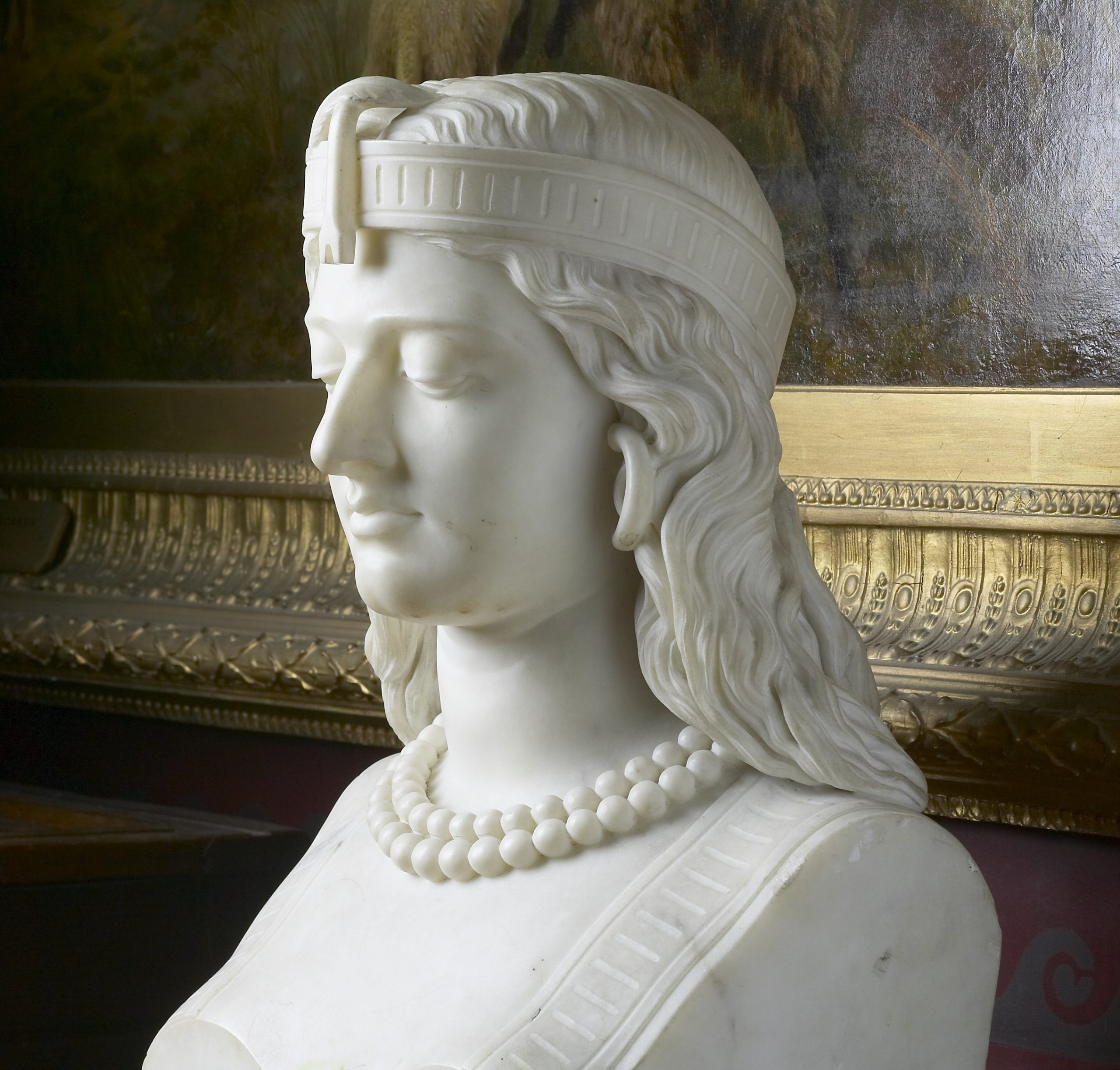 This sculpture is a herm – a statue consisting of a squared stone pillar with a scene in low relief and a carved head of the Pharaoh’s daughter above. The story in Exodus is that the Pharaoh, who ruled Egypt, hated the Israelites and worried that they had become too numerous. He ordered the deaths of all baby boys born to them. To save her infant son, the mother placed him in a basket and hid him among the reeds along the Nile River. The scene depicted is the Pharaoh’s daughter discovering the baby as she was bathing. She adopted him, raised him as her own and called him Moses. Of Adams-Acton’s ‘ideal’ works, the Pharaoh’s Daughter, is one of his best.

Adams-Acton studied at the Royal Academy Schools where he won several medals. In 1858, he won the Royal Academy’s travelling studentship and was in Rome until 1865 where he made this sculpture. He studied there under sculptor John Gibson. Through Gibson, many distinguished visitors to Rome had their portraits sculpted by Adams-Acton. By the time he returned to Britain he had established a reputation as a talented portrait sculptor. He exhibited from the 1850s at the Royal Academy for forty years showing a succession of busts, portrait medallions and full statues of eminent Victorians. 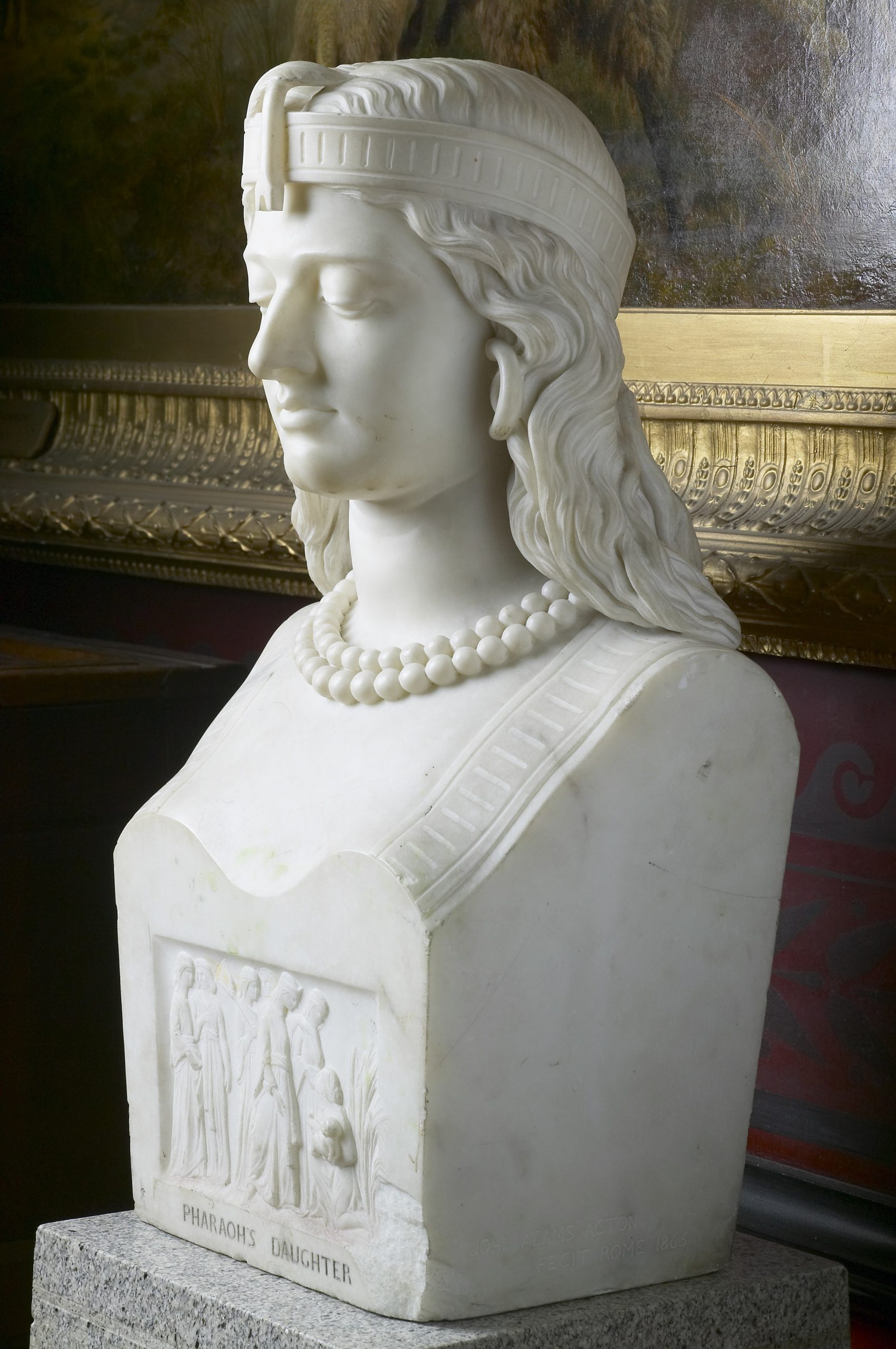