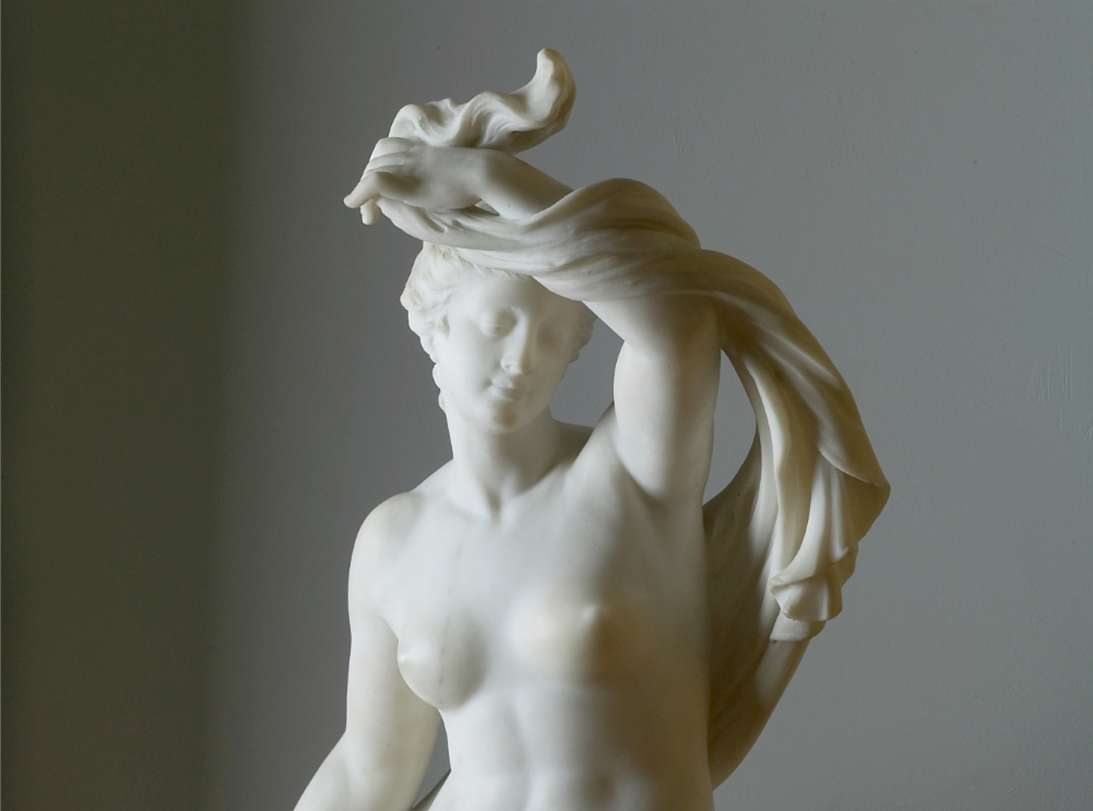 Phryne (who lived around 328 BC) was a Greek model and courtesan. She was put on trial accused of impiety for supposedly of cursing Demeter, the Greek goddess of fertility.

At the trial she was defended by the orator Hypereides. When it seemed as if the verdict would be unfavourable, Hypereides removed Phryne’s robe and bared her breasts before the judges to arouse their pity. Her beauty instilled the judges with a superstitious fear, that they could not condemn “a prophetess and priestess of Aphrodite” to death, so they decided to acquit her. 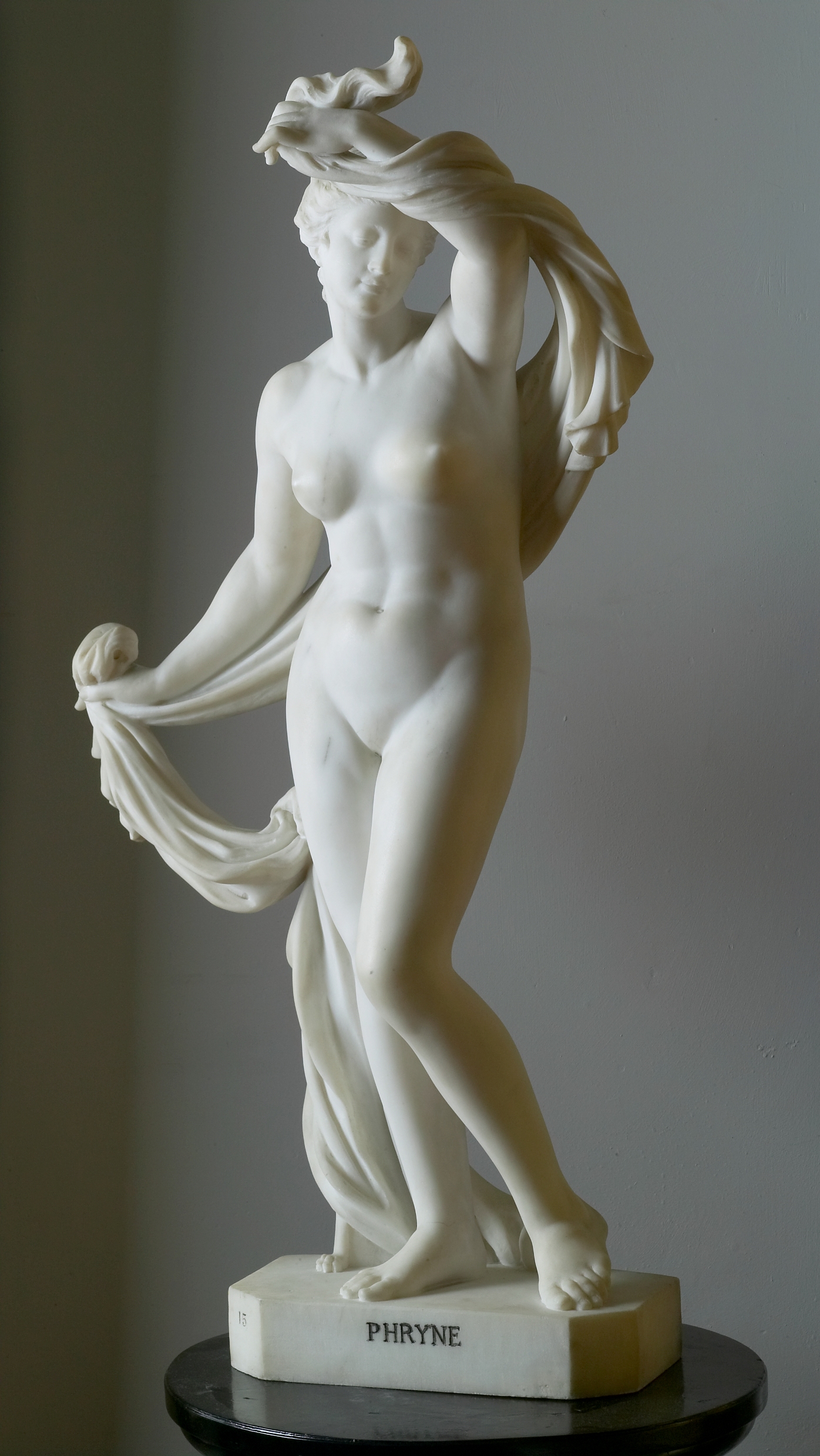