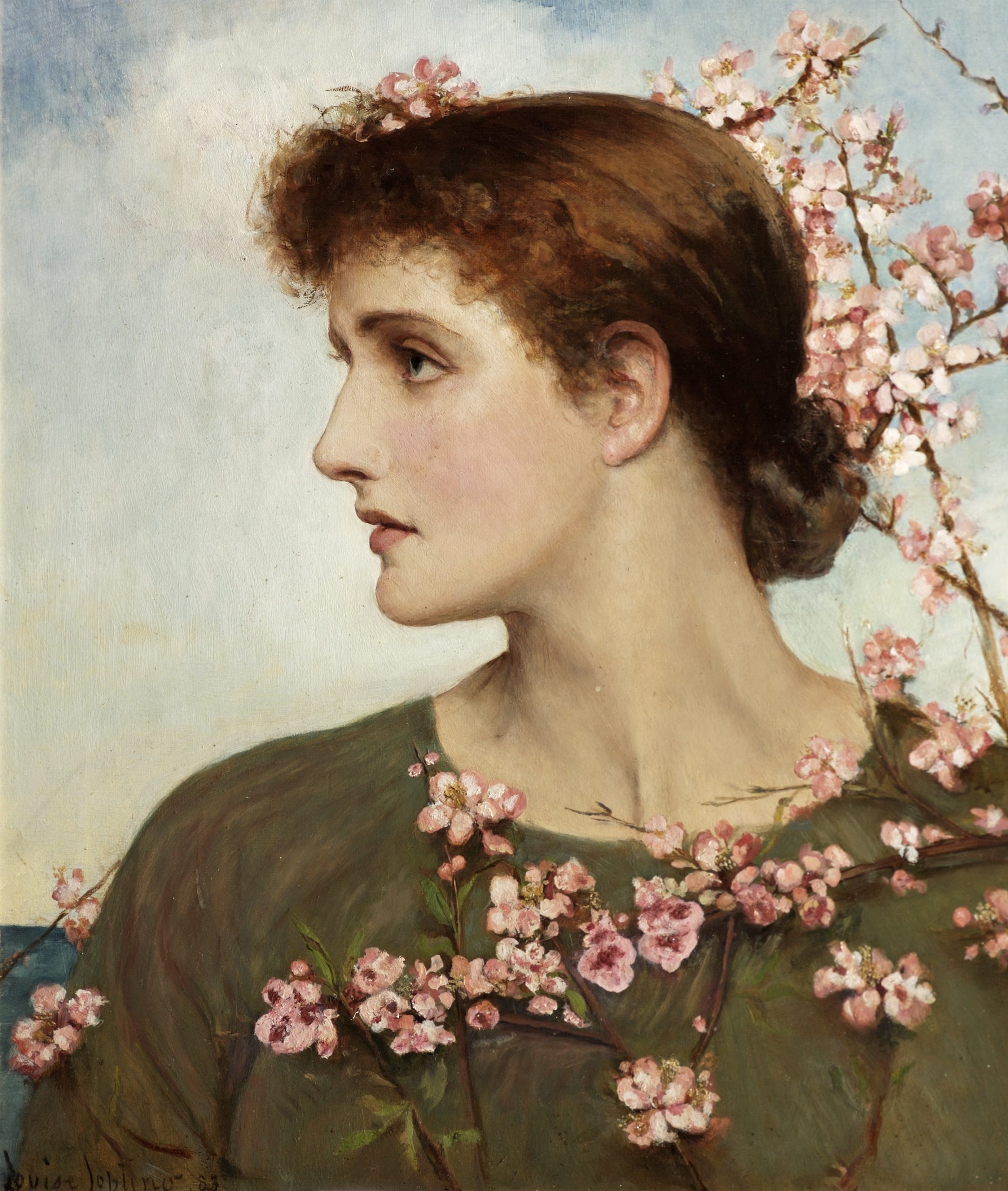 The painting dated 1883 shows the portrait of a young woman with her head turned which is an unusual composition for its time. A subject taken from Greek Mythology Phyllis is represented as suffering great sadness after being abandoned by her new husband Demophon. She is transformed by the Gods into an almond tree. Jopling’s treatment is typically aesthetic; a tribute to female beauty tinged with poetic melancholy.

Louise Jane Jopling (née Goode, previously Romer and later Rowe) (Manchester 16 November 1843 – 19 November 1933) was an English painter of the Victorian era, and one of the most prominent female artists of her generation. Jopling was at the heart of the London art scene with influential friends such as James McNeil Whistler and Sir John Everett Millais.

During the 90 years of her life there was unbelievable change for women. Joplin herself was a campaigner for women’s suffrage. She was born at a time when women were legally the property of their fathers or husbands however by time she died, women had gained equal franchise.