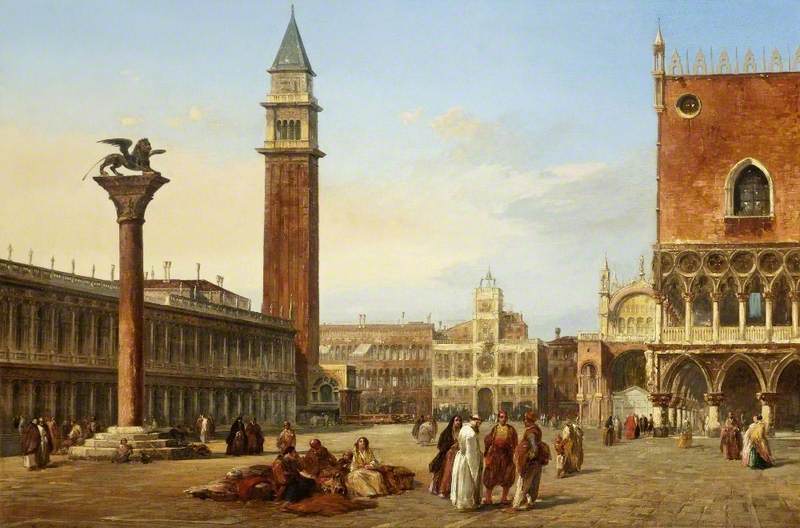 Edward Pritchett specialised in paintings capturing the buildings and canals of Venice. This was a city (and previously a city-state known as the Republic of Venice) described by Napoleon as “the drawing room of Europe”. This painting shows the hustle and bustle of Piazza San Marco (St Mark’s Square), the principal square of Venice, a site popular with artists and tourists for centuries.

On the right-hand side of the picture is part of the Palace of the Doge of Venice, the supreme authority of the former Republic. It was built in 1340 in the Venetian Gothic style and extended and modified in the following centuries. To the left are the Campanile (bell tower), first built in the 12th century, and restored in 1514, and a granite column topped by a winged lion, the symbol of San Marco / St. Mark, originally erected around 1268.

Little is known about Edward Pritchett’s life and career, but we do know that he exhibited at the Royal Academy 1828-49, and at the Society of British Artists. Nearly all his pictures were of Venice, but he did exhibit occasional English views.