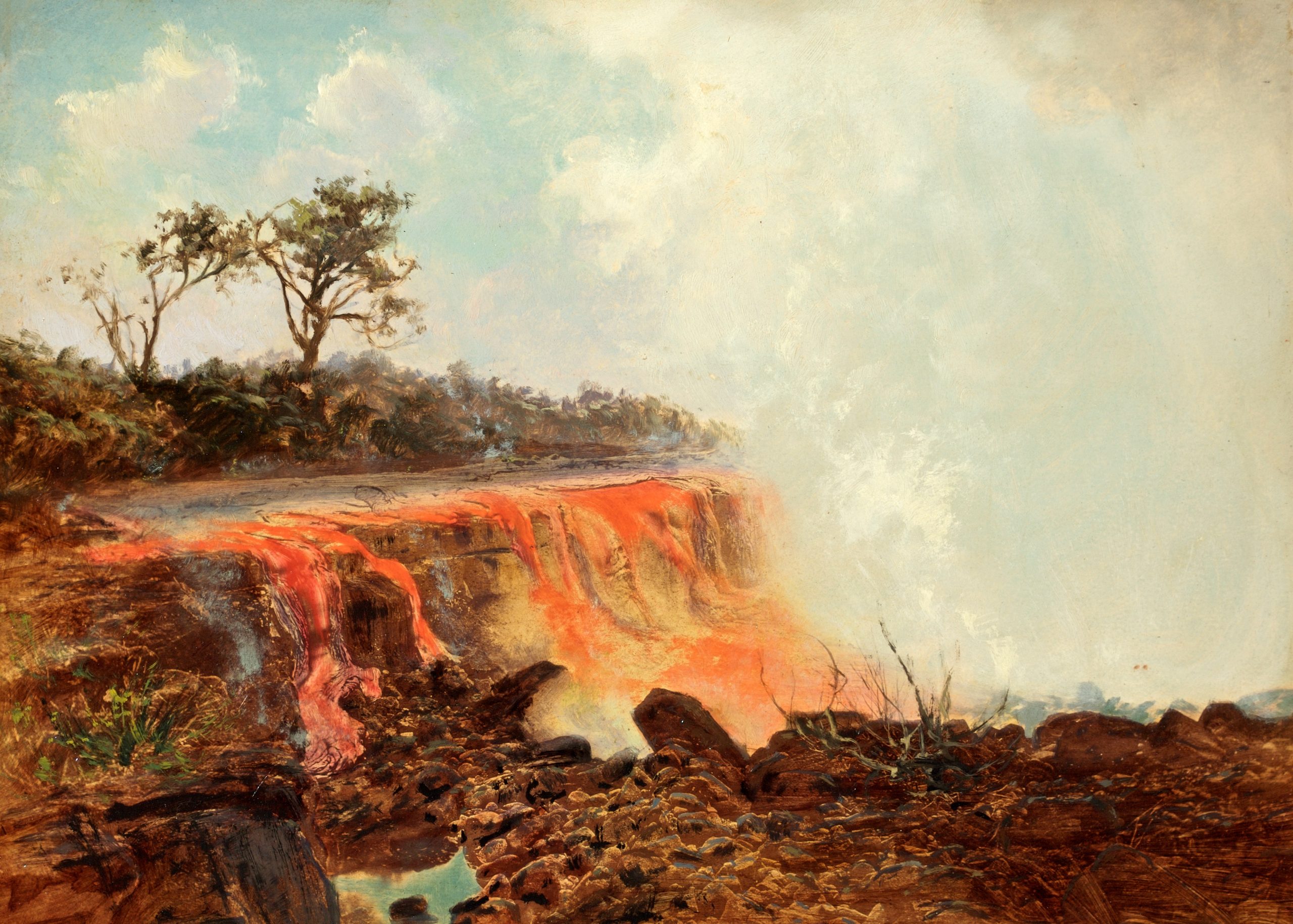 This painting dates to Charles Furneaux’s first visit to the Islands of Hawaii, which he visited to study the lava flows of Mauna Loa with William Brigham in 1880. Vividly painted with bold colouring, this work must be among the artist’s earliest impressions of molten lava.

Sir Merton Russell-Cotes purchased this painting and another by the artist during his visit to Hawaii in July 1885. In his biography ‘Home and Abroad’, he recalled that- ‘whilst sojourning in Honolulu, my wife and I met two French artists, Jules Taverniers and Chas. Ferneaux.’

Charles Furneaux was born in Boston and became a drawing instructor in that area. In 1880, Furneaux moved to Hawaii, where he cultivated the friendship of King Kalakaua and other members of the Hawaiian royal family, from whom he later received several commissions. In the late 1880s, he was commissioned in Honolulu by Alexander Joy Cartwright, widely credited as the “father of baseball” and another dear friend of King Kalakaua, to paint the only oil portrait of his 72-year life. While living in Honolulu he taught at the private schools Punahou and St. Albans (now known as Iolani School). In 1885, he received the order of Chevalier of Kapiolani from King Kalakaua in ‘recognition of his services in advancing Hawaiian art’. He died in Hawaii in 1913.