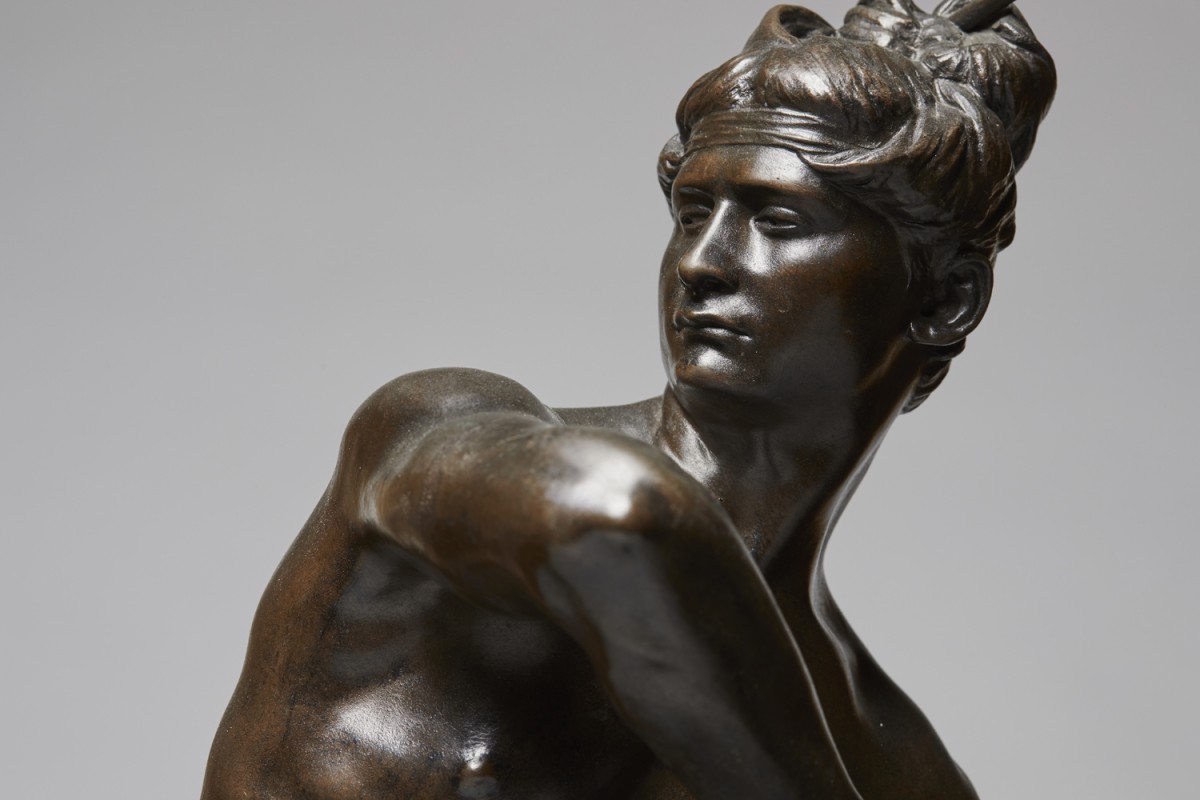 Sarpedon, in Greek legend, son of Zeus, the king of the gods, and Laodameia, the daughter of Bellerophon; he was a Lycian prince and a hero in the Trojan War.
As recounted in Homer’s Iliad, Book XVI, Sarpedon fought with distinction on the side of the Trojans but was slain by the Greek warrior Patroclus.
A struggle took place for the possession of his body until Apollo rescued it from the Greeks, washed it, anointed it with ambrosia, and handed it over to Hypnos and Thanatos (Sleep and Death), by whom it was conveyed for burial to Lycia.
In this sculpture by Henri Peinte, Sarpedon is seen bending his bow with his quiver and arrows at his feet. Henri Peinte (1845-1912) studied under Duret and Cavalier and exhibited at the Salon from 1877, winning the third-class medal and the Prix de Salon on his debut, a second-class medal in 1887 and the Grand Prix and the Legion d’honneur, both in 1889. He specialised in classical figures and groups, such as Orpheus, Sarpendon and Philoktet on Lemnos. 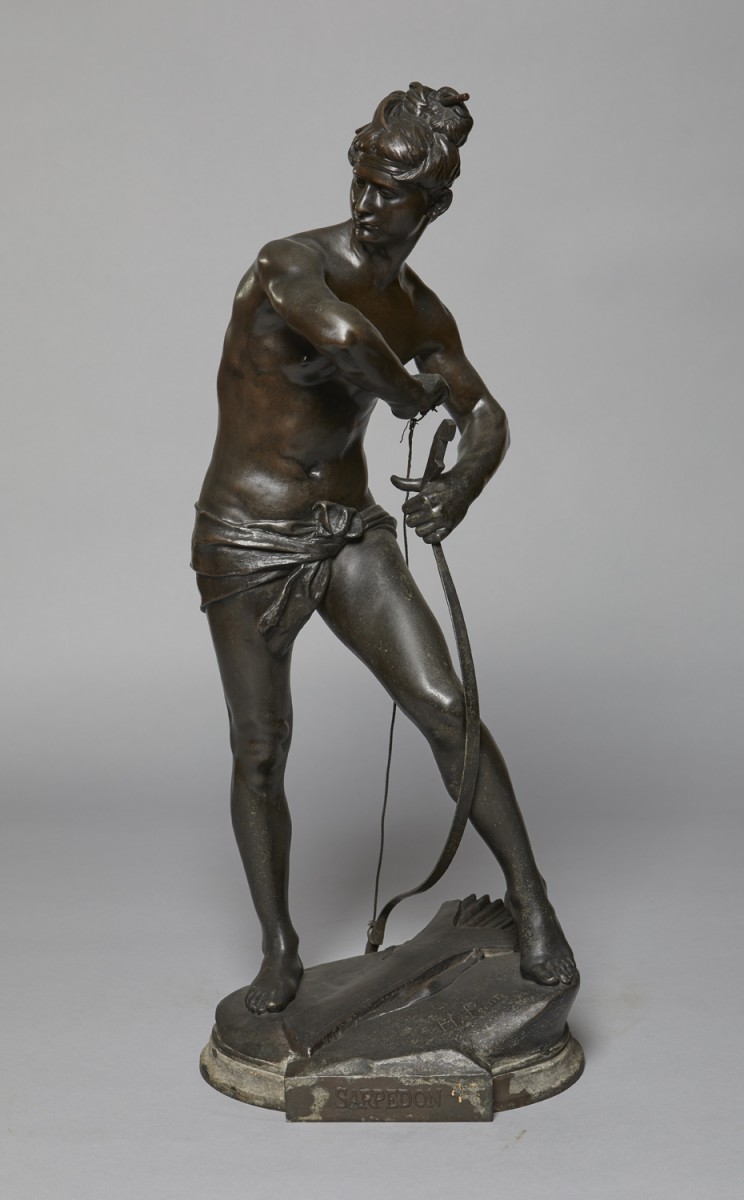 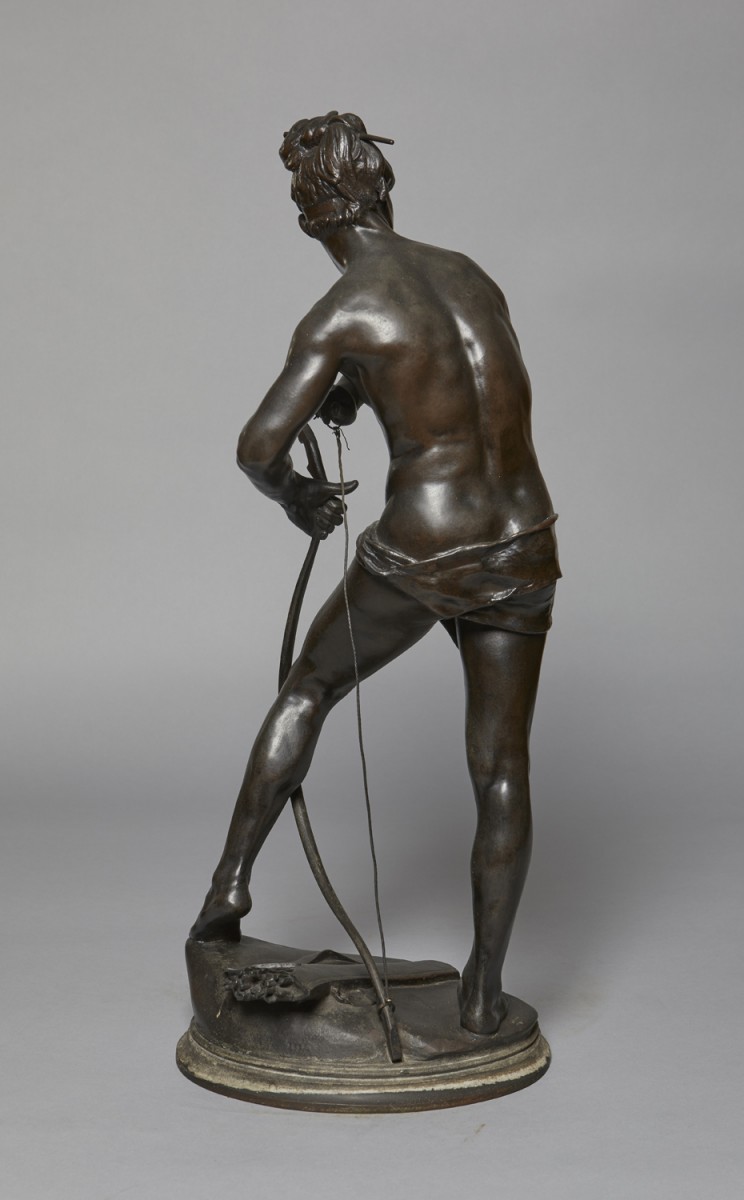