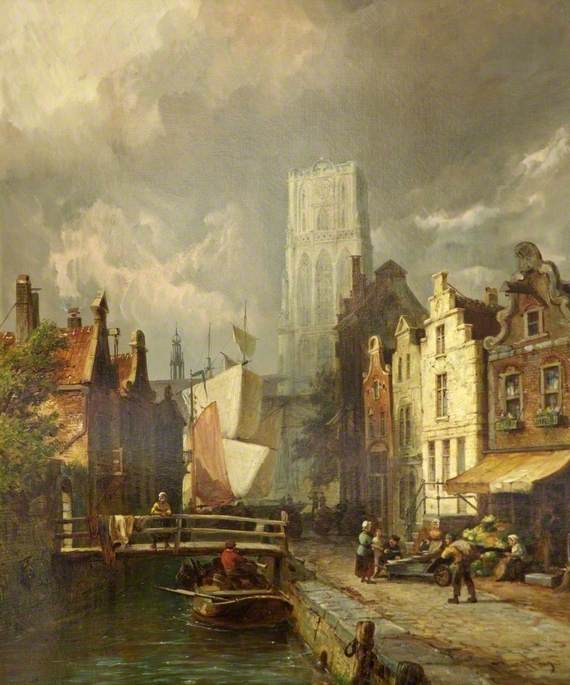 This view of Rotterdam is full of snapshots of everyday life: a woman hanging her washing out to dry, labourers carrying their wares and a shopkeeper selling vegetables. Looming over the urban scene of everyday life is the monumental tower of the gothic church of St Laurens, also called the Great Church. The light shining from the left on the sails of the boat & some of the buildings is particularly striking.

Dommershuijzen was from Holland but he travelled and painted in America, Belgium, Britain and France. He painted town views, street scenes, river and canal scenes, harbours and seascapes. Many of his subjects were painted at sunset to capture the changing effects of atmosphere and light. He exhibited in The Hague, Rotterdam and Amsterdam. In 1861 he moved to London where he lived for the rest of his life and anglicised his name to Dommerson. He painted Dutch images for the British market. He exhibited at the Royal Academy and British Institution. Dommershuijzen had an artistic family; his brother, Christian, was a marine painter and his son, Raymond, painted Dutch waterways.