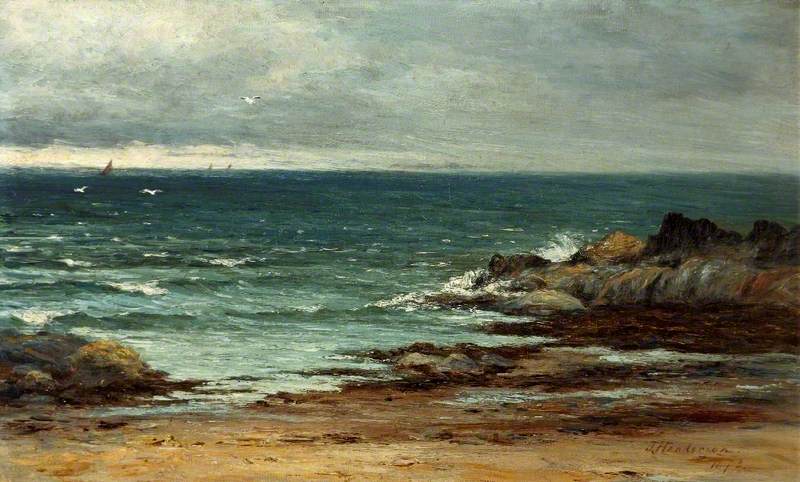 Joseph Henderson initially made his living and reputation as a portrait painter, capturing the likenesses of wealthy Scottish gentlemen and ladies. Once he had established himself, he began to diversify as a painter of landscapes, seascapes and house interiors.

Here a sandy beach is surrounded by rocks at low tide, the sea is drawn back to reveal the sandy shoreline littered with seaweed. The rocks to the left and right frame the view and lead the spectator towards the distant horizon, emphasising the immensity of the sea.

Henderson exhibited his work at the Royal Scottish Academy and at the Royal Glasgow Institute of the Fine Arts. He also exhibited at the Royal Academy in London from 1871 to 1886 and in Suffolk Street Galleries from 1882 to 1884. Two of Joseph Henderson’s sons – John Henderson (1860-1924) and Joseph Morris Henderson (1863-1936) – also became artists working in landscape and coastal scenery.