Frederick Leighton was perhaps the greatest English painter of the Victorian period. His richly coloured, technically brilliant work typifies late 19th century British art. The bulk of his work takes classical mythology as its source and he was the leading exponent of what is often referred to as Victorian Classicist or Olympian art, which drew inspiration from the art of the High Renaissance as well as from the classical art of Greece and Rome.

The Russell-Cotes Art Gallery and Museum owns a small colour study by him for Perseus and Andromeda (the finished painting is now in the Walker Art Gallery, Liverpool) bought by Merton directly from Leighton. There are also parallels between the decor of Leighton´s home and East Cliff Hall – the use of Islamic design, for instance, and the previously mentioned copy of the Parthenon Frieze.

Leighton was in all senses an eminent Victorian, President of the Royal Academy and still the only British artist to be elevated to the peerage (as Lord Leighton of Stretton). After his death a memorial, the work of Thomas Brock, was erected in St. Paul´s Cathedral. It was from work for the memorial, that small busts such as this one were produced. Brock was born in Worcester in 1847.

He exhibited regularly at the Royal Academy and became a Royal Academician in 1891. In 1911 he was knighted. During the latter years of the 19th Century, he began a stylistic shift away from classicism, in which he had been trained, towards the New Sculpture. Perhaps his most notable public monument is the Victoria Memorial, opposite Buckingham Palace. 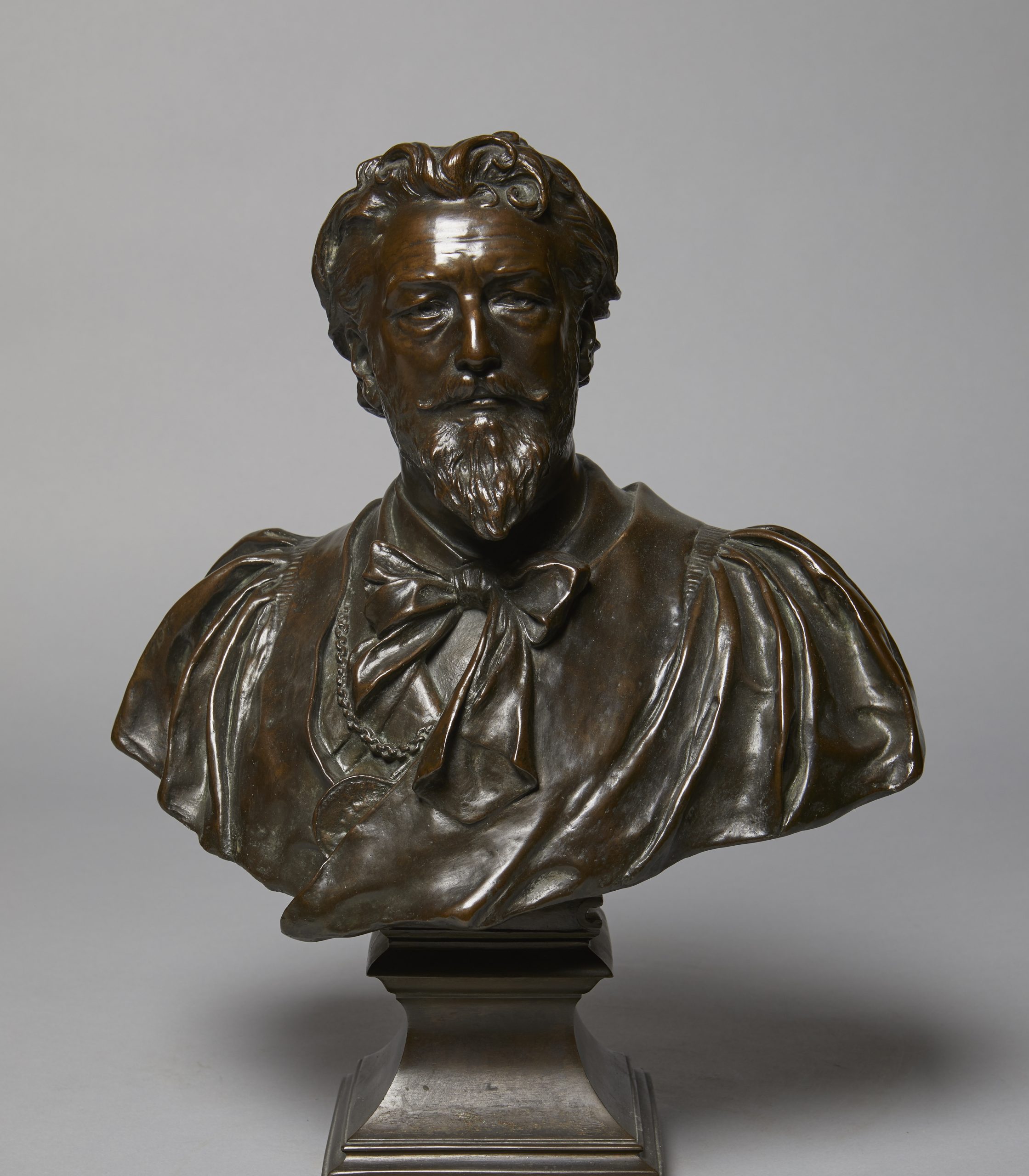