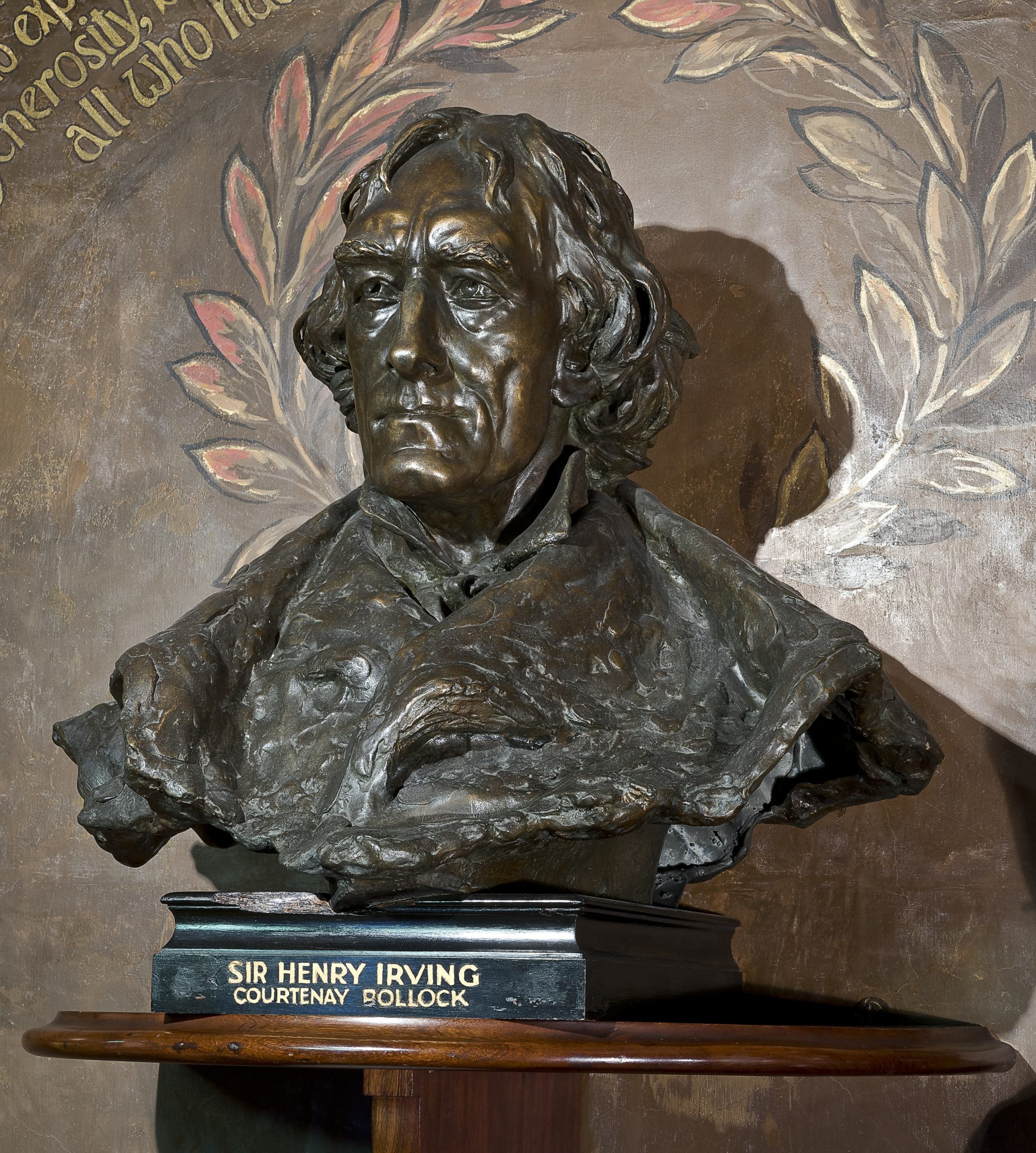 Today Sir Henry Irving is regarded as the archetype of the old-time actor, but in his own time he was regarded as a great theatrical innovator. Even George Bernard Shaw, who attacked him pitilessly, until his death, called him ‘modern’ when he first saw him act. He was, in fact, a typical Victorian, especially with his indomitable will-power and in his unfaltering belief of himself.

The Birmingham born sculptor Courtney Pollock has provided us with a first-hand glimpse into the strong character of a man who practiced the precept of Solomon, “whatsoever thing hand findeth to do, do it with all thy might”. By leaving the surface broken, the artist has compelled us to feel the strength of the character of his sitter.