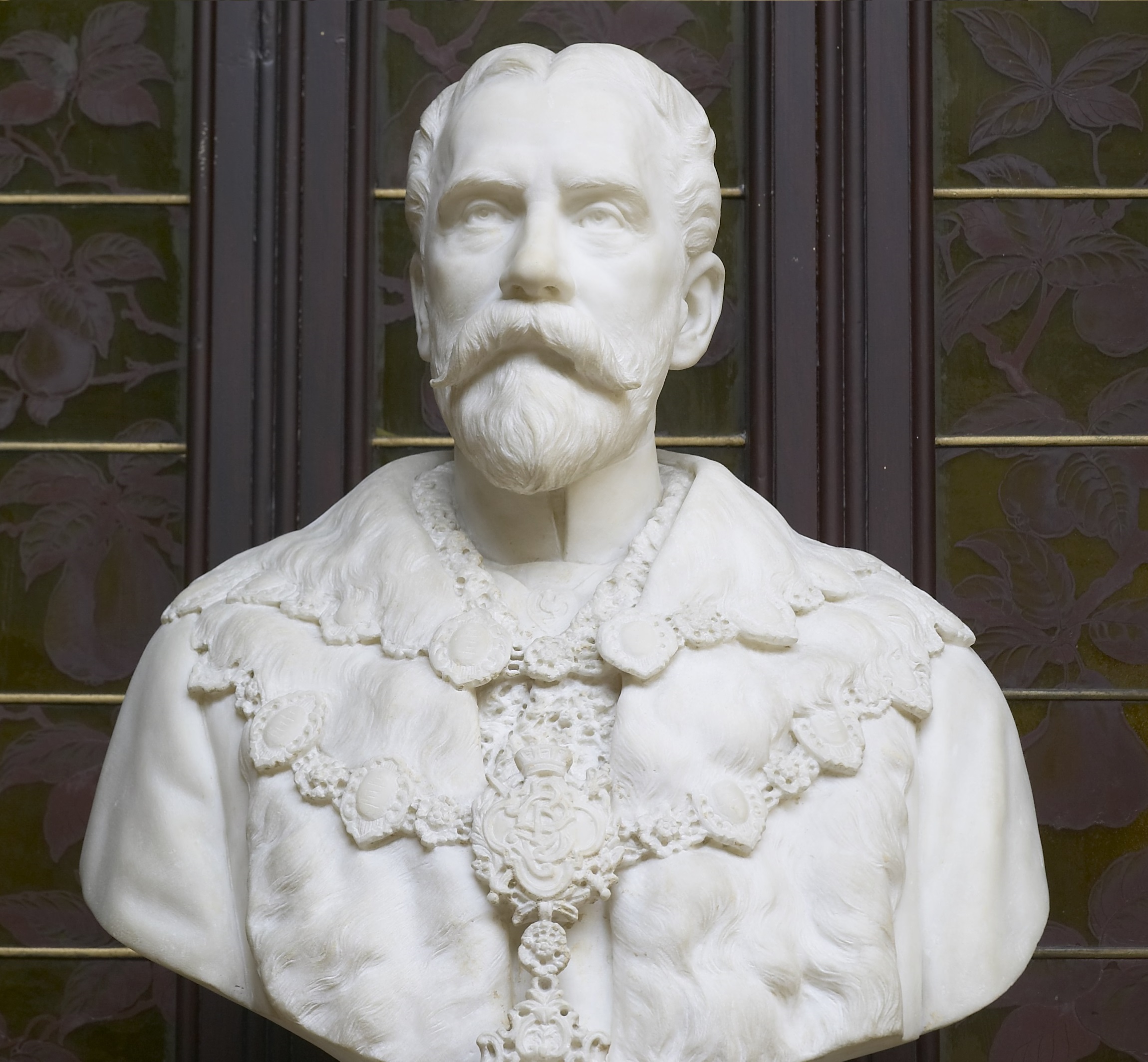 In 1894, Merton was made Mayor of Bournemouth. This statue was commissioned to mark the occasion hence the mayoral regalia.

Spalmach was born in Venice. After serving in the Grenadier Guards, he studied at the Royal Institute of Fine Arts in Venice. The year after graduating from art school, he took up a position at the studio of Orazio Andreoni in Rome, where he worked for the next decade. Andreoni’s studio was one of the most famous in the capital. It had a wide range of sculptural works, both original inventions and copies, often commercial and destined for the Anglo-American markets. 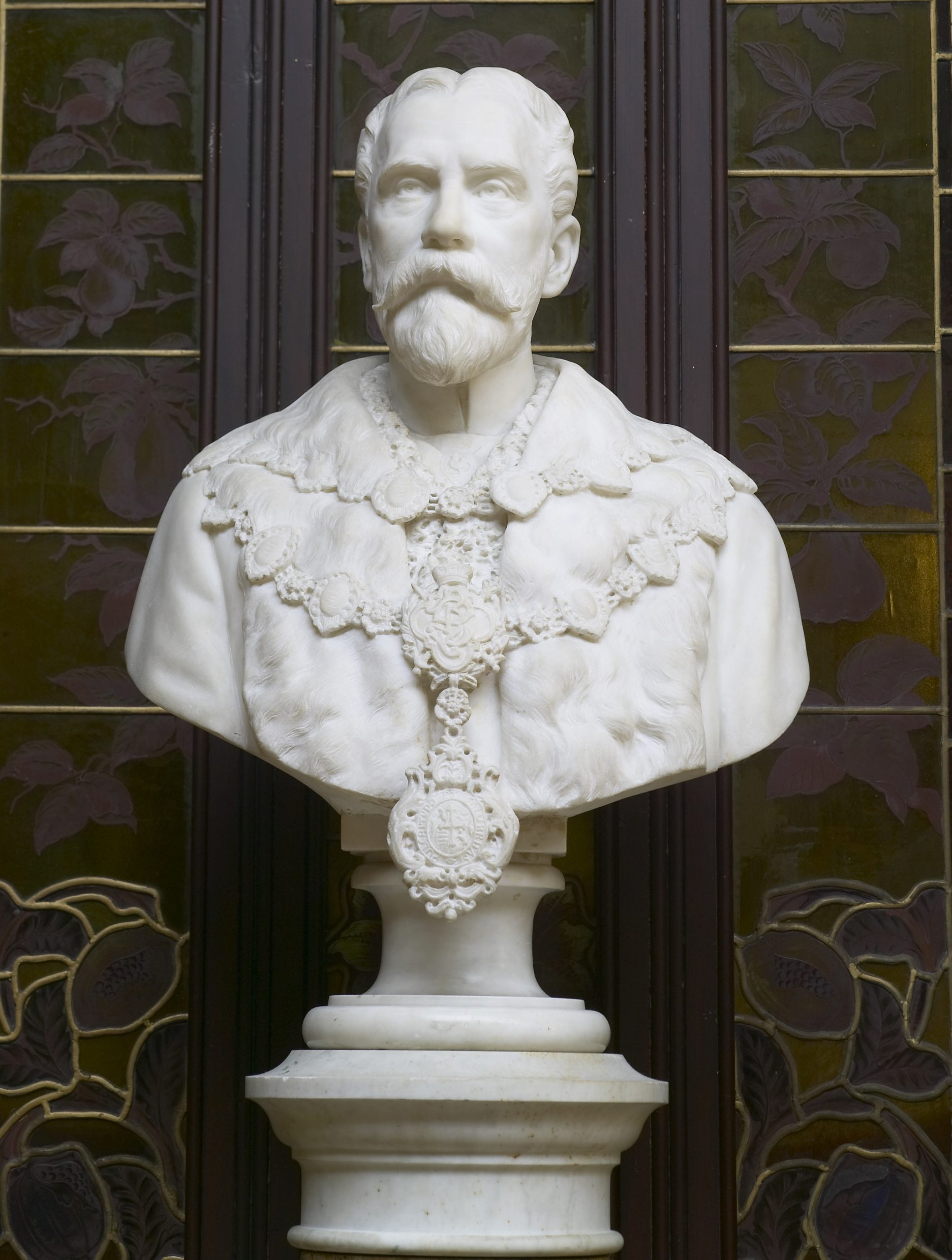