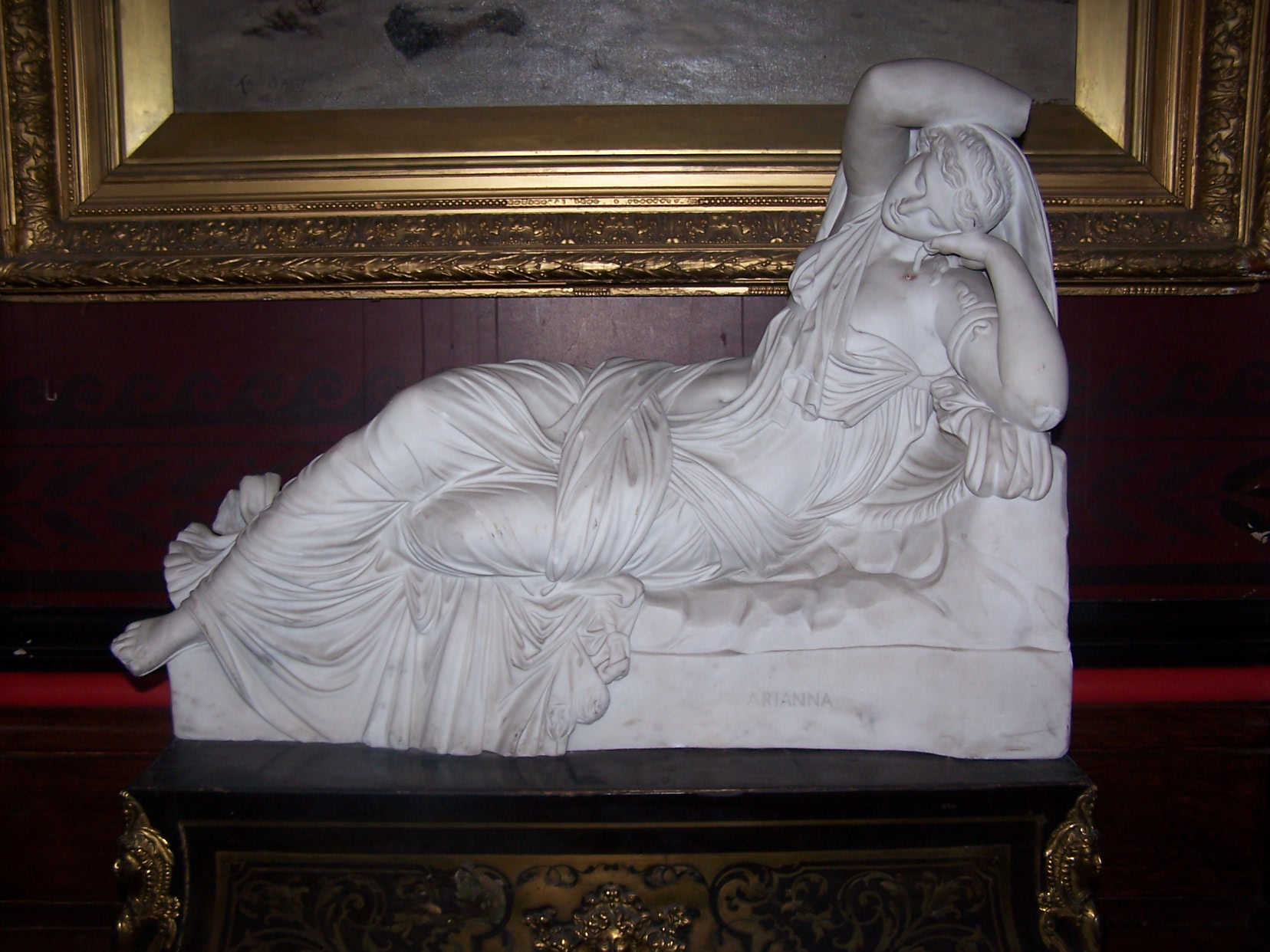 This marble sculpture by an unknown artist is a copy of the sculpture held in the Vatican Museum, Rome. The Vatican sculpture is from the period of Emperor Hadrian (c128-138 AD) which was also a copy of what is believed to be a 2nd century B.C. original from the Greek School of Pergamon Art. The original has been lost. It is one of the most renowned sculptures of Antiquity.

The sculpture of Sleeping Ariadne was acquired by Pope Julius II in 1512 for the Vatican. Because the statue has a bracelet in the form of a serpent, it was wrongly believed to be of Cleopatra, who killed herself with the bite of an asp. It was Ennio Quirino Visconti, a papal art historian in the 1700s, who recognised the statue as being of Ariadne.

Ariadne is an important heroine from Greek mythology. She was the daughter of King Minos of Crete who, after having helped Theseus overcome the Minotaur and escape the Labyrinth, was abandoned by him on the island of Naxos. The statue shows Ariadne asleep and vulnerable, still unaware of her abandonment. She is found, just as we see her in the sculpture, by Dionysius, the god of wine, who was born on the island. He falls in love instantly, awakens and marries her. 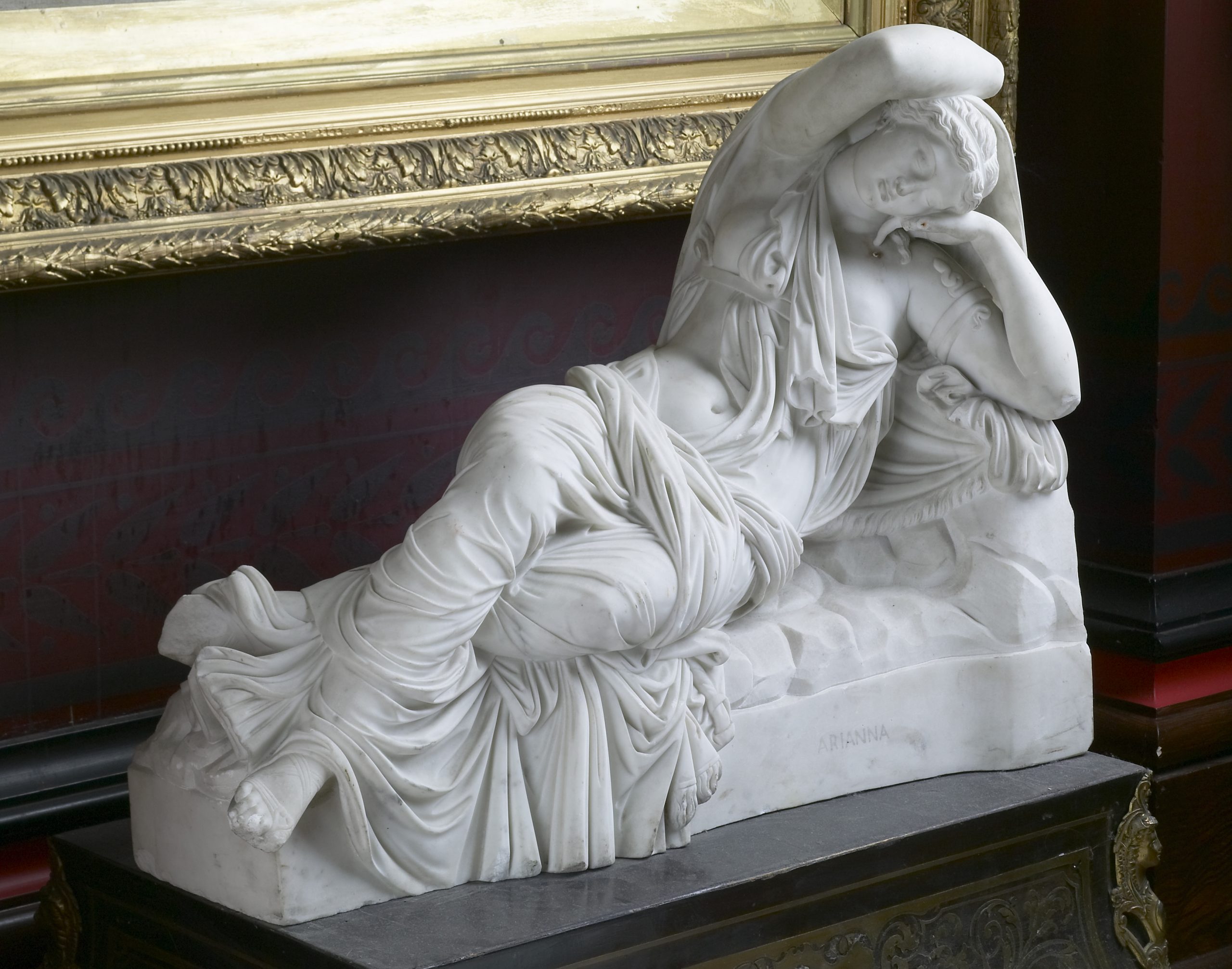