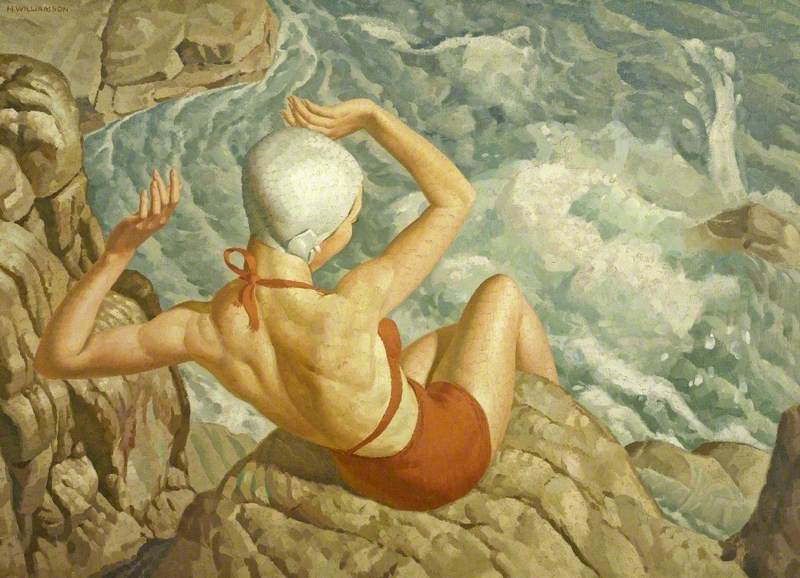 Spray by Harold Williamson is one of our most popular paintings. It was exhibited at the Royal Academy in 1940 and was purchased by the museum in the same year.

His students admired his skill at life drawing and knowledge of anatomy – as demonstrated in this painting of the modelling of the swimmers back with its dramatic angle and the extremely steep view to the rock pool below. Williamson was known to have used his daughter and her friends as models for his work but the model for Spray is unknown.

Williamson was a painter, draughtsman, etcher and teacher, born in Manchester. He studied at the Manchester School of Art, 1913-16, returning after World War I and continuing until 1922. For a time he was a designer with the fabric and wallpaper firm Arthur Sanderson and Sons.

Williamson was Painting Master at Bournemouth College of Art from 1926-47, then until 1962 he was Head of the Department of Fine Art at Manchester School of Art. He was also well known for his posters for London Transport.