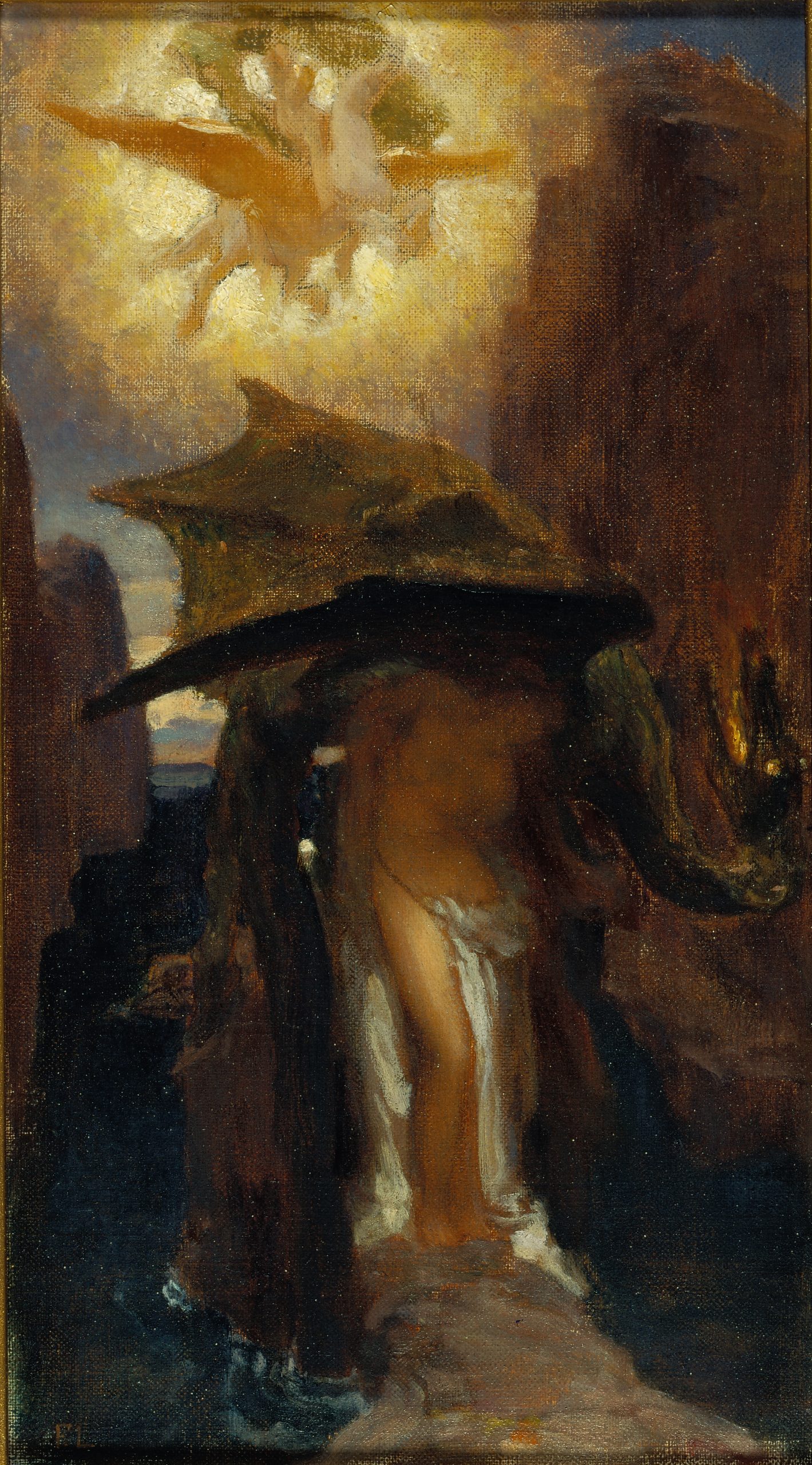 Study for ‘Perseus and Andromeda’

Study for ‘Perseus and Andromeda’

This is the original study for the final painting by Lord Leighton in 1891, which is in the collection of the National Museums Liverpool and the Walker Art Gallery. It shows the mythological story of Andromeda, daughter of King Cepheus and Queen Cassiopeia. Cepheus had incurred the wrath of Poseidon, who sent the sea monster Cetus to devastate his kingdom. The only way to appease the god was to chain Andromeda to a rock and leave her to be devoured by the monster. Her plight was seen by Perseus, riding the winged horse Pegasus, who immediately fell in love with her and obtained her father’s promise of her hand in marriage if he could rescue her, which he did by killing the sea monster with a magic sword.

This is a subject which has been depicted by many artists. In this version you can see the chained Andromeda on a rocky shore, her pure white body suggesting an unfair sacrifice. She is circled by the sea monster, her naked, twisted body shaded by its wings, creating a visual sign of imminent danger. Andromeda’s sinuous body is contrasted against the dark mass of the monster’s irregular and jagged body. Perseus flies overhead on Pegasus, shooting an arrow at Cetus.

The painting was purchased by Merton from the artist at his studio home (now the Leighton House Museum) in around 1892.