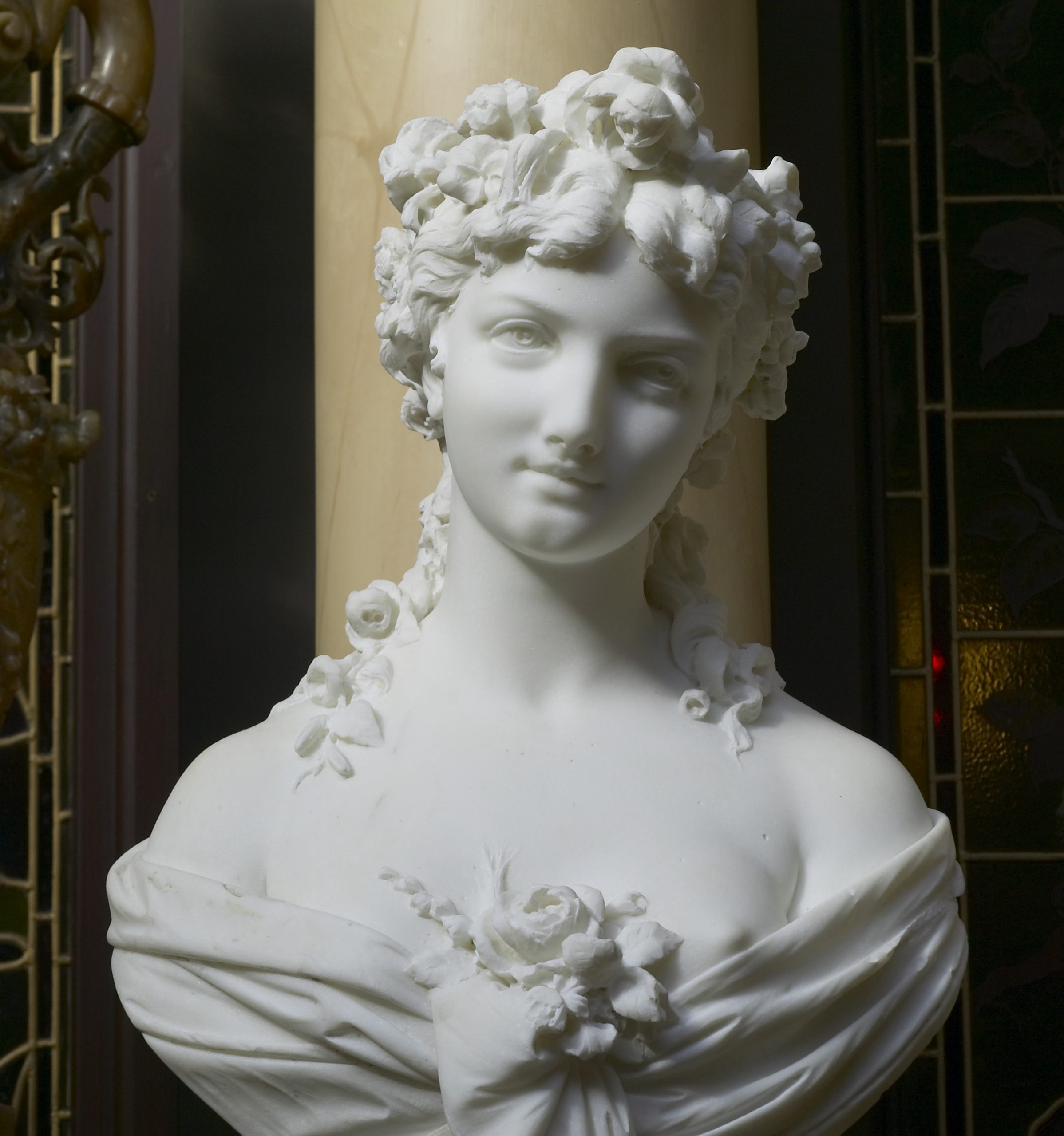 This bust is one of a pair with Winter. They represent the female personification of the two seasons. Summer’s shawl is loosely draped around her shoulders and fastened by a spray of flowers.

Born in Milan in 1833, Pietro Calvi studied and worked there until his death in 1884. He also trained under the renowned sculptor Gioncani Seleroni. His work was exhibited in America, Europe and London’s Royal Academy between 1872 and 1883. Calvi was renowned for working in bronze and marble to striking effect. He specialised in subjects from the arts, including several Shakespearean characters. Calvi also worked with another Milanese sculptor, Constantino Corti, on a number of figures in Milan’s Cathedral. 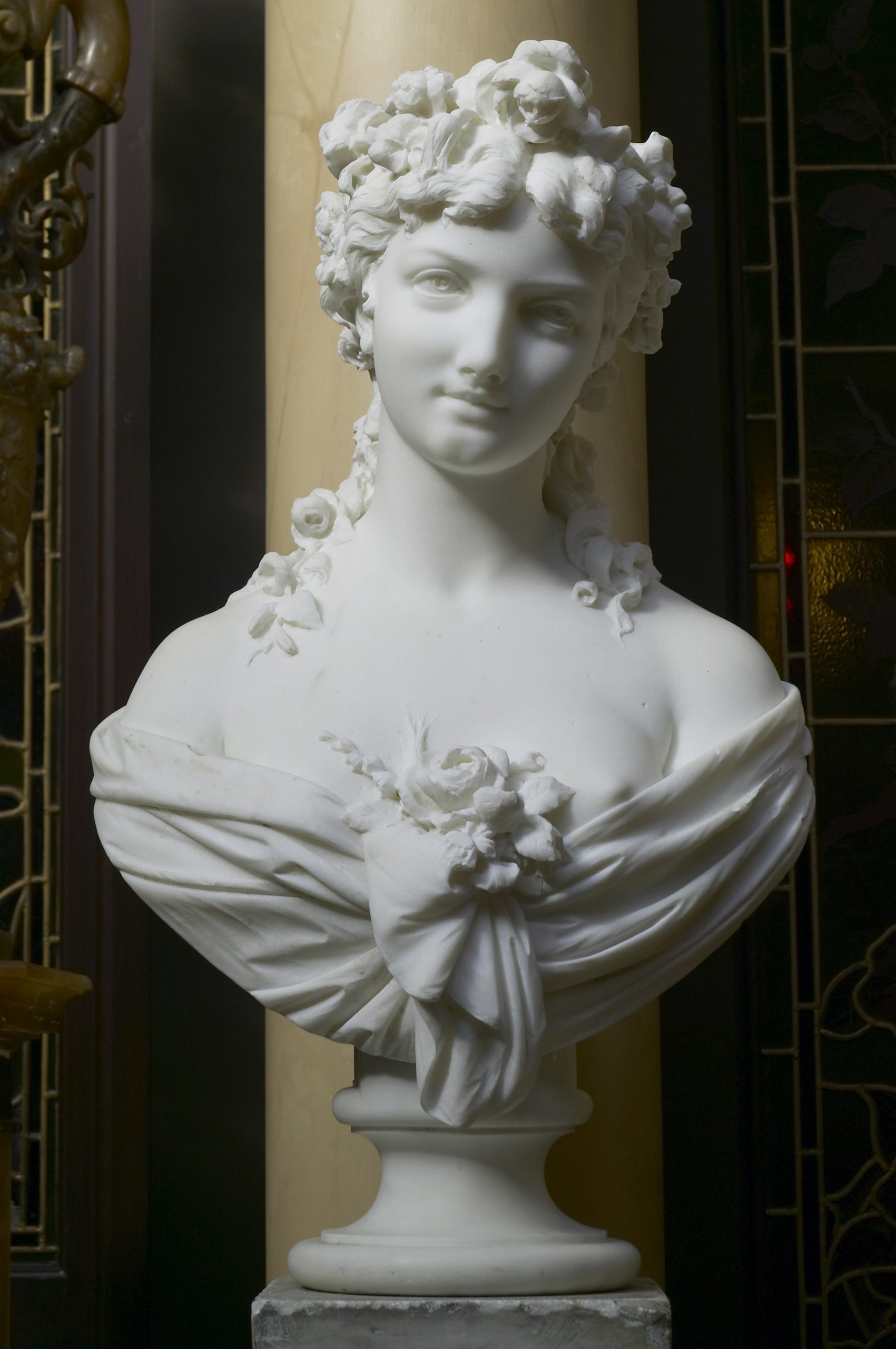