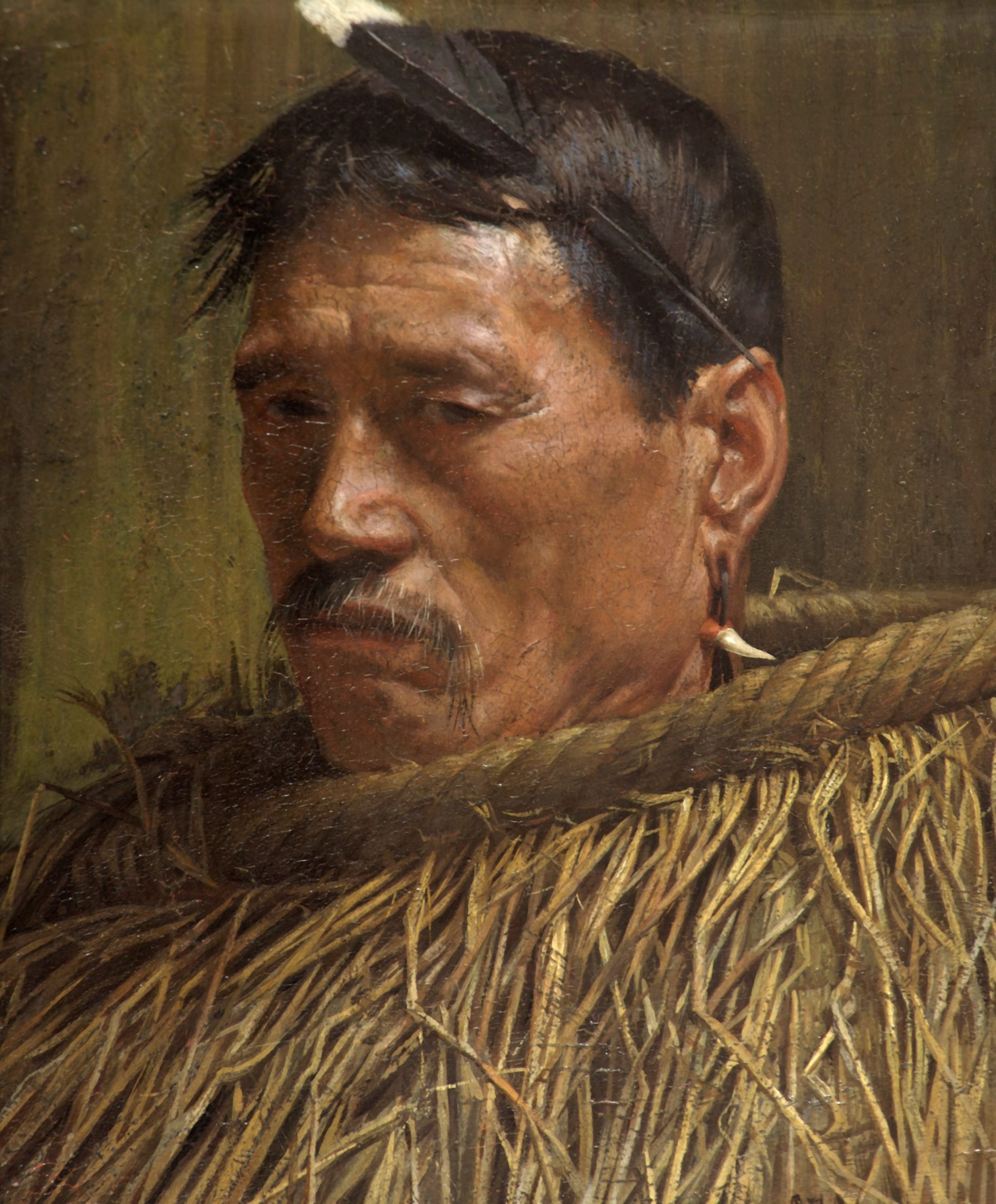 New Zealander Charles Goldie, along with Gottfried Lindauer (1839-1929), helped define how the Māori people of New Zealand were seen by the outside world. After showing artistic talent at school and training under Louis John Steele (1842-1918) he went to the Académie Julian and visited art collections across Europe before returning home.

He became devoted to Māori portraiture, developing friendships with his sitters and recording their culture. After his death, Goldie’s reputation suffered from a new focus on Modernism in New Zealand. He was also incorrectly perceived as a patronising imperialist, despite the Māori people always valuing his depictions of them, until the pioneering work of art historian Roger Blackley (1953-2019).

Although respectful of the Māori, Goldie’s portraits were intended for the art market. As well as painting Maori leaders and elders, he also produced paintings like this. Here the sitter is expressing a specific emotion for the appreciation of a European viewer. This sitter is unknown, but he wears a shark’s tooth earring and a Huia bird feather. The now-extinct Huia was a songbird that the Māori regarded as most sacred.