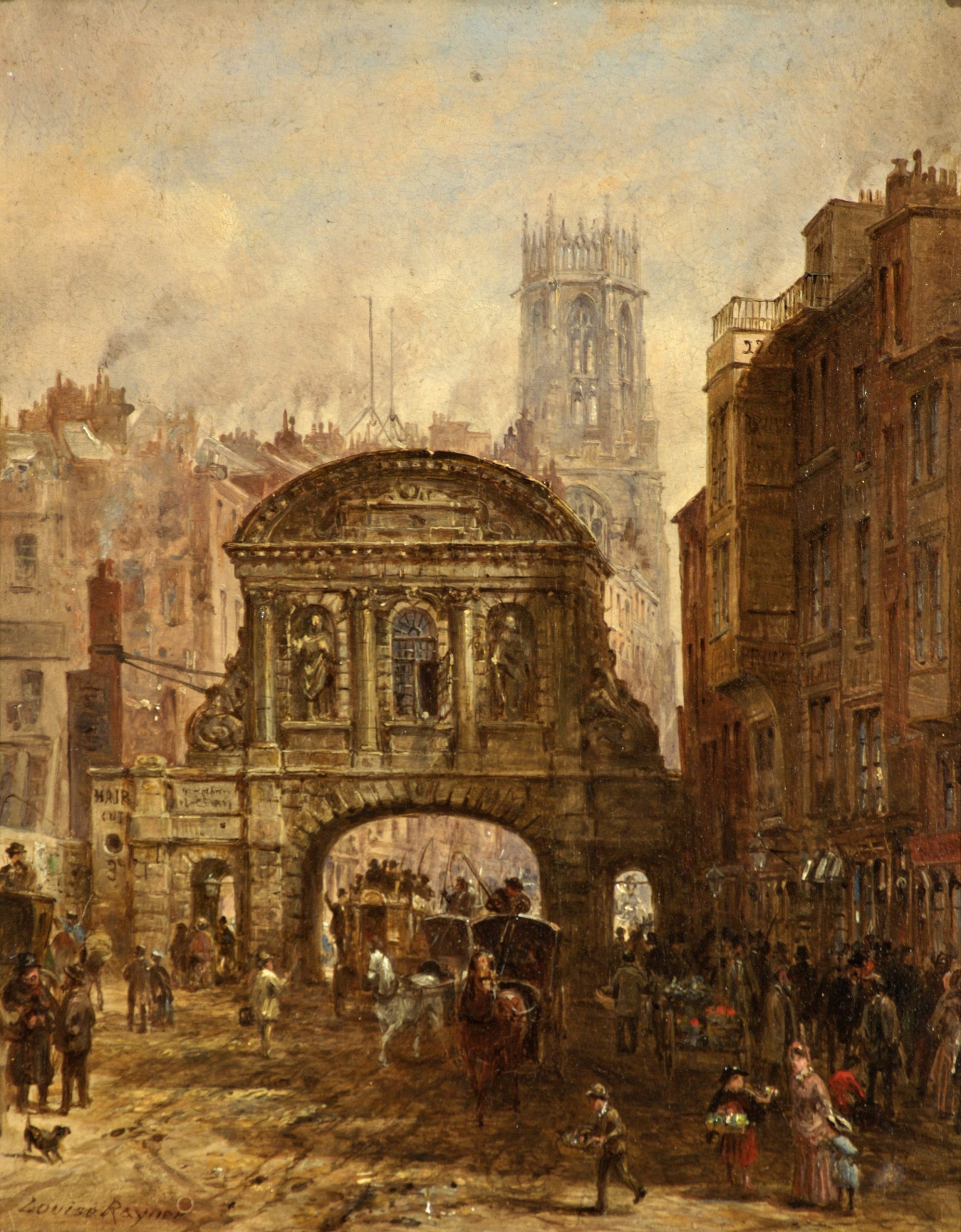 A highly detailed and picturesque painting of Temple Bar. Sir Christopher Wren’s Temple Bar marked the gateway to the City of London for 200 years.

Rayner studied painting from the age of fifteen; at first with her father and later with established artist friends of the family including David Roberts.  Roberts was a well-known Scottish artist who specialised in architectural and topographical scenes. Her first exhibited work was an oil painting shown at the Royal Academy in 1852. Among her earliest works are a small number of oil paintings but she soon changed to working almost exclusively in watercolour.

Rayner, depicted cities and ruins as well as stately homes and their surroundings. Rayner lived in Chester from 1869. Her paintings from this period are very detailed and highly picturesque, capturing the “olde worlde” character of Chester and other cities. She often filled her works with figures going about their daily tasks, including street sellers. Rayner travelled extensively throughout Britain each summer during the 1870s and 1880s and also visited northern France. Her watercolours include scenes of London, Edinburgh, Shrewsbury, Gloucester, York, Coventry, Windsor and Salisbury.

She was a gifted and prolific artist exhibiting for over 50 years through organisations including the Society of Lady Artists, the Royal Academy, the Royal Watercolour Society and the Royal Society of British Artists.