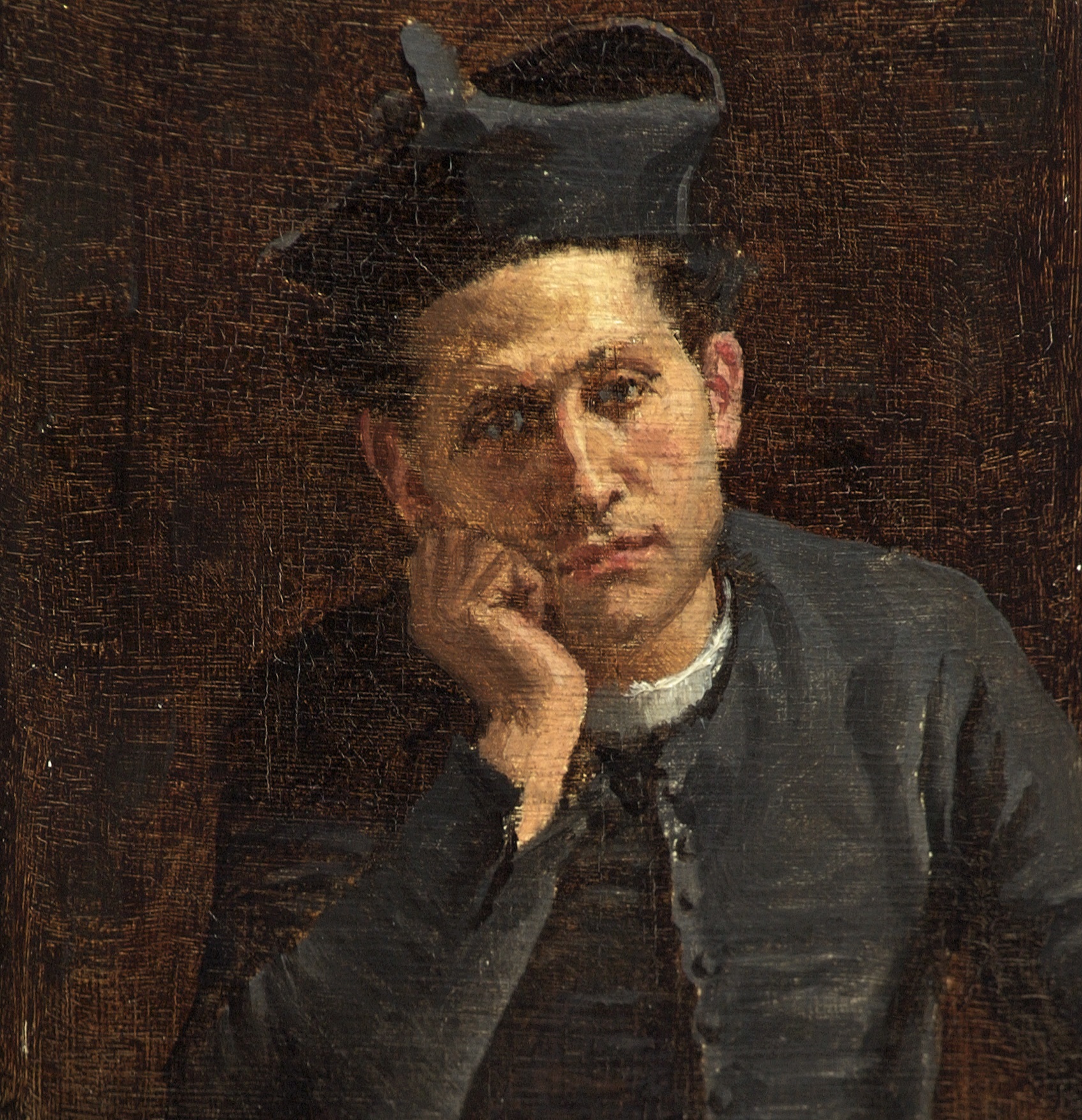 This artist, also known as Ernest Arnold, was a genre painter who also produced decorative work. The themes of his paintings were often theatrical or operatic, and his scenes of history were also infused with a sense of lavish costume or drama. In the early 1880s he painted Spanish scenes, from observation as well as using operatic sources.

This painting shows a young priest reading Dialogue concerning the two chief world systems, written by the astronomer Galileo (1564-1642), who supported the theories of Copernicus that the earth revolved around the sun, rather than the Catholic Church view of the Earth as the centre of the solar system. Condemned as heretical, the Dialogue led to the Roman Inquisition trying Galileo for heresy and condemning him to house arrest for the rest of his life. The priest in this painting is shown in contemporary dress, but with his hand resting on his cheek he appears to be troubled by what he is reading.

Reginald Edward Arnold was based in Surrey and was a prolific painter and sculptor who excelled in genre scenes or scenes from everyday life. He was skilled in painting figures almost always in decorative period costume. He studied at the Slade School of Art in London and in Paris. He exhibited at the Royal Academy, the Royal Society of British Artists of which he was elected Member and throughout the United Kingdom. 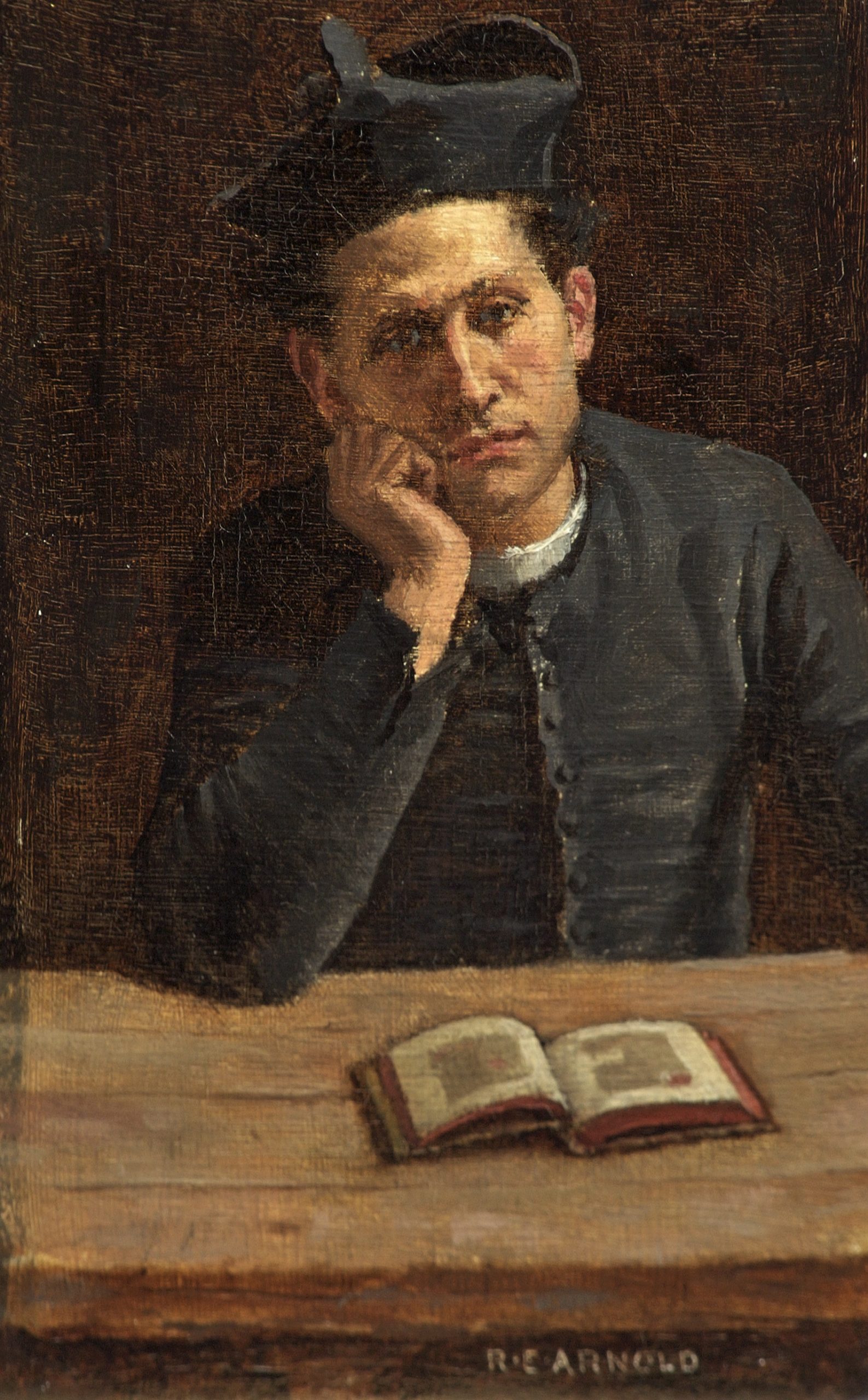