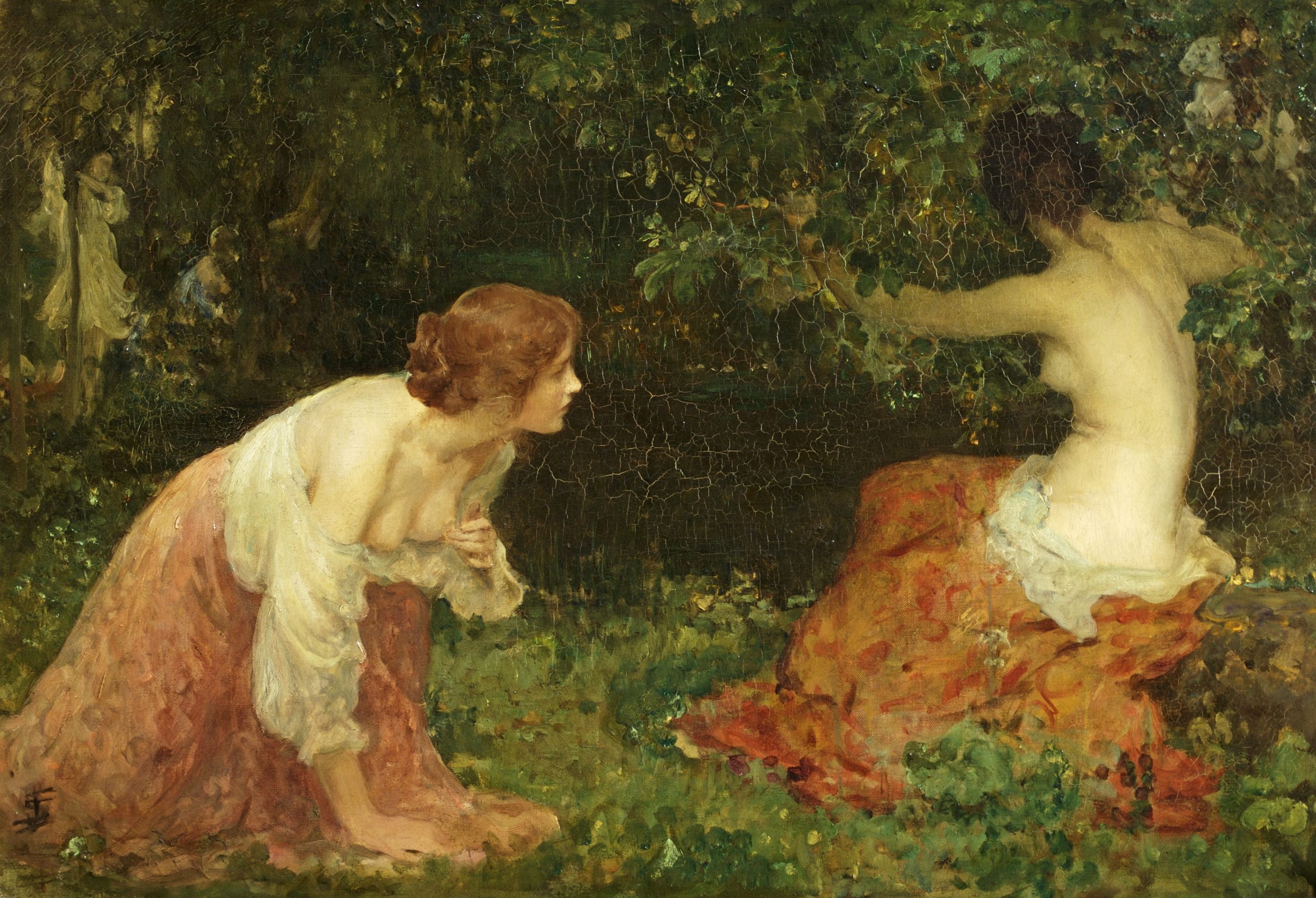 Solomon Solomon was an unusually versatile artist, at a time when many artists tended to focus on a favoured genre. He was a founder member of the Royal Academy’s rival exhibiting society, the New English Art Club in 1886 but a decade later became one of the few Jewish artists elected to the RA.

Although Merton claimed that he had ‘a very great regard’ for Solomon, when he bought this ‘fine’ painting, he decided ‘there were a few little things that I considered might be improved.’ Solomon agreed to carry out the improvements and eventually returned the painting to Merton. ‘I was delighted … in fact, so much so that I scarcely knew it again. He had practically gone all over it and almost, if not quite, painted it again and made a new picture of it. I of course wrote, tending him my heartiest thanks for the splendid result which he had attained and if he would kindly let me know the amount I was indebted to him, I would send him a cheque. The reply came from him to the effect that my great appreciation of his work was the only reward he wished.’ Solomon’s version of events is unrecorded.