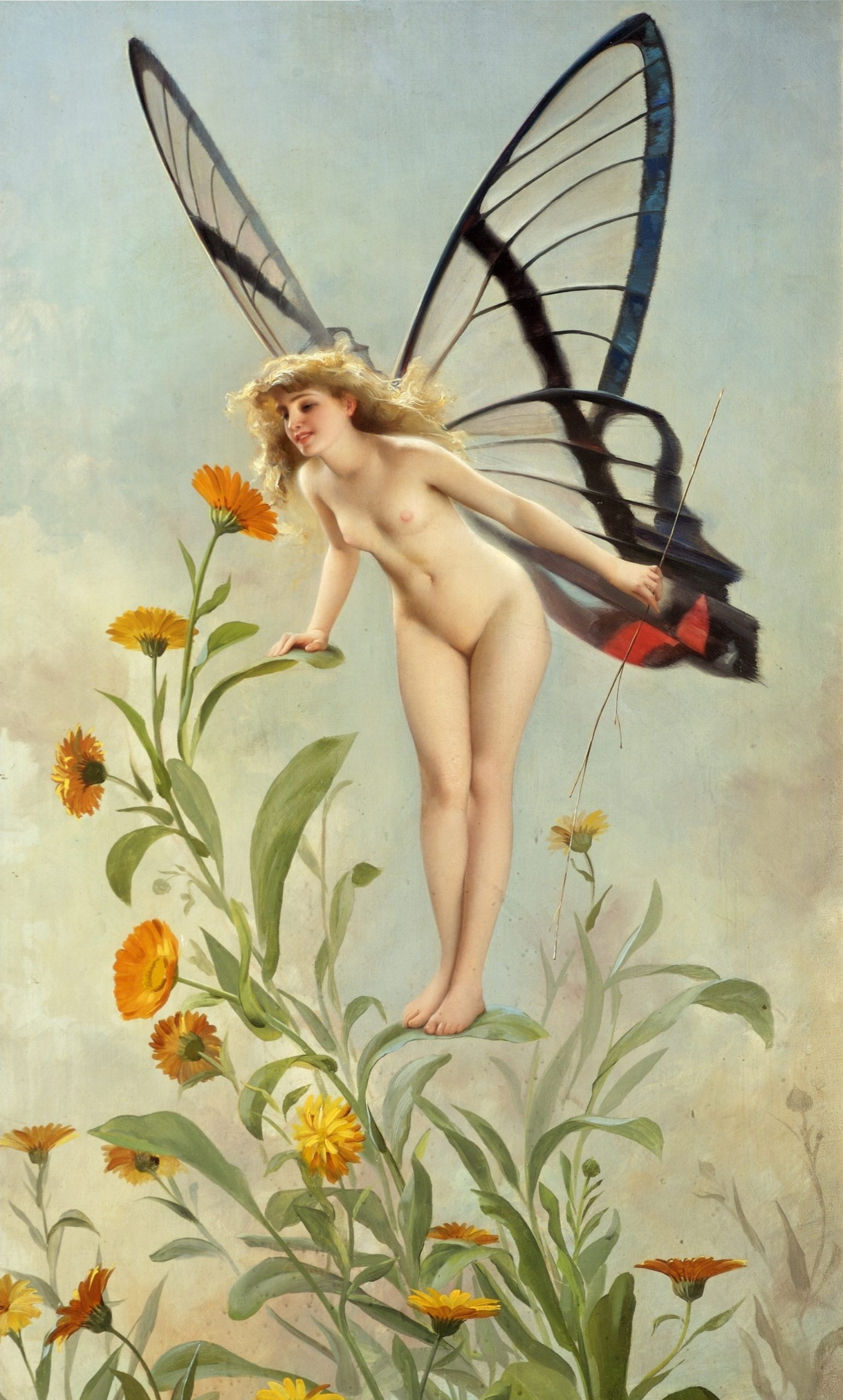 Falero specialised in painting the female nude in hyper-realist style. His choice of mythological and supernatural subjects allowed him the freedom to explore wild scenes of otherwise indecorous subjects.

Falero’s ‘The Butterfly’ was at one time entitled ‘Ariel’ and may be related to a work of the same name exhibited at the Royal Academy in 1891. Ariel was a spirit in Shakespeare’s play “The Tempest”. The painting provides little evidence, though, to support this title. Falero painted other similarly eroticised fairy subjects. His decision to depict fairies may have been influenced by the British taste for Arthur Rackham’s fairy images. However, his singularly ‘adult’ treatment of the subject is typically his own.

Luis Ricardo Falero, Duke of Labranzano, was a Spanish painter. Born in Granada, he originally persued a career in the Spanish Navy, but gave it up and travelled on foot to Paris to study Art, Chemistry and Mechanical Engineering. He exhibited to great acclaim at the Paris Salon from 1879 to 1885 and, after his move to London in 1887, at the Royal Academy from 1889 to 1893. Falero had a studio in fashionable Hampstead populated by many successful artists. He died, aged 45, in London.