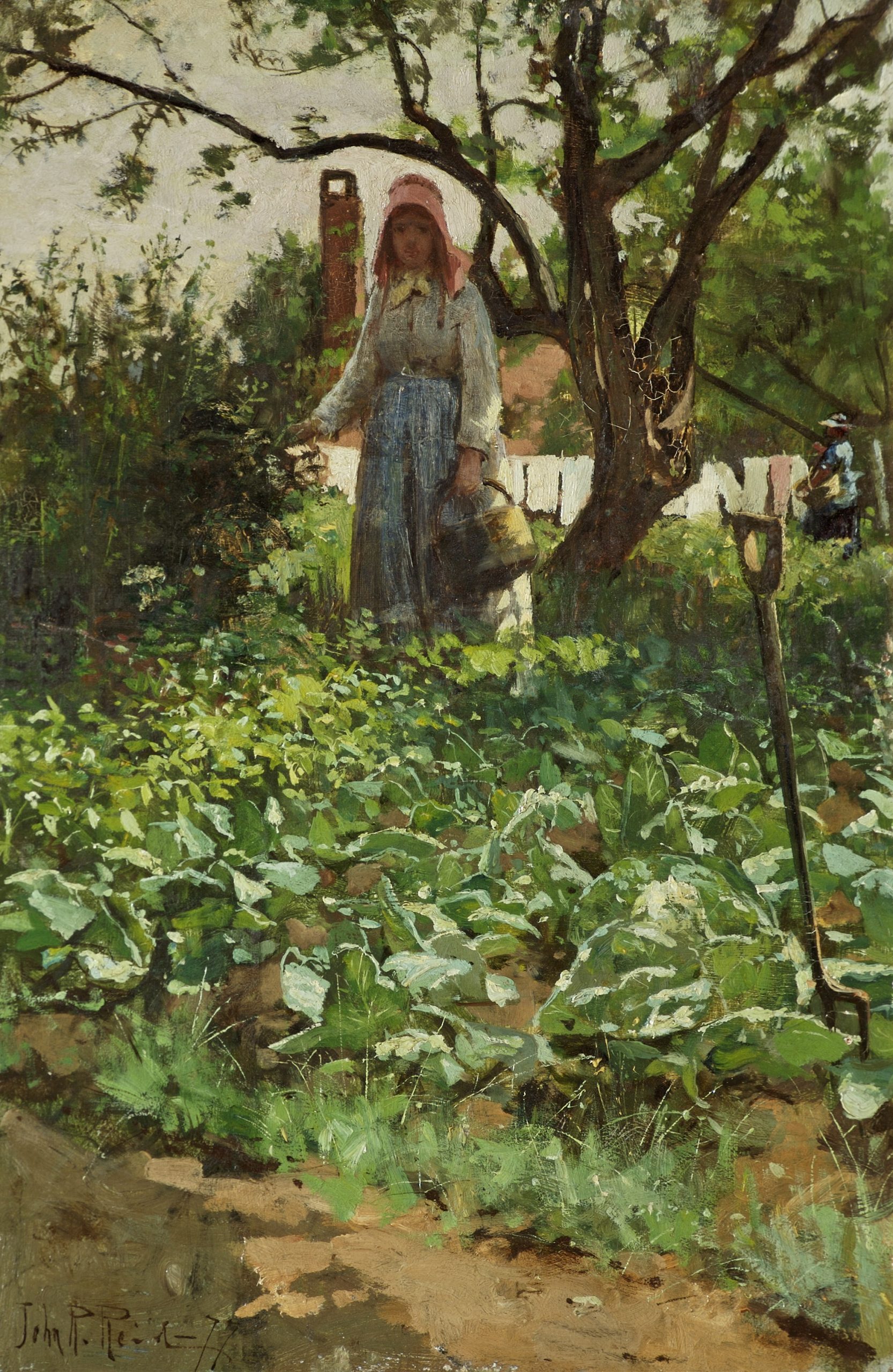 Reid was a Scottish painter who spent his early working life in Surrey. He first found success with natural outdoor scenes of the Surrey countryside and was notable at the time for painting his scenes outdoors with the use of hired local people posing in the scene. Reid emulated the French Naturalist painters such as Jules Bastien-Lepage. The down-to-earth subject matter in the foreground shows the cabbages in a range of intense and vivid greens. The background is influenced by Impressionism and painted in darker colours.

Reid became the president of the Society of British Artists in 1886 and the Society of Sculptors, Painters and Gravers in 1898. These posts gave him an entree into London society, and from the early 1900s he made London his home. In Reid’s later years, the young Sir Winston Churchill used to paint outdoors in the company of Reid.