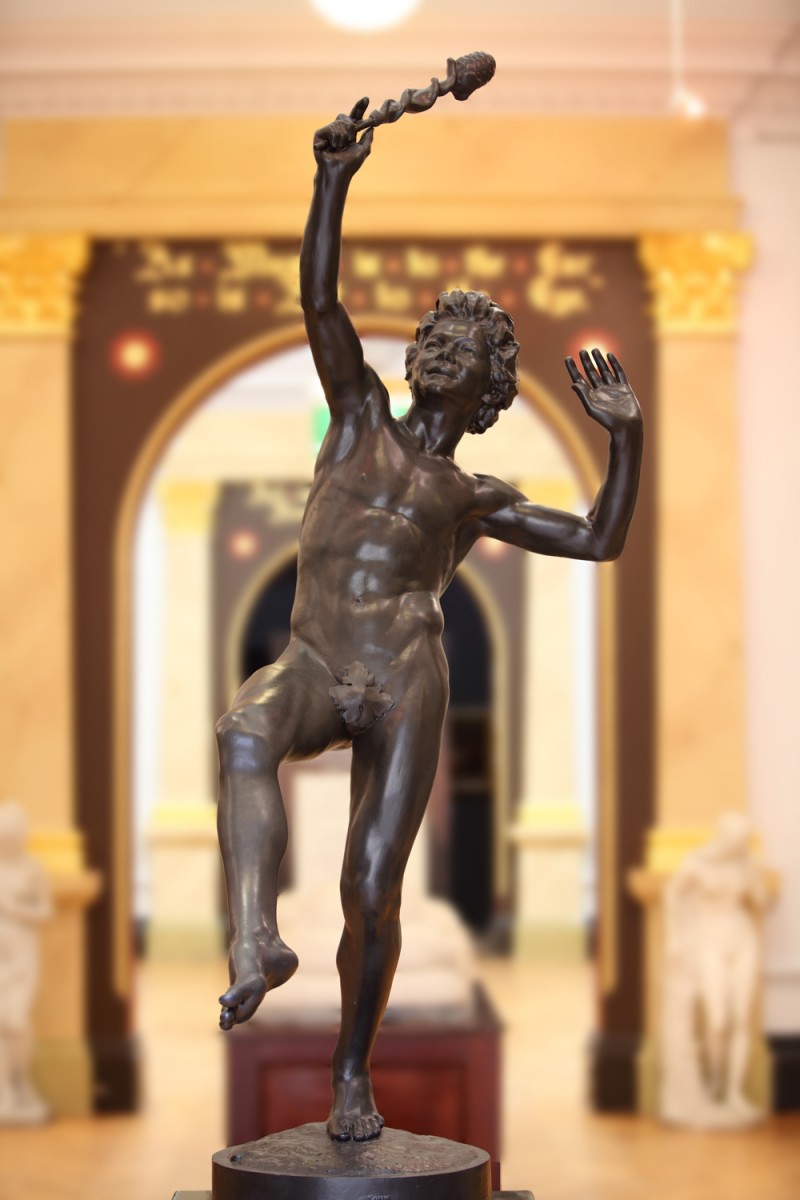 Dancing fauns are followers of Bacchus, the Roman god of wine, fauns are often depicted as creatures with the heads and bodies of men and the legs of goats. They love drinking, dancing and having fun.  A bronze sculpture of a ‘dancing faun’ with acorns adorning his hair was found in the Roman city of Pompeii, Italy in 1830. In this sculpture, a large acorn is shown at the end of his stick. These 19th century dancing fauns were then much sort after by wealthy people in stately homes.

Following vandalism in 2005, Dancing Faun was restored at a cost of more than £10,000. The base of the statue was recast, as the original was too fragile to support the sculpture. The original base with foot is alongside. 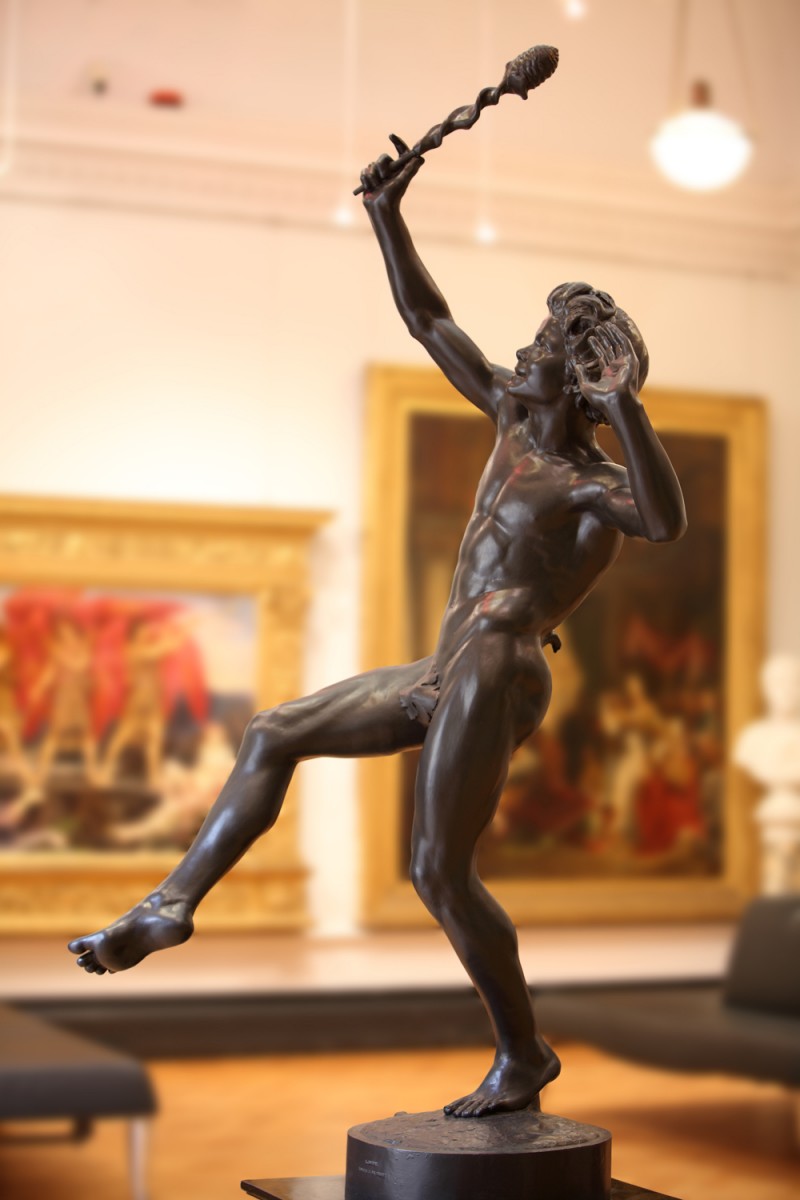 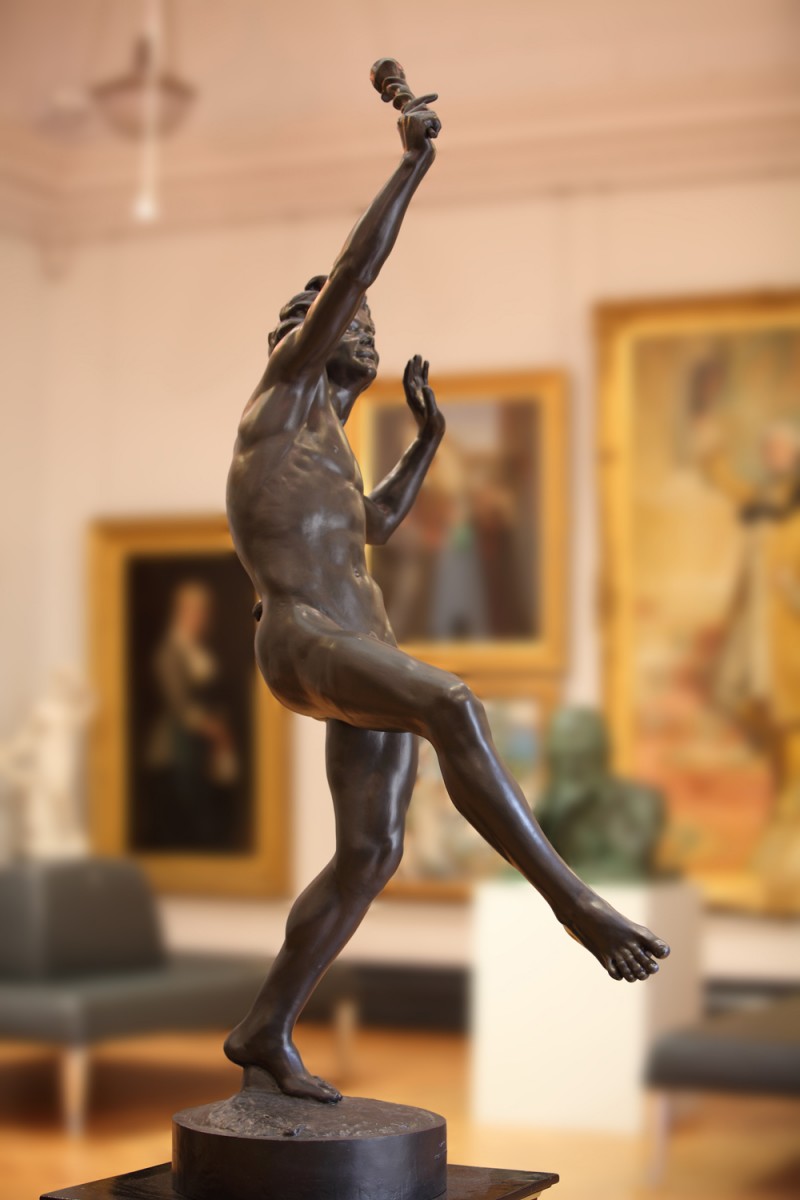 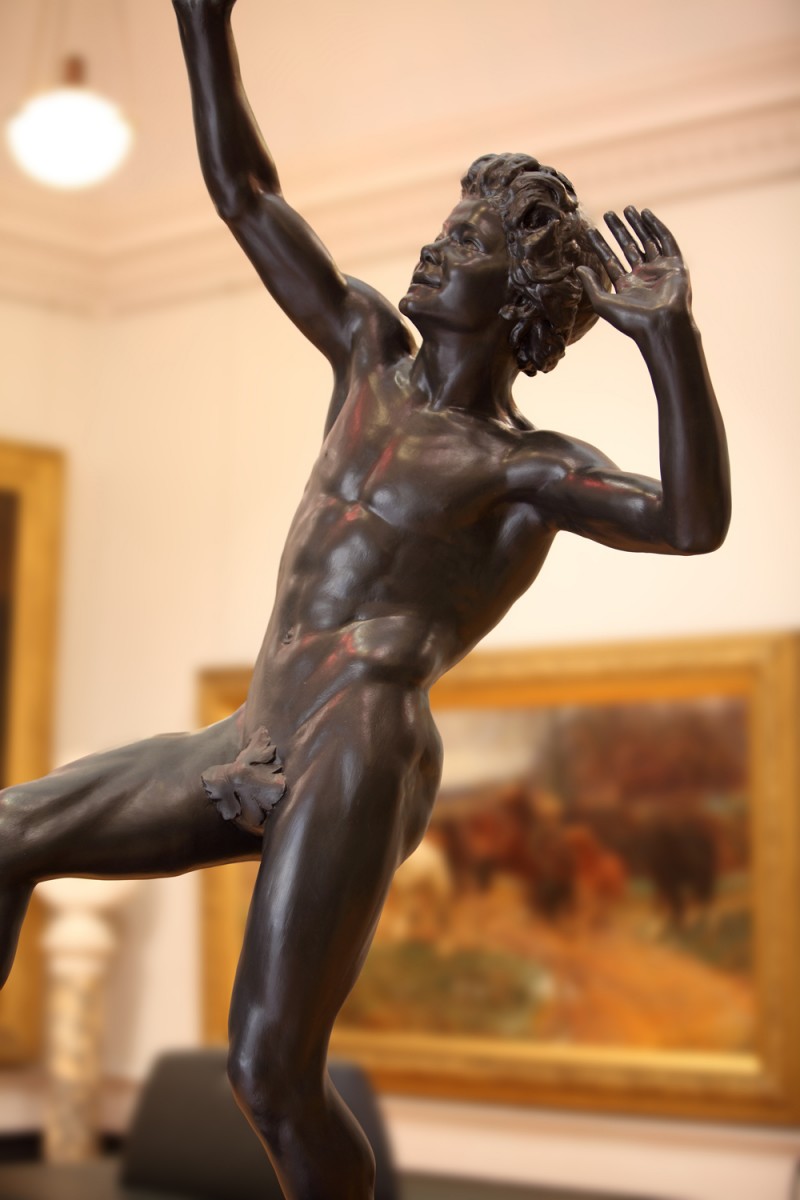