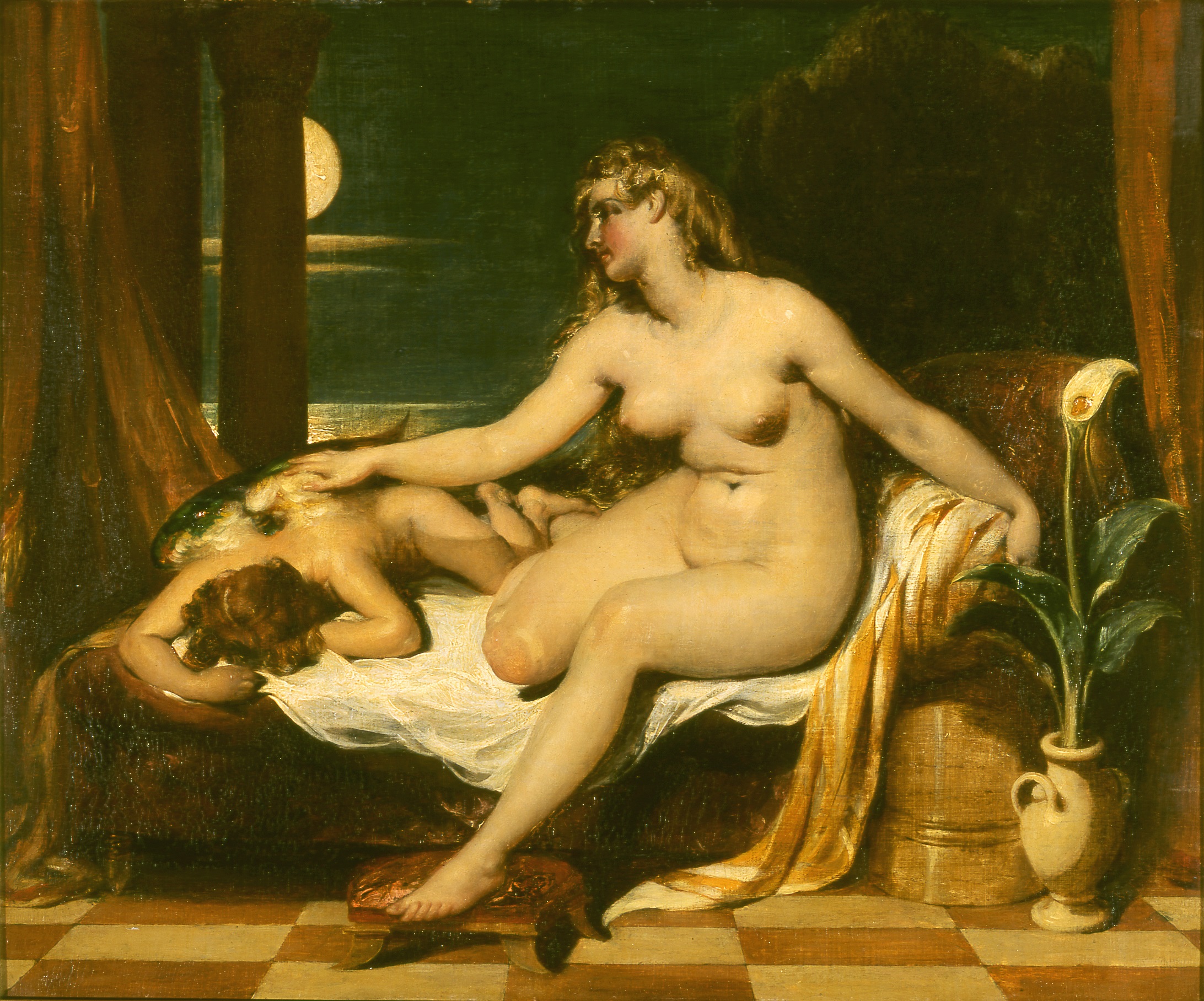 The Dawn of Love

The Dawn of Love

The painting was originally titled ‘Venus now wakes and wakens love’, when it was exhibited at the British Institution in 1828.
The lines are from Milton’s Comus:

Etty studied at the Royal Academy Schools and controversially continued to attend life classes long after he had graduated. He was the first major British artist to specialise in painting nudes and this was one of his most important paintings.

His figure of Venus with its rich use of colour is inspired by Venetian artists such a Titian. Etty shows the voluptuous figure of Venus in a pose challenging the ideas of classical decorum. The setting, in an open loggia overlooking the moon-lit sea, underscores the exotic nature of the scene. Etty’s choice of subjects from classical mythology and English literature, as here, helped to legitimise sensual figures. Although besieged by criticism, his approach was widely imitated by followers throughout the century.

The sensual subject of this and many other subjects that Etty painted scandalised many Victorians. He died in 1849, only 12 years after Victoria’s ascension to the throne, and with his neo classical imagery and frank nudes, he belongs in many ways to an earlier age.

The outrage that this work caused when it was exhibited in Glasgow in 1899 is gleefully recorded by Merton in his autobiography: ‘The above picture, however, created quite a furore when exhibited in the Glasgow Corporation Gallery….’ It may interest some art lovers to glance through the correspondence showing how divergent criticisms on art may be. Especially when portraying ‘the human form divine’