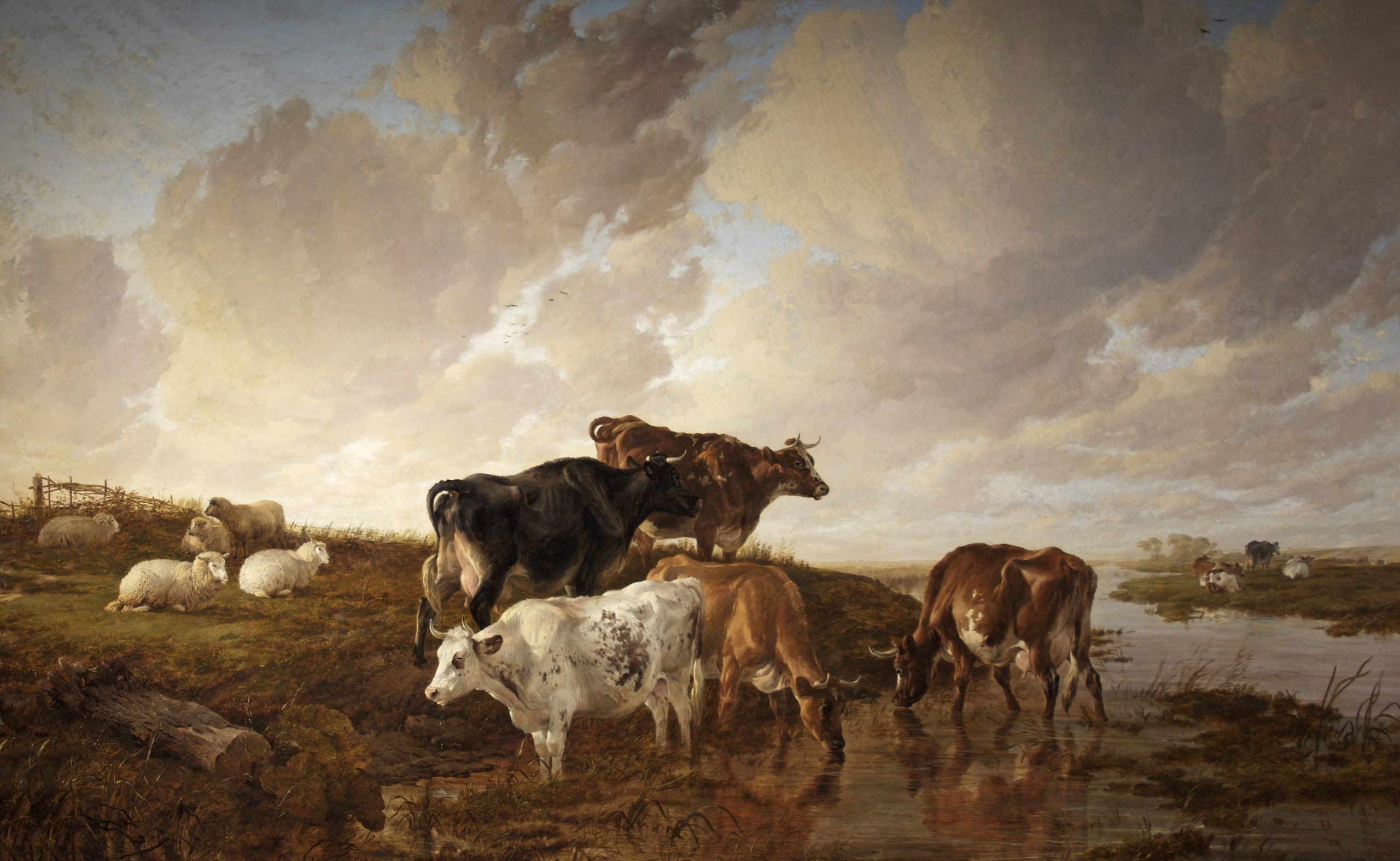 The Evening Drink in the Canterbury Meadows

The Evening Drink in the Canterbury Meadows

This large-scale work by Cooper was exhibited at the 1851 Royal Academy exhibition. It is an important work by the artist and was well received. Cooper studied at the Royal Academy Schools before taking up a position as a teacher in Brussels in 1829. It was here he became friends with the great Belgian animal painter Verboeckhoven who greatly influenced his style. He was also influenced by the 17th Century Dutch School.

In 1831 Cooper settled in London. In 1833 he first exhibited at the Royal Academy and continued to do so yearly until his death in 1902. In 1849, a wealthy man, he returned to his native Canterbury from where he would also paint and exhibit. Cooper specialised in paintings of cattle or sheep in landscapes which earned him the nickname of ‘Cow Cooper’. He became one of the most accomplished and successful animal landscape painters of the 19th century. He was elected a Royal Academician in 1867. After about 1870 Cooper’s commissions were constant and lucrative.

He did much charitable work in Canterbury and in 1882 set up the Sidney Cooper School of Art which now forms part of the University for the Creative Arts in the city. In 1901, he was awarded the Commander of the Royal Victorian Order (CVO).