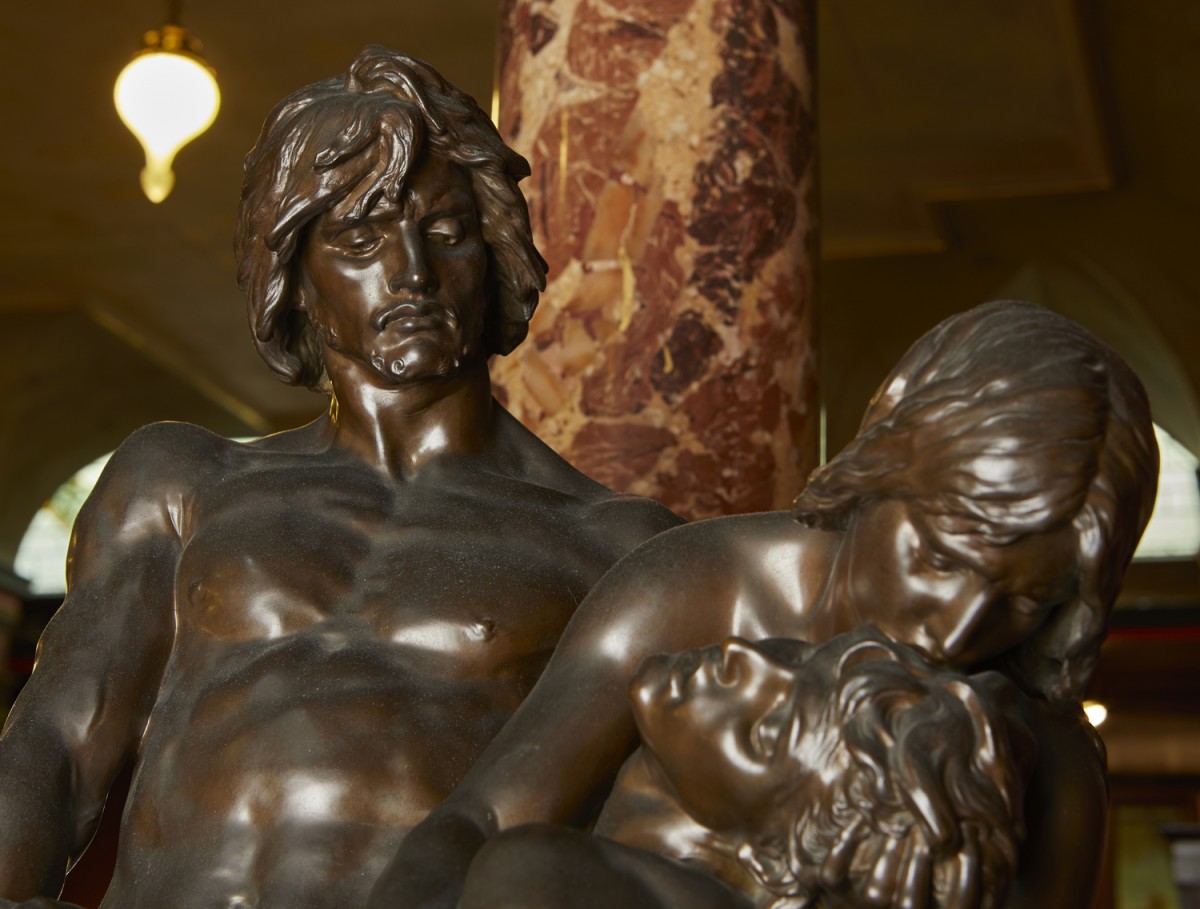 his depicts Adam and Eve carrying their son, Abel, who was killed by his brother Cain due to jealousy. The Bible makes no mention of a funeral. Later writers expanded this story that Adam and Eve were so shaken by Abel’s murder that they mourned his death for a hundred years. Barrias chose the moment when, having discovered the body of their son, they carry him to his grave. Eve is shown in the more sympathetic role of the grieving mother who gathers her dead son in her arms to bestow a final kiss. In contrast, Adam is portrayed as embittered but controlled. His body is tense and muscular as he bears the full weight of his son.

Barrias was regarded as the greatest French sculptor in the classical style. This is one of the most famous and poignant sculptures produced in 19th century France. Barrias exhibited it for the first time in plaster at the 1878 Paris Salon. The model was very well received and Barrias was awarded a Medal of Honour and a knight of the prestigious Légion d’Honneur that year. It was exhibited as life-size in marble in 1883. In 1865 Barrias won the Prix de Rome for study at the French Academy in Rome. The sculpture contains formal references to Michelangelo and Bernini. 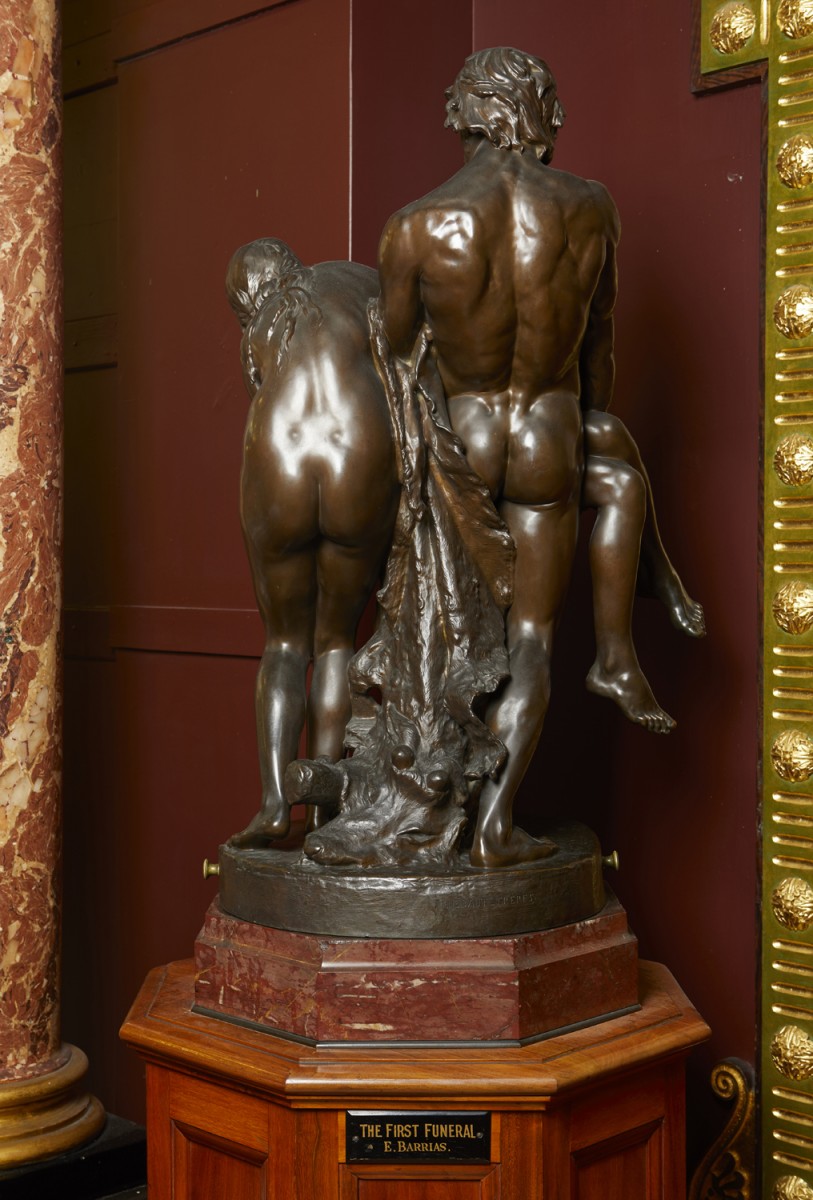 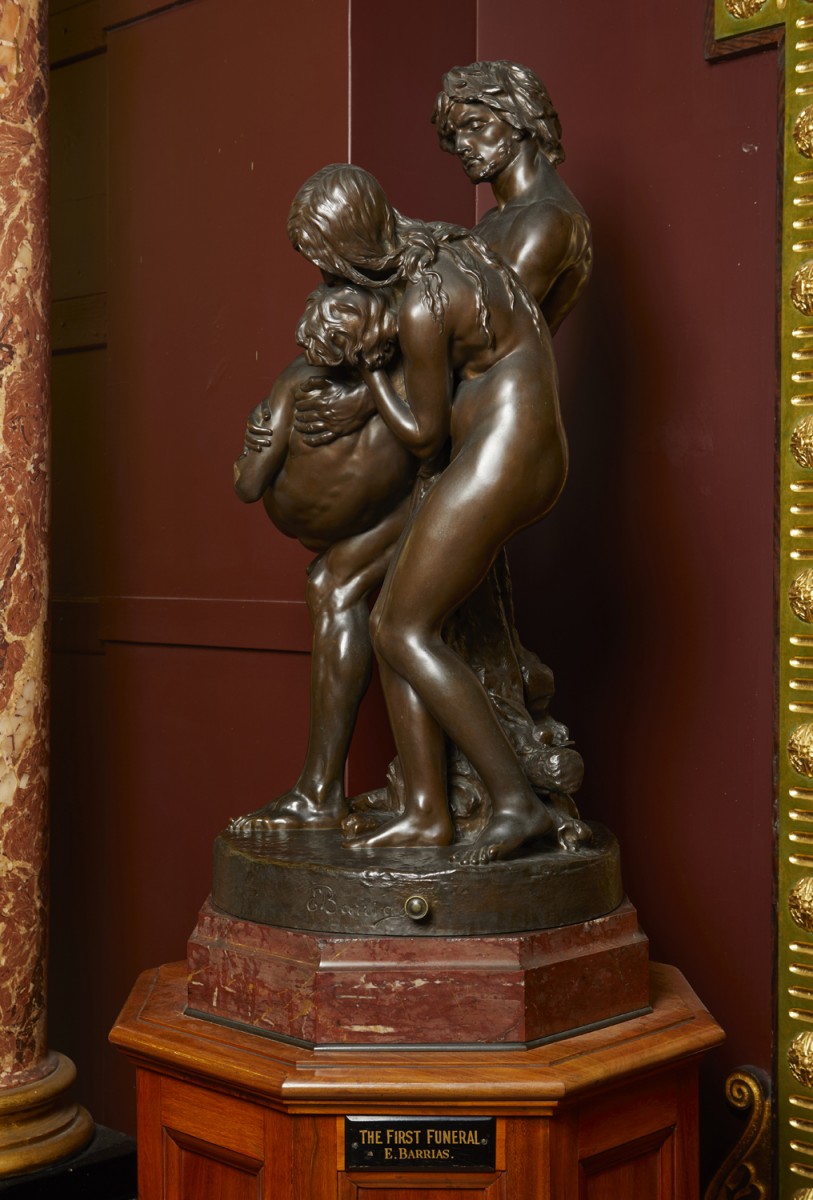 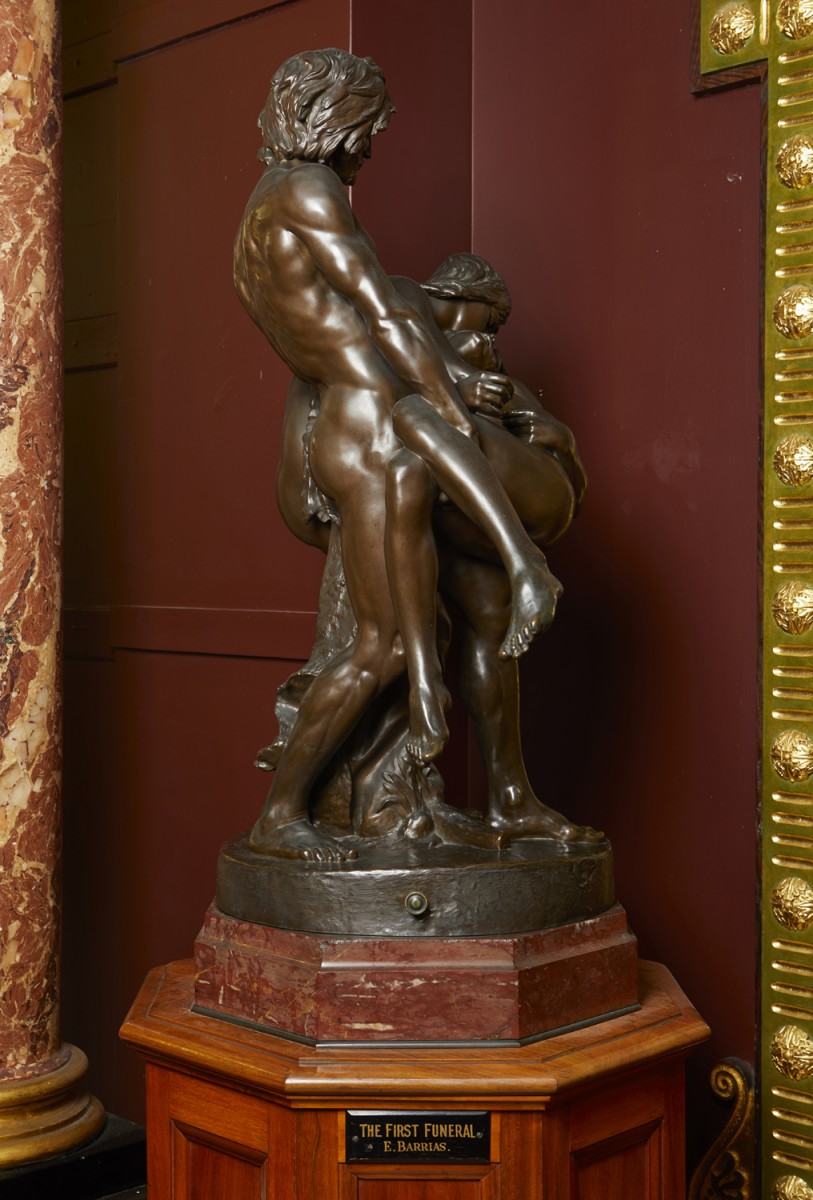 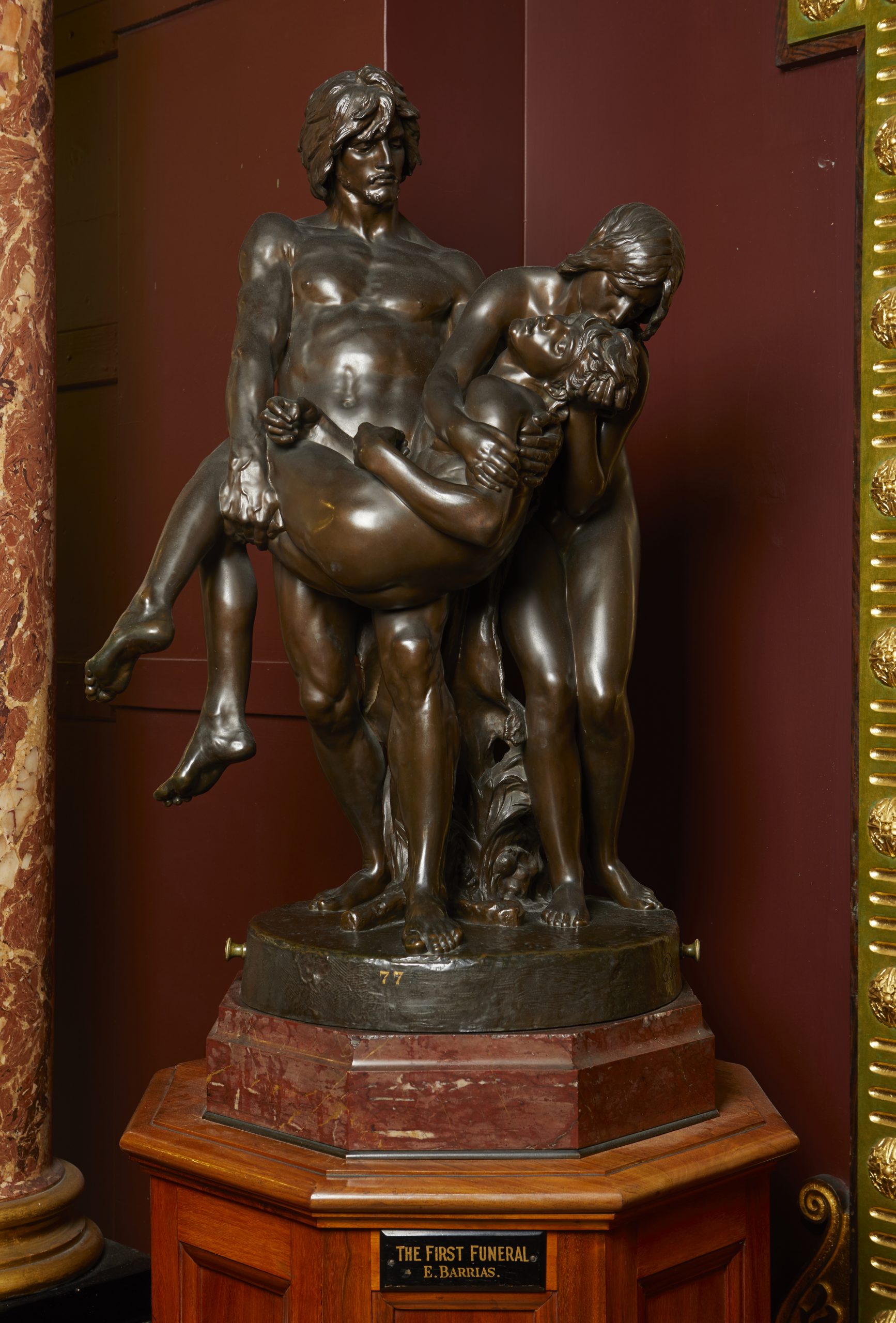