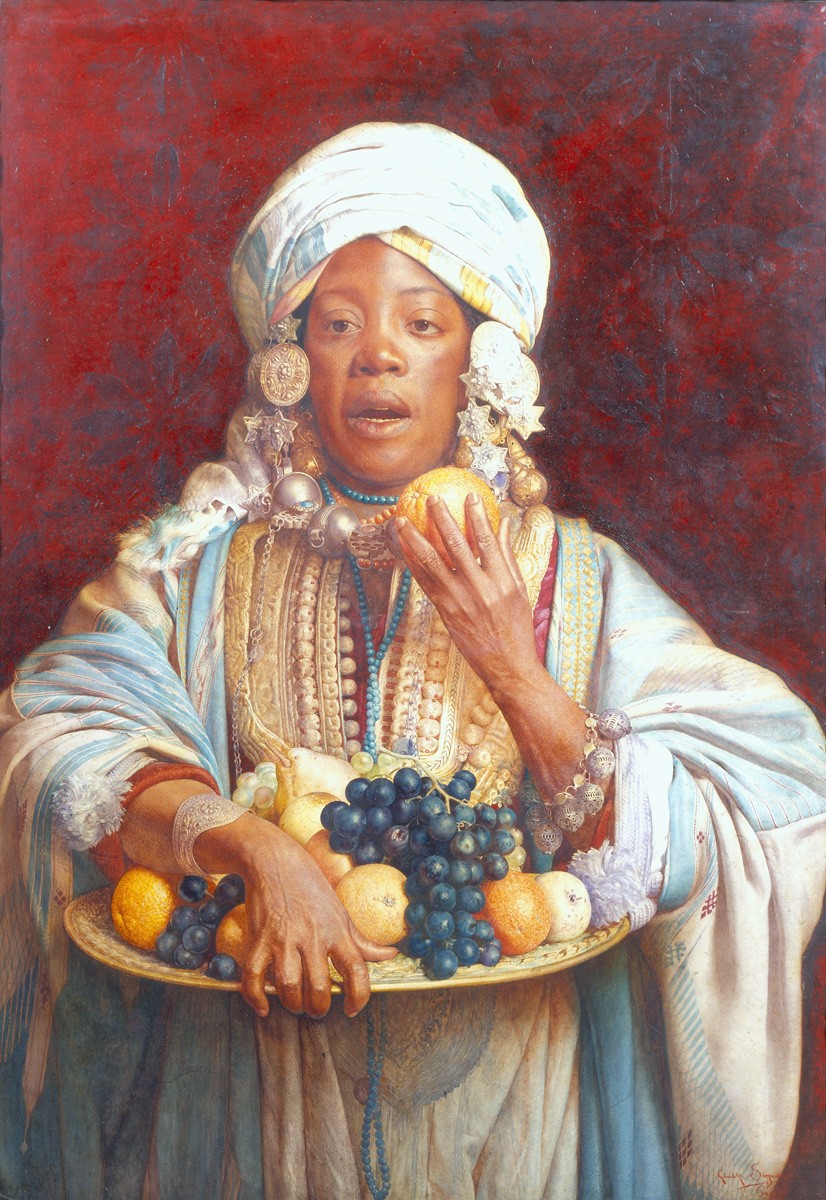 The painting may correspond to the work by Signorini praised by the critics at the Paris Salon of 1900. It captures with astonishing photorealist technique a Moorish woman with her hand in mid gesture and facial expression apparently in speech.

Signorini’s colours are typically luminous and bright and set off by the dark red background of damasked fabric. The tray of fruit is a triumph in still life observation.

Signorini was Italian and studied art in Rome. He mastered the technique of watercolour very early in his career. He visited the Paris Salon exhibitions and was influenced by the styles and ‘orientalist’ themes expressed by many of the French painters.

Signorini organised festivals and masquerades in Rome with orientalist themes and guests dressed in eastern tunics and turbans parading the streets. He owned a renowned collection of Islamic objects including clothes, rugs and furniture which were used in his paintings. Signorini’s orientalist paintings were much more realistic than the fabricated scenes of many other orientalists of the time – they were highly skilled in the detail, colour and texture of his subjects. He maintained studios in both Paris and Rome. He worked for Italian, British and American art dealers and exhibited regularly at the Paris Salon.