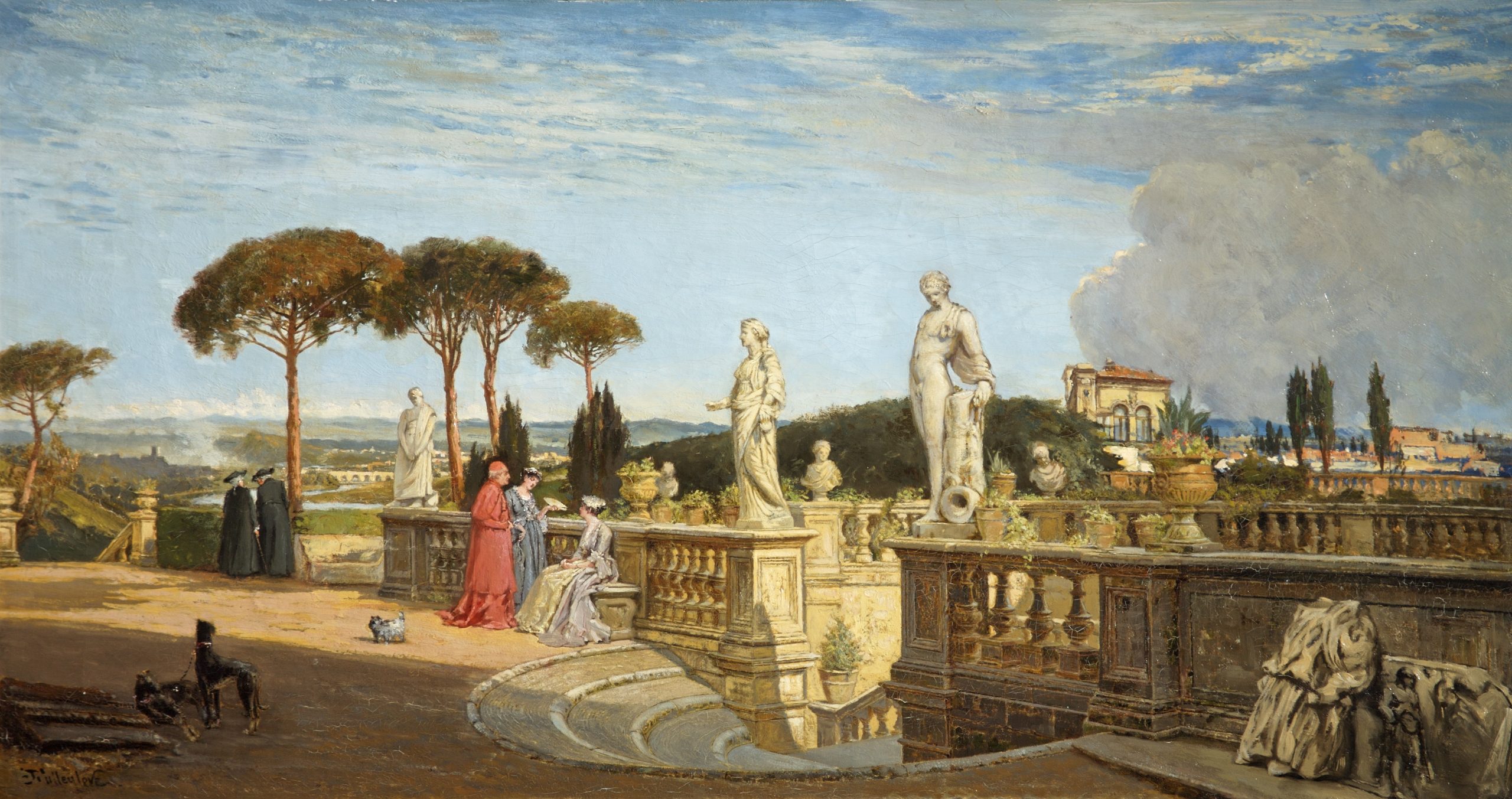 The Garden of the Cardinal

The Garden of the Cardinal

John Fulleylove was born in Leicester. He originally trained as an architect with local firm “Shenton and Baker”, before becoming an artist in watercolours and oils. He exhibited widely in England from 1871 at venues in London such as the Royal Academy, Royal Society of British Artists, Fine Art Society, Royal Institute of Painters in Water Colours, Royal Institute of Oil Painters, and in many other regional towns and cities. He became a member of the RI in 1879 and the ROI in 1883. Abroad, he painted in France, Italy, Greece and the Middle East. His watercolour illustrations appeared in several travel books, such as those by A & C Black