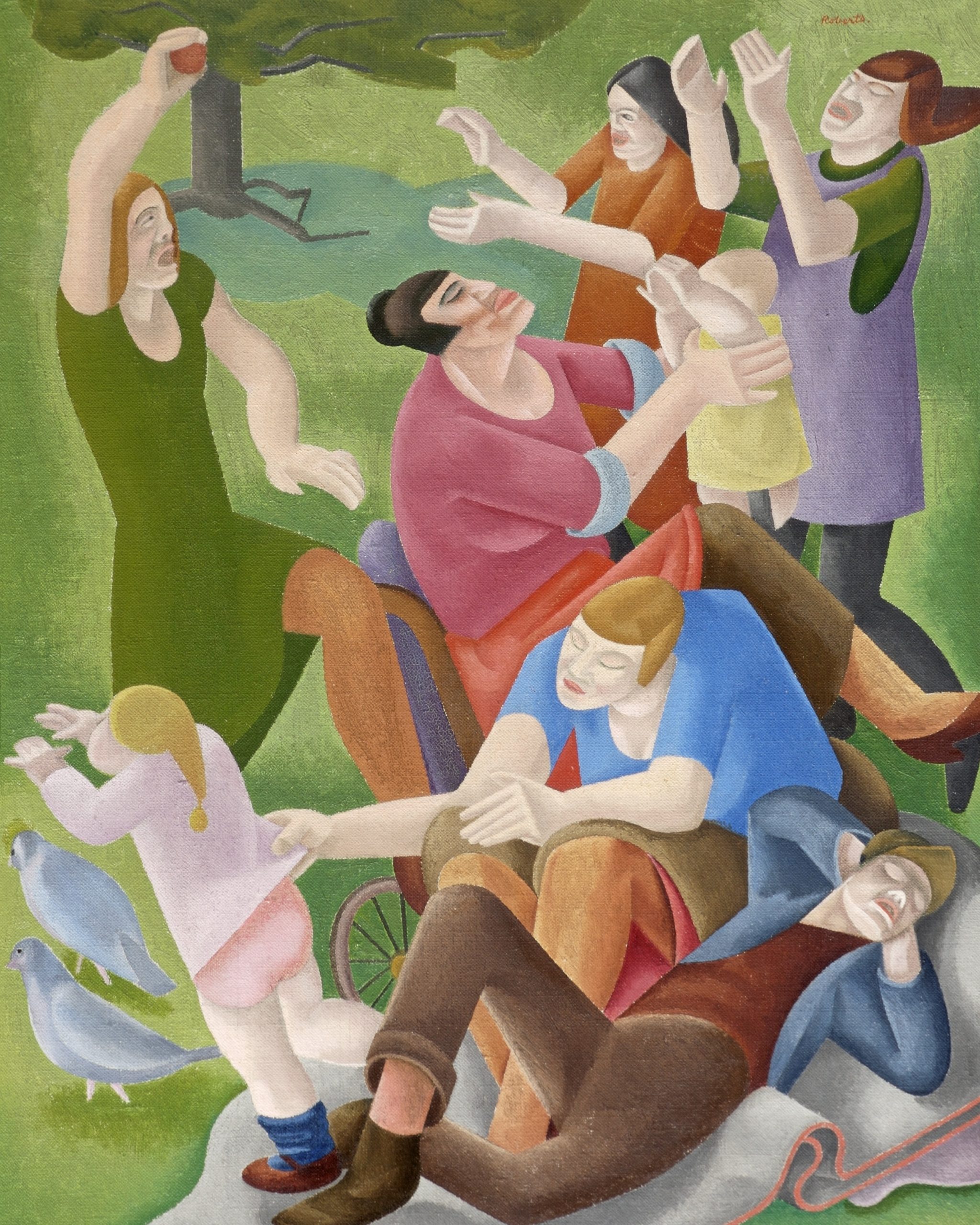 William Patrick Roberts was a British artist who studied at Saint Martin’s School of Art Slade School of Fine Art.

In the years before the First World War Roberts was a pioneer, among English artists, in his use of abstract images. in 1914 joined the Vorticist movement. His work depicted stiff, stylized figures through geometrically simplified forms. In later years he described his approach as that of an “English Cubist”.

In the First World War he served as a gunner on the Western Front, and in 1918 became an Official War Artist, working for the Canadian War Records Office. After World War l, he concentrated on documenting urban life, taking inspiration from everyday Londoner and his observations of everyday life. The angular style of Roberts’s earlier work was replaced by a rounder and fuller style.

Roberts is probably best remembered for the large, complex and colourful compositions that he exhibited annually at the Royal Academy summer exhibition from 1948 until his death. In 1958 he became an Associate Member of the Royal Academy.

Although he turned down an OBE in 1965, he was grateful for the recognition of his achievements. He was elected as a full member of the Royal Academy in 1966.

The Happy Family, 1924, depicts three generations of a family playing in a park. The firm hand of an otherwise serene mother yanks back a curious toddler from chasing birds. Her partner is asleep on the grass. Central to the picture is an older woman who appears to be the grandmother holding a babe at arm’s length, cooing to the child. Above and around the grouping three teenagers boisterously play ball.

By compressing the action into a restricted pictorial space Roberts emphasises the formal design of the figures. Their simplified features and a use of vibrant but flat colour creates a tension typical of Roberts’s work between the abstract and the representational. The treatment of the faces is disturbingly inconsistent. The central women are caricatured with warmth as recognisable maternal images, the ball players have a less attractive flattening of their facial features, whilst the reclining male figure demonstrates skilful use of foreshortened perspective and is the most worked out of all the figures.