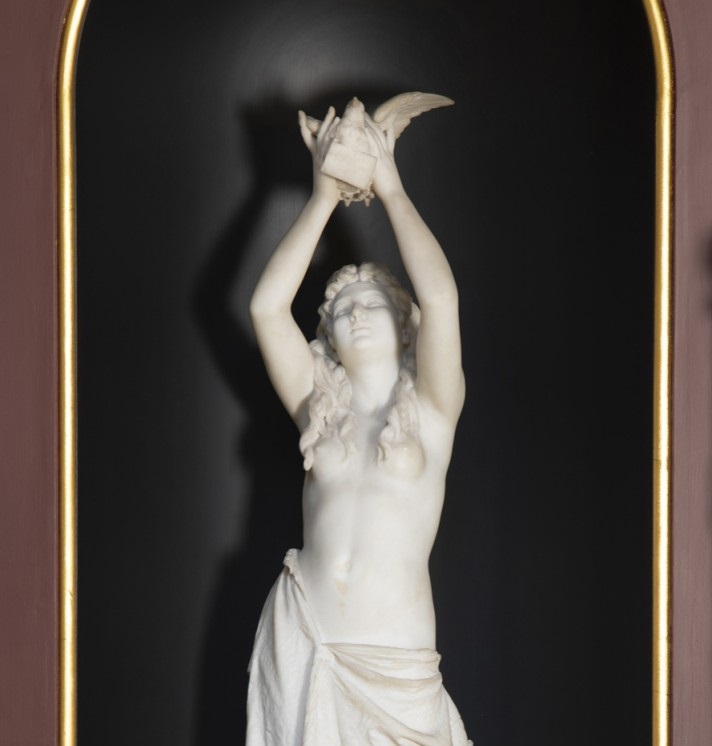 The Love Message is a skilfully carved marble statue, representing a figure of a semi-nude girl with both arms raised above her head, holding a dove with a letter inscribed All’ Amor Mio. It is widely thought that the work suffers from the sculptor’s acquiescence to the fashion for prudery prevalent at the time. The fallen garment, in which there is perhaps little intrinsic beauty, was thought to have caused the attention to wander from the romantic impulse of the moment.

The Victorian sculptor Lot Torelli (1825-1896) was an Italian who studied at the Academia delle Belle Arti in Florence. He also studied in Paris and took part in The War of Independence in Italy. In 1862-65 he attended the Academia delle Belle Arti for a second time. His works include many monuments and portrait busts such as those of Shakespeare as a Youth, Evangeline, and Lord Byron. The Love Message was exhibited at the Royal Academy in 1876. 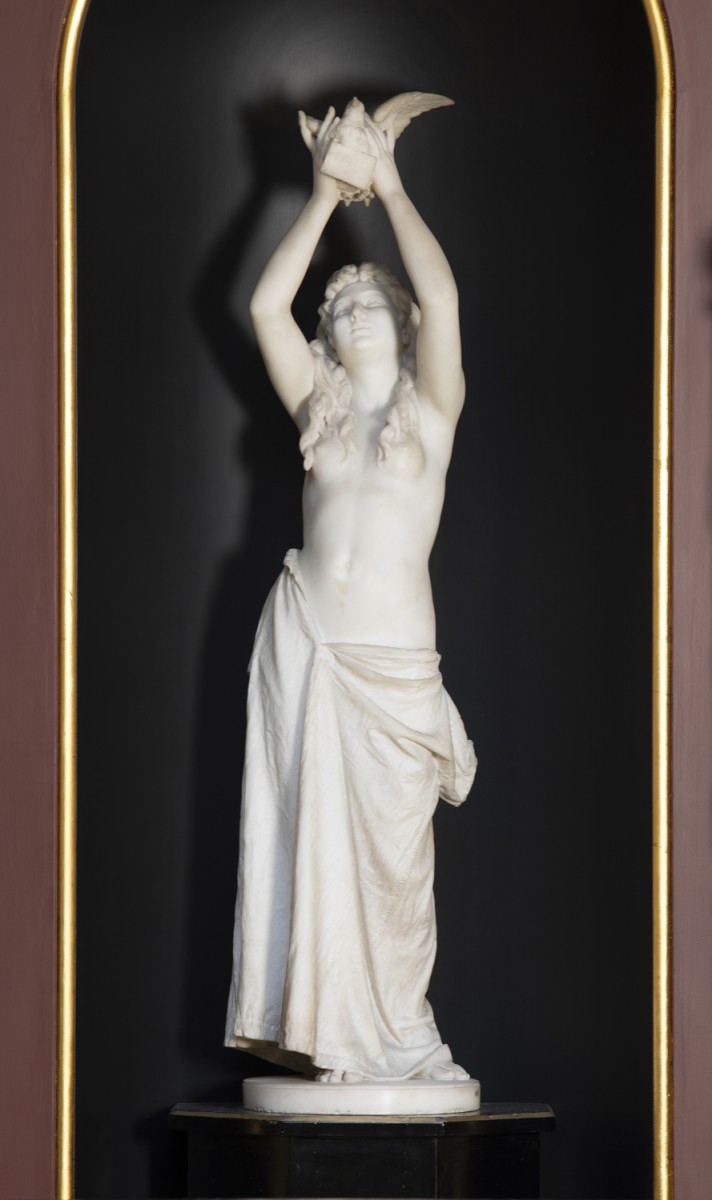