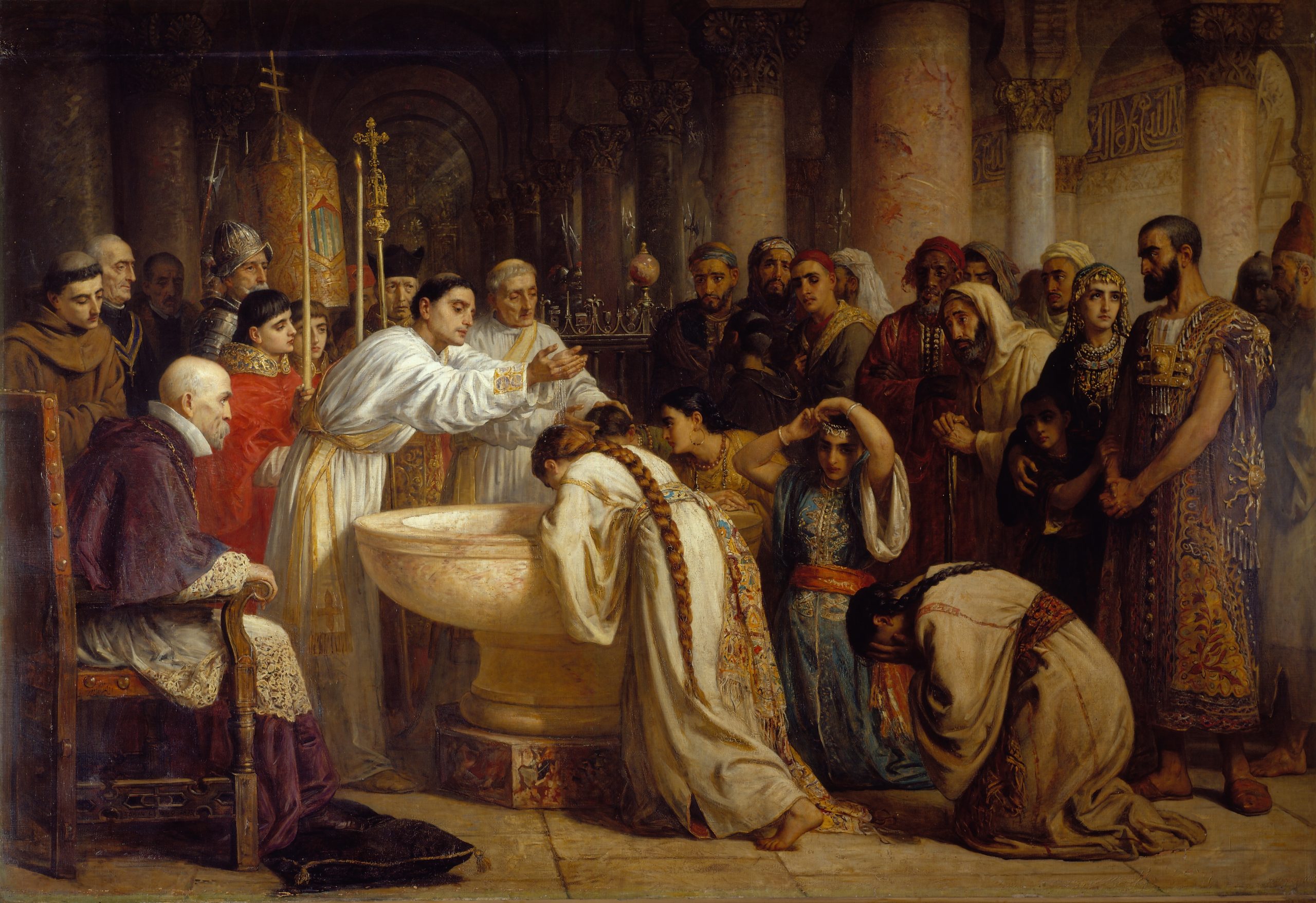 This scene depicts the aftermath of the Spanish invasion and capture of Granada in 1492. Initially the Islamic residents of Granada were protected. By 1500, however, Archbishop Ximenes ordered that all Muslims had to convert to Christianity or face expulsion. Archbishop Ximenes is seated on the left of the picture. He stares triumphantly at the queue of dejected people waiting to be baptised.