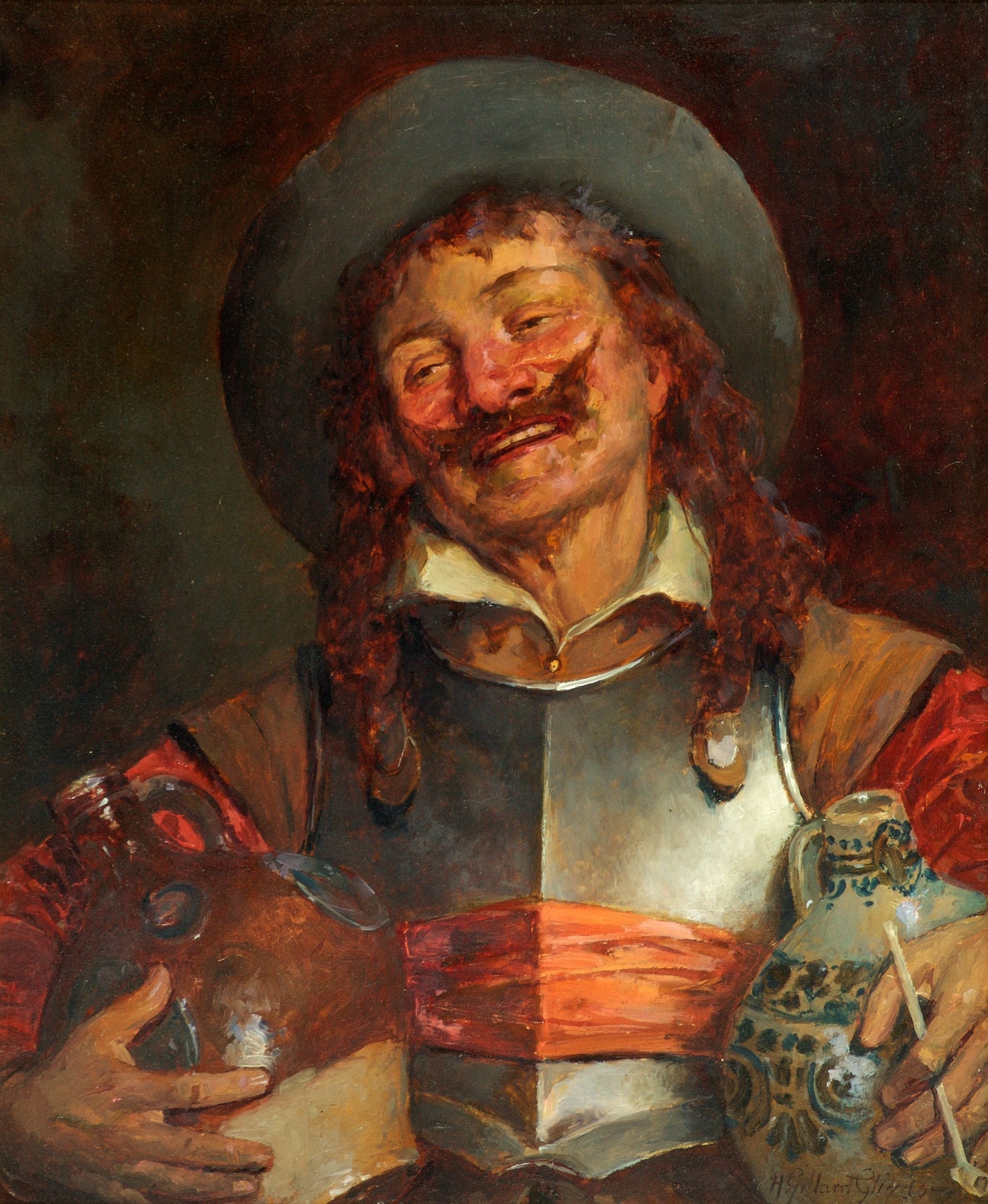 This painting shows a close-up portrait of the stereotypical ‘laughing cavalier’ figure of the 17th century. As indicated in the title, the painting not only concentrates on the face and the breastplate, but the artist has also put a lot of detail in to the earthenware wine bottles, and he clearly depicts the clay pipe held in the left hand. This romanticised view of soldiery hides the fact that most armies of the time were fuelled by drink. Alcohol was considered an essential part of a soldiers’ life. This is one of two works we have by Glindoni.

Henry Gillard Glindoni was born in London in 1852, one of five orphans raised by their grandparents. At the age of 14 he started supporting his family by acting and working as a stage scenery painter. He attended the Castle Street School of Art in London, and at some point, he Italianised his name from Glindon to Glindoni. He was noted for his depiction of period costume in historical and genre scenes. He lived in London and exhibited at the Royal Academy, the Royal Institute of Oil Painters, the Royal Society of Painter-Etchers and Engravers, the Old Watercolour Society, the Society of British Artists in London and the Royal Society of Artists in London.  He lived in Chadwell Heath and died in Romford in 1913.