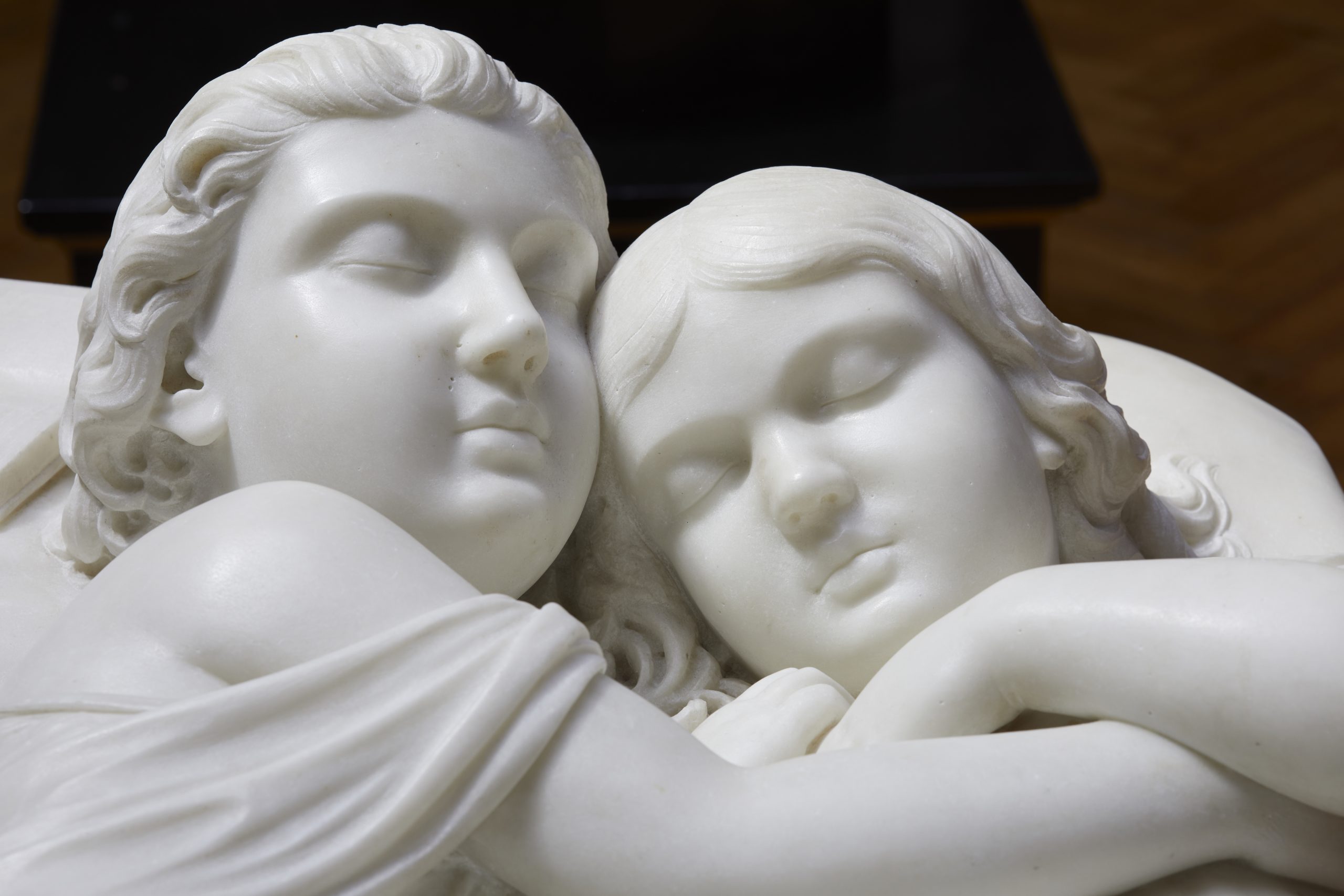 The Princes Sleeping in the Tower

This sculpture is of Edward and Richard, the young sons of Edward IV. In 1483 they were held captive in the Tower of London by their uncle, Richard III. The princes’ fate remains unclear. However, in 1674, workmen at the Tower of London discovered a box containing the remains of two small skeletons, however their identity remains unknown. The theme of innocent children awaiting an uncertain fate was a popular subject for Victorian artists.

Horatia Augusta Latilla was a sculptor who was born in London to Italian and English parents. She married James Freeman (1808–1884) an American painter, diplomat, and author. They made their home together in Rome in 1841 when he was appointed U.S. Consul. She trained in the world-renowned, male-dominated sculpture studios in Italy. For a while artistic pursuits were marginalized as a series of revolts spread throughout Italy in the wake of the French Revolution. Augusta continued her sculpting career throughout her marriage and executed several works that show considerable artistic talent. She also produced portraits of children and made fonts, chimney pieces, and vases, in marble and wood. 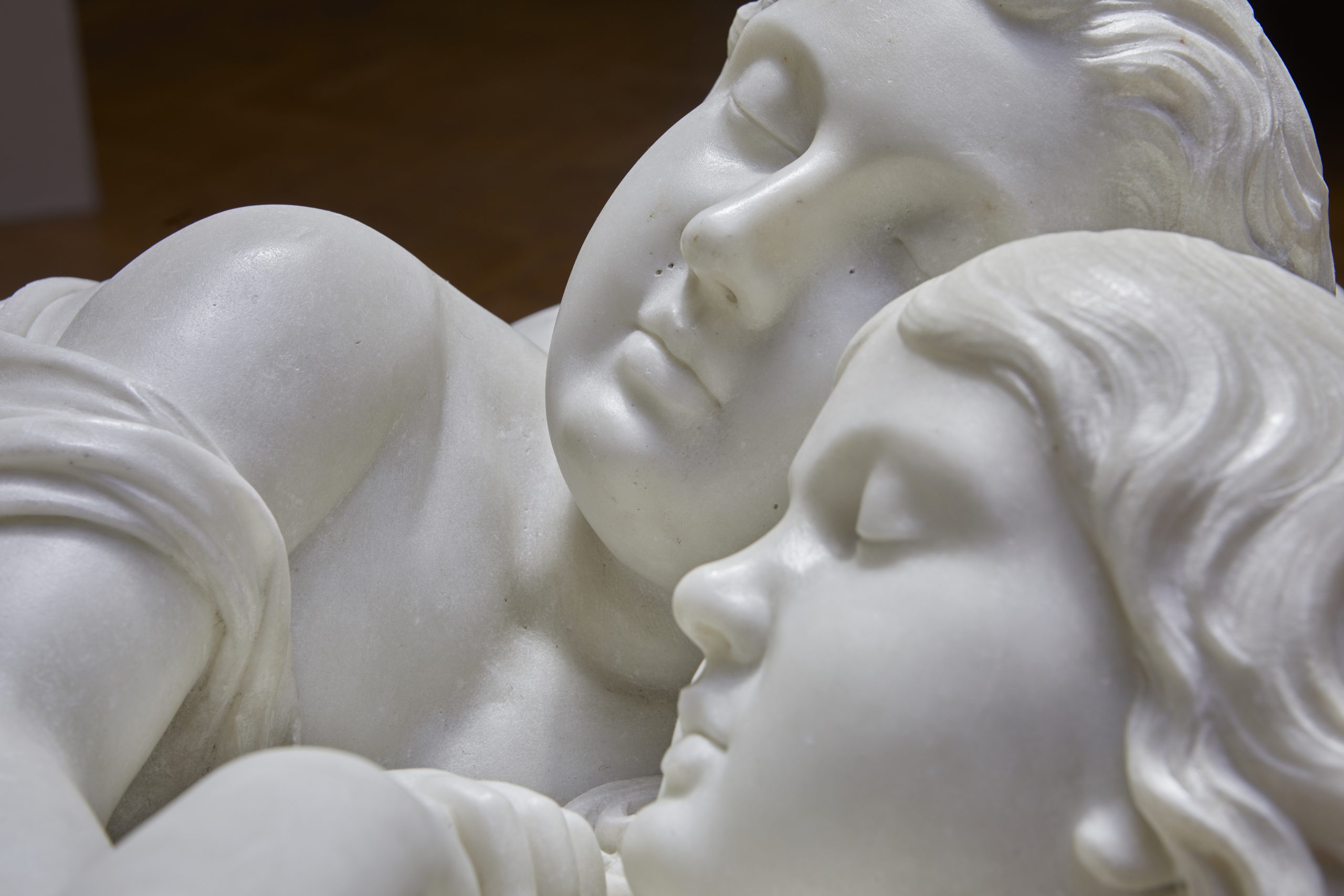 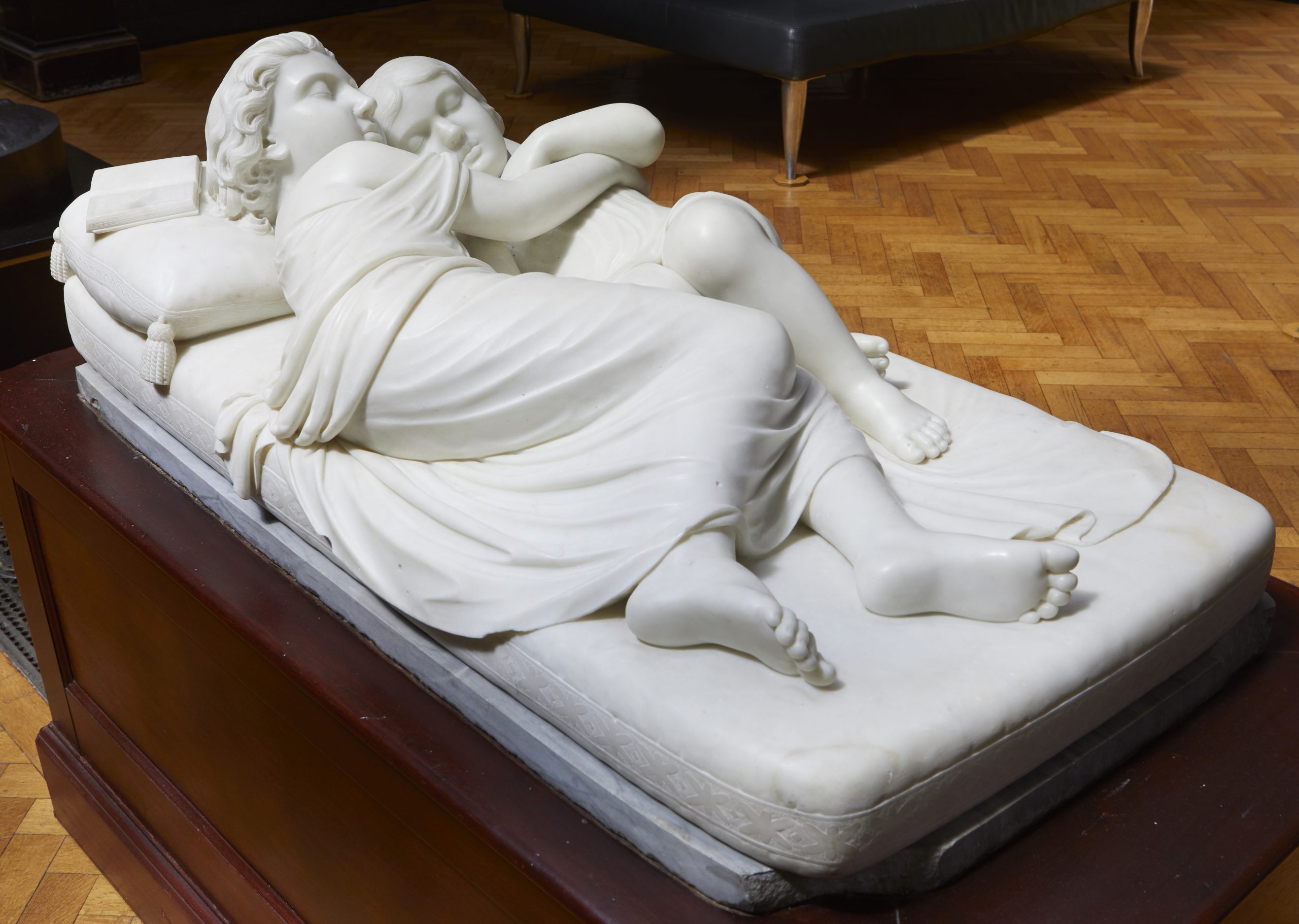 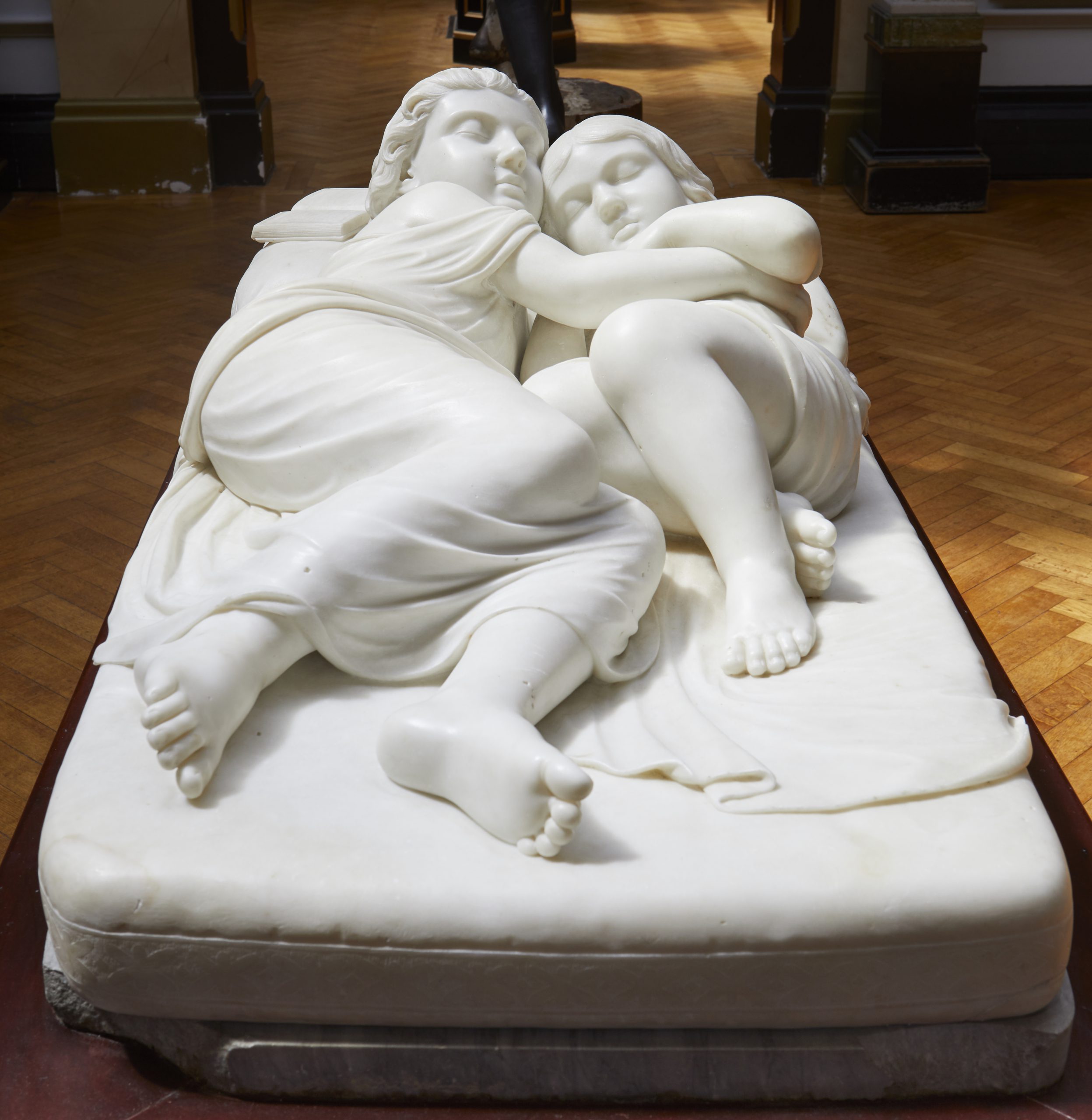